Watch As All the Bond Rats Jump Ship before FOMC Meeting

Markets are just hilarious these days, there is no meaningful investments in the era of High Frequency Trading, Spoofing Algos, Pump & Dump IPO Schemes and ZIRP free money to borrow at the drop of a hat. 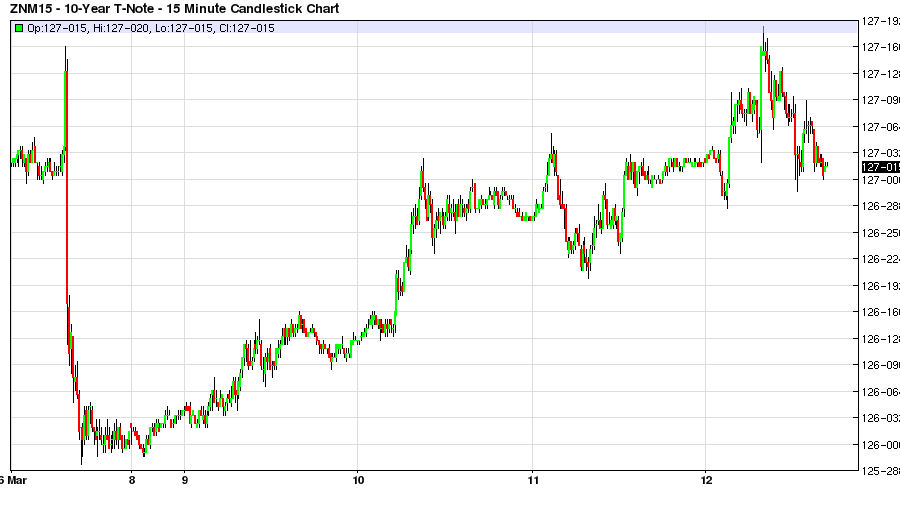 Again after an excellent employment report where bonds are crushed, how many times has that happened in the last year? You would think that after a while bond bulls would just get out of the way before the damn report, but based upon the price action after the reports, there are a lot of slow learners in the bond market.

Bonds & Stocks are essentially the same trade these days 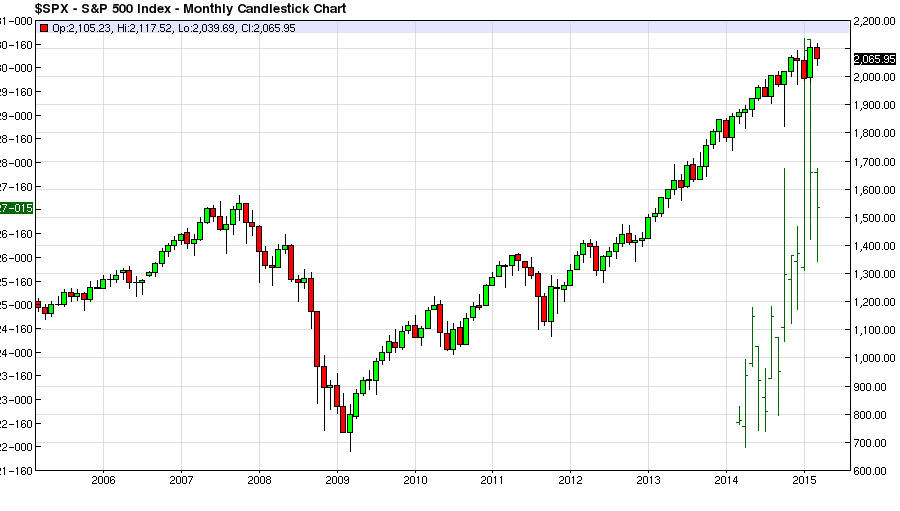 And just like the selloff after robust employment numbers, the following week the bulls buy the dip, just like the equity bulls buy the dip after selloffs. It is really one in the same trade in the era of ZIRP as both are long oriented markets. Likewise, Bond Shorts are slow learners because this pattern keeps happening over and over, and the shorts keep getting squeezed like today based upon the price action. What were you looking for a strong retail sales report?

Retail Sales is a flawed, archaic report which made sense 20 years ago

We haven’t had a strong retail sales report since the internet was invented, it is an archaic report, consumers don’t shop that way anymore, and the data set is flawed. You should never expect a strong retail sales report when even the US Post Office now delivers internet-ordered packages on Sundays! If you happen to get a better than average Retail Sales Report that is just gravy, but traders should never position themselves positively in front of this report, it has missed like 80% of the time.

The Sky Really is Blue, and not Green

Unfortunately for the Bond Bulls, there is an all-important FOMC Meeting next week which could just change the entire market paradigm prism that they have built Zen like obsession with anything yield related. As we speak, there are only four days until Janet Yellen explains herself at an FOMC Press Conference which is never good for Bond Bulls.

Yes, there was a weak 30-Year Bond Auction, but that was no accident. These bond auctions are a complete farce, they are as rigged as the day is long. Maybe in the old days these bond auctions meant something but today they have become a complete joke, a trading event at best. The outcome is whatever the big money in the markets wants them to be! The outcome is decided well in advance by the big players. There is no price discovery process going on with these auctions. You are either on the inside or the outside reacting to the insider’s game. That 30 year bond auction outcome was as good as decided on Monday afternoon. 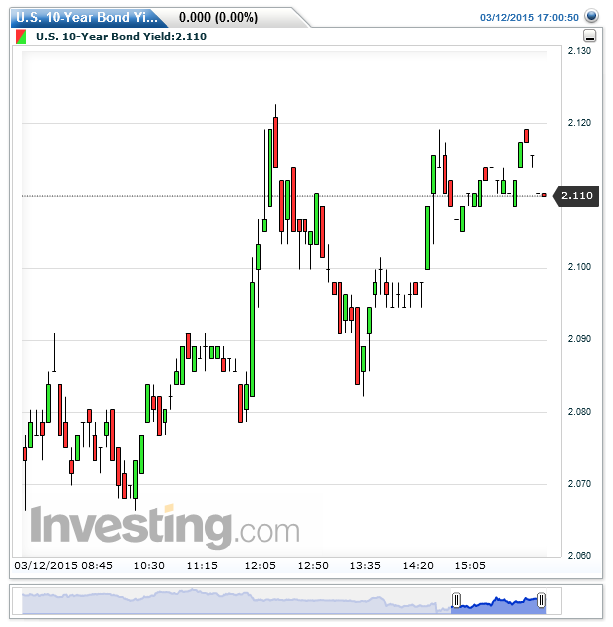 Hence if you want to know the reason that retail sales report was faded so much, or the 30 year bond auction was so bad, all you have to do is look to the economic calendar for next week for your answer. There is a damn FOMC Meeting next week, and not just any FOMC Meeting, but the one where the Fed gives its quarterly outlook, Fed forecasts, and Janet Yellen gets asked a bunch of difficult questions by economists regarding FOMC Policy. 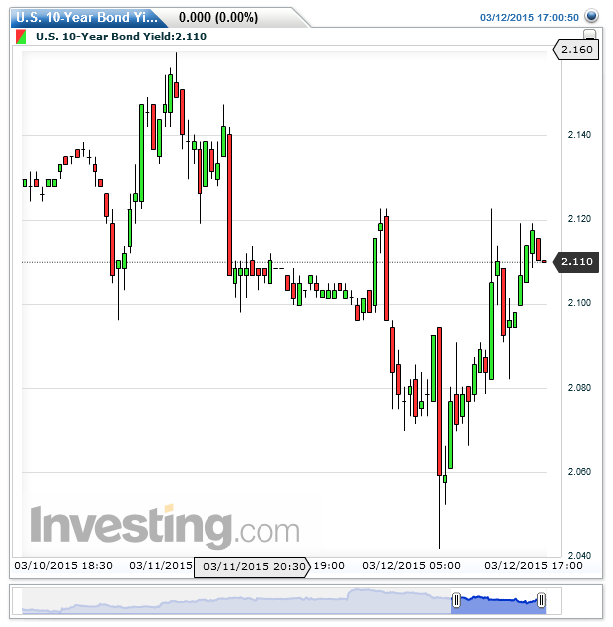 This is not the environment for buying and holding on a boatload of recently profitable bonds in this flipping market world that we reside in, considering Janet Yellen now has to explain why the Fed Funds Rate is still sitting at zero percent with another 250k plus employment report in the background instead of a minus 250k employment report, which is what brought on the drop to zero percent interest rates 7 years ago.

The Fed Has No More Patience 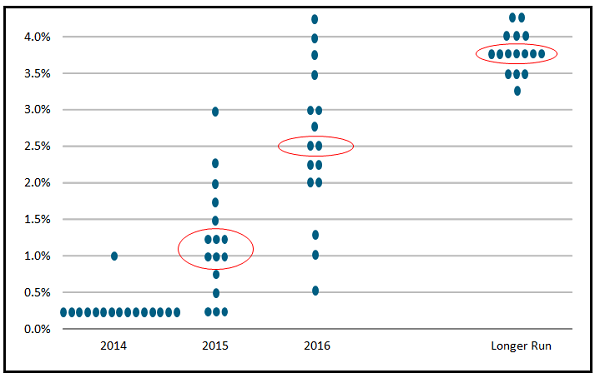 It takes just one word change, a slip of the tongue, two Fed member descents, not to mention an outright signal to the markets that June is indeed the date for the first rate hike, and bond markets are getting crushed like a 20-year old Ford Bronco at the salvage yard. This is the real reason bonds started selling off after the early morning ramp up, and the reason any spike-up will be heavily sold into going into Wednesday’s FOMC Meeting, Forecasts and Press Conference.

Liquidity is Never There when you Need It

Next week is all about the Fed, and the positioning or should I say De-Positioning will be taking place right up until the last minute of this all-important Fed Meeting. In short, would you want to be holding onto your profitable bonds when there is a 50% chance Janet Yellen drops the bomb and signals a June Rate Hike? Remember there is plenty of liquidity before the announcement, but not an ounce of it for longs after the announcement if she drops the hammer. This is why the Bond Bulls will be scurrying from the grain storage bins before tomorrw’s Quarterly FOMC Meeting, they can hear the farmer coming up the path.