A Crude Boom Built on Sand

The price of West Texas Intermediate (WTI) has now dropped below $50 per barrel (bbl). The last time the price of oil was at this level was during the collapse of oil prices that began in the second half of 2008 and that ultimately took oil prices into the $30s/bbl. While I don’t think we will see prices sink that low this time around, it still isn’t clear that the decline that began last July is slowing. 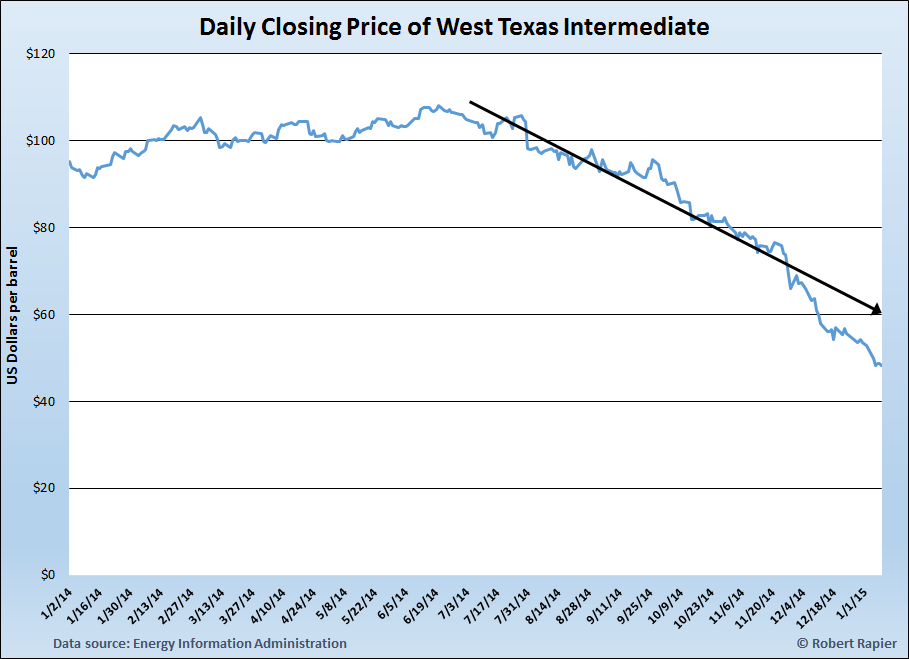 In hindsight, that 2008-9 collapse was short-lived. After reaching the low $30s in December 2008, oil prices recovered back to above $100/bbl just 15 months later. Many oil companies and oil services companies saw their share prices double or triple in value within two years of those 2008 lows.

Might the current oil price collapse represent a similar opportunity? Perhaps. But we first need to understand the reasons behind it. 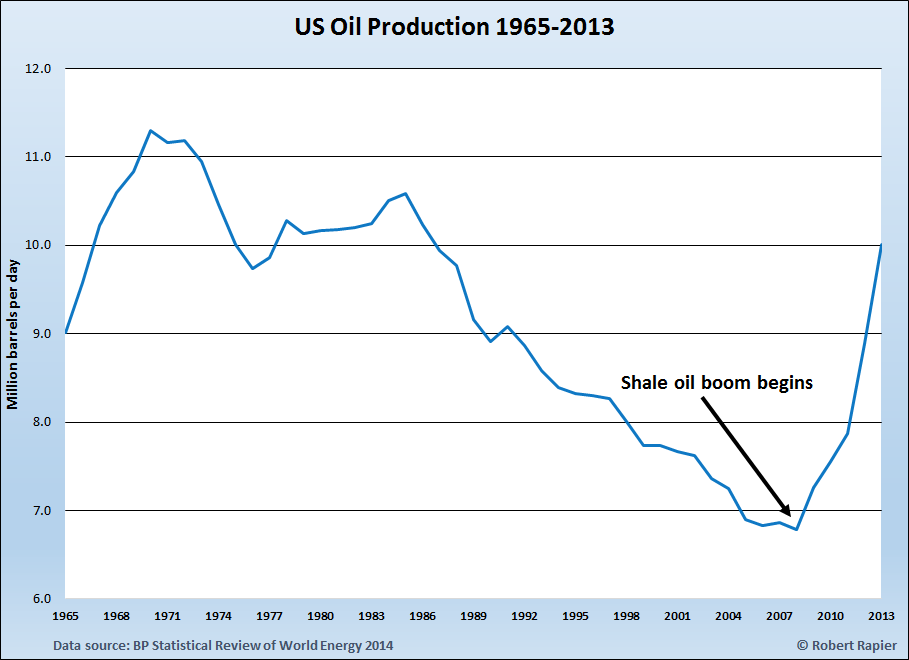 But demand was increasing as well, mostly keeping pace with the new production coming online. This kept upward pressure on oil prices, which spurred reductions in discretionary oil consumption in developed countries. Thus, over the past few years the U.S. has experienced conditions of rising oil production and falling demand – a recipe for lower prices eventually.

The flood of new U.S. oil production first overwhelmed demand in the U.S. Midwest, dropping prices there. But as new pipelines were opened, the flood ultimately worked its way to the Gulf Coast, which began to push out crude oil imports as many refiners switched to the cheaper domestic crudes. Thus, even though the U.S. has an oil export ban in place, the increase in U.S. production ultimately increased global oil supplies by displacing oil that the U.S. had been importing. This new flood of oil supplies from the U.S. was ultimately a major factor in crashing the global price of crude oil.

But oil at less than $50/bbl isn’t sustainable, because the marginal cost of production in the shale oil basins that have added most of the new production over the past five years is above that price. In October, while oil was still at at $80/bbl, Bloomberg highlighted the breakeven costs in a number of different shale oil plays: 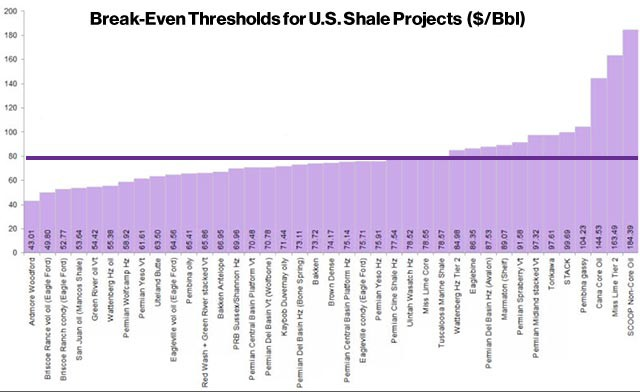 While the weakness in oil prices will probably persist into the first half of 2015, global demand for oil continues to grow. In fact, global oil consumption has increased in 18 of the past 20 years and has set new records in each of the past four years. This means that without a scalable substitute for oil – and there is certainly nothing I see on the horizon – the price of crude will bounce back. Shale oil production will once more become profitable. When it does, one segment should shine.

The hydraulic fracturing (“fracking“) that has enabled the shale oil revolution involves pumping water, chemicals and sand through a horizontal oil or gas well under high pressure to break open channels (fractures) in the reservoir rock. The sand grains hold those channels open, allowing the oil and natural gas to flow to the well bore. As the practice of fracking grew, the use of sand expanded disproportionately: more wells were drilled and the producers also got better results by using more sand on each well.

The few publicly traded players that produce the sand used for hydraulic fracturing have seen their fortunes rise and fall with oil prices. In the next issue of MLP Profits, I will analyze the valuations of sand production MLPs Hi-Crush Partners (NYSE: HCLP) and Emerge Energy Services (NYSE: EMES) – as well as the upcoming IPO of Smart Sand Partners (SSLP).

Infographic of the Day: Social Media in The Workplace

Job Survival in the Age of Robots and Intelligent Machines

Job Survival in the Age of Robots and Intelligent Machines