The “Hidden” Billions in the Alibaba IPO

How many times have you been reading about a long-ago historical event – or been watching a documentary about it on the History Channel – and thought to yourself: “Wow, it would’ve been really cool to have actually been there to see this happen.“

I couldn’t agree more. As a big history buff myself, I find myself making that statement on a regular basis.

But I’ll also make this observation: The same folks who get so turned on about events from the distant past are often the last to recognize current developments – what you and I would refer to as “history in the making.“

And one of the best current examples of “history being made” is the looming initial public stock offering (IPO) of Alibaba Group Holding Ltd. (NYSE: BABA), the Chinese Internet heavyweight whose shares are scheduled to price tomorrow and begin trading Friday.

If you at first find it tough to characterize a stock offering – no matter how big – as a “historic event,” I can certainly understand.

But “historic” it is…

The Alibaba IPO is shaping up to be the biggest offering in U.S. history and could easily snag the title as the heftiest debut on Earth.

The transaction is likely to ignite several more years of exceptional growth for the company.

And the deal could bestow life-changing profits on investors shrewd enough to position themselves for something we refer to as the “Alibaba Shockwave Effect.“

Before we explain how this Shockwave is spreading through the markets, let’s give you the latest update on the IPO itself.

On Monday, Alibaba confirmed speculation that demand for its shares was so high that the Chinese e-commerce giant was forced to raise the share-price offering range from the initial $60 to $66 all the way to a range of $66 to $68.

Even the academics understand this is a “historic” event.

“Demand for Alibaba shares has been sufficiently strong that the order book is being closed early,” Laurie Simon Hodrick, the A. Barton Hepburn Professor of Economics at Columbia Business School, wrote in a Fortune magazine essay published yesterday:

“The increase in the offering price announced after [Monday’s] market close, raising the maximum price from $66 to $68, could indicate in part greater overall IPO appetite and more investor confidence in growth prospects for other firms. Many Internet and tech companies have filed IPO paperwork but not yet gone public, including Box Inc., GoDaddy Inc., HubSpot, Lending Club Corp., and Vivint Solar. These firms await Alibaba’s performance before moving forward with their own offerings.”

Alibaba is dominant in its home market. And that market is soaring.

In a brand-new report, analysts at the Australia and New Zealand Banking Group Ltd. said that China last year leapfrogged the United States to become the No. 1 online marketplace in the world. Online-shopping spending there reached $298 billion in 2013, easily surpassing U.S. sales of $263 billion.

And the growth rate was dizzying: According to German research firm yStats, China’s consumer e-commerce market soared more than 60% in 2013.

Those are “rearview-mirror” numbers, though. When attempting to value a stock like Alibaba, investors demand to know: “What’s next?“

The answer: China’s online market will continue to zoom – and at a frenetic rate.

This isn’t happening all by itself.

Beijing, you see, is doing all it can to fuel this advance.

China’s leaders govern in part by crafting long-term plans that establish goals for the overall economy and for key sectors. Those plans also establish the policies, incentives, and catalysts needed to move those initiatives along.

In China’s “E-Commerce 12th Five-Year Plan For 2011-2015” (that’s what it’s called), the Ministry of Industry and Information Technology focused on making China a true global powerhouse in e-commerce – and I mean a bona fide worldwide leader in this digital transactional realm.

And in that plan is a very interesting element – something I believe will benefit Alibaba in a major way. 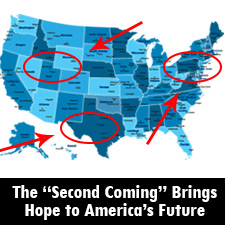 Beijing wants China to be a global leader in e-commerce. But it’s also trying to push the overall economy away from its export-driven roots and remake it as a market that’s driven by domestic consumer spending – more like what we have here in the United States.

And China’s leadership sees the e-commerce sector as a key piece of that desired shift.

You’ll start to see Chinese policies that are conducive to consumer spending and to e-commerce. That will be beneficial for firms such as Alibaba, because it means those companies can move forward with Beijing’s tacit backing.

Because of its business model, Alibaba is perfectly positioned to keep capitalizing on China’s e-commerce revolution.

Alibaba operates very much like eBay: It doesn’t keep and manage a product inventory, but instead acts as a “middleman” that brings together buyers and sellers – and taking a “cut” of the transactions that take place.

According to the Alibaba IPO prospectus, the company currently has 279 million online customers who last year bought $248 billion worth of “stuff” from Alibaba’s dedicated e-commerce sites – including Taobao, the online shopping mall that it operates.

That “net revenue” number is only a fraction of the $246 billion in revenue that global merchandiser Wal-Mart Stores Inc. (NYSE: WMT) generated last year.

With investors, however, it’s the growth that the underlying company is projecting that will drive share prices.

And the growing group of “Alibaba bulls” believes the “right” catalysts are in place to fuel the company’s growth engine.

And there’s still plenty of growth potential in mobile devices. Researcher IDC has said that smartphone shipments in China will surpass 450 million units this year, up from 351 million in 2013.

Even better: Smartphone sales in China last year accounted for one-third of all global sales.

China’s consumer culture is also an asset Alibaba can capitalize on, says Eugene Fram, an international market expert and a professor emeritus for the Rochester Institute of Technology Saunders College of Business.

“China’s culture is one based on stability,” Prof. Fram told me during an interview Monday night:

“That means the government policies are designed to protect domestic firms against competition from outsiders – making it very tough for rivals to move in on Alibaba’s turf. And, as you said yourself, Bill, the central government’s plans are focused on nurturing the very business that provides Alibaba’s livelihood.”

Jack Ma, Alibaba’s founder and chairman, seems to agree with Prof. Fram’s assessment. In fact, Ma recently hinted that his company can count on an even-more-loyal audience in its home market of China than a longer established company like Amazon.com will find in its home U.S. market.

In an interview, Ma said that:

“In other countries, e-commerce is a way to shop; in China, it is a lifestyle.”

I know from my own time working as a business reporter in China that Ma is right on target with this assessment.

But that same experience has long told me that Ma is too ambitious and too aggressive to settle for being China’s King of E-Commerce.

During the “road show” leading up to the IPO – in meetings with the institutional players who were scouting Alibaba’s shares – Ma, the company chairman, adopted a new message about his company’s future.

In essence, Ma told investors to stop thinking about Alibaba as a “Chinese Internet company.” Instead, they should start to look at the firm as “an Internet company that happens to be based in China.”

In other words Alibaba has major global aspirations.

If the company debuts with a market value of $168 billion, as we said earlier, the $1 trillion market value isn’t really a stretch. You’re talking about a sixfold return.

Baidu Inc. (Nasdaq: BIDU), another Chinese e-commerce firm, demonstrated this could be done. The company made its U.S. debut in 2005. And the stock has surged 1,600% from its first-day closing price. Over the past nine years, in fact, the stock has outrun Apple, Amazon.com, and Google Inc. (Nasdaq: GOOG). And it’s still growing: When it reported its second-quarter earnings back in July, Baidu said earnings grew 34% on a sales advance of 58.5%.

This is one of those paradigm-changing profit plays that only come along once in a great while, and we want you to look back and know that you were part of history – because you recognized it while it was happening.

EDITOR’S NOTE: Bill has always been on the lookout for unique ways to play the market. In fact his latest play is a chance at a huge 149% gain. This has nothing to do with the “obvious” market moves that have been bandied about on the Internet. But it has everything to do with a company most people have never heard of before… one that’s set to generate nearly $60 billion. Go here to check out this and other opportunities Bill is researching.