Some Stock Buybacks Aren’t So Smart

Near A Market-Top? Then Buybacks Aren’t So Smart

Corporate after-tax profits have nearly tripled since the end of 2008, yet with little boardroom enthusiasm for investing in growth a lot of that money is parked in the vault.

Non-financial corporations now hold a record $1.8 trillion in liquid assets, up 30% since 2008. With all that idle cash sitting around earning bupkes, it’s no surprise that we’re in the midst of a corporate renaissance in returning cash to shareholders either via dividends or stock buybacks.

And it’s share repurchases that are getting plenty of love lately. The PowerShares Buyback Achievers ETF (PKW) has managed to outperform the none-too-shabby return of the S&P 500 as represented by the SPDR S&P 500 ETF (SPY) and the SPDR S&P 500 Dividend ETF (SDY): 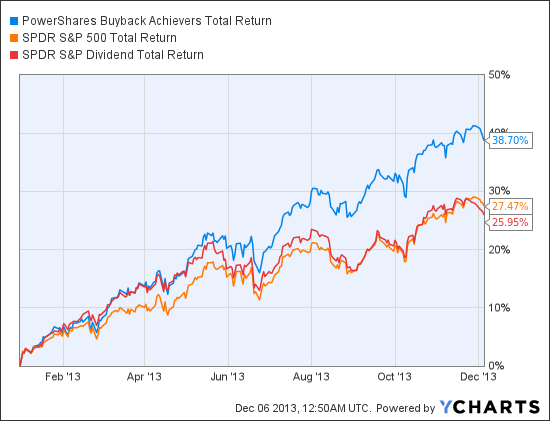 Goldman Sachs (GS) recently called out share repurchases as an investing theme for 2014. It forecasts S&P 500 companies will spend $600 billion on repurchases in 2014. That would be 32% higher than the latest 12-month outlay reported by FactSet. (For the record, Goldman Sachs is part of the trend as it has repurchased 8% of its shares this year.)

And, no, that doesn’t include the $50 billion Carl Icahn reportedly wants Apple (APPL) to add to its current $60 billion repurchase program.

There are two broad schools of buybacks. The smart repurchase is when a company sees its shares as undervalued and takes on a measured approach to invest in itself and return value in the form of more earnings per share. The dumb repurchase involves financial engineering to provide some short-term juice to earnings per share regardless of valuation or regardless of whether the longer-term strategy is screaming out for investing more in growth opportunities.

Right now anything buyback-related seems to be sprinkled with magic fairy dust, but that’s a trend that can stop as fast as it started. Owning the smart repurchasers and avoiding the dumb always makes sense, but is especially apt now.

With the S&P 500 up nearly 70% since the October 2011 trough, and the market multiple, measured by PE ratio, having expanded 25% this year, it’s not as if there’s a blanket smart value play going on. That said, we’re still not near the ill-timed buyback peak of 2007-2008 when the buyback yield (outlays on repurchases as a percentage of market cap) rose above 5%. Today the S&P 500 is at about half that level.

The YCharts Stock Screener shows that, in pure dollar terms, Apple and Exxon Mobil (XOM) have shelled out the most among S&P 500 companies to buy back shares over the past 12 months. They can indeed make an easy case that their valuations are at the low end of their norms. Exxon has been using a long-term repurchase plan for years to return capital to shareholders.

But re-sort that screen by buyback yield and you start to see some sketchier buyback stories. Among the top 10, Yahoo with an 11% buyback yield isn’t looking like much of a value play. The only way you can call a 32 PE ratio a value is if you compare it to Yahoo’s cyclically adjusted 10-year PE ratio of 43, but that includes years when Yahoo could still ostensibly be considered a growth company. A chunk of its recent repurchase was to usher Dan Loeb and his activist Third Point hedge fund out the door by directly repurchasing 40 million shares. Yahoo’s aggressive repurchasing has also helped reduce outstanding shares enough to keep the latest earnings-per-share chart from showing a decline below where its mostly been treading since 2011. 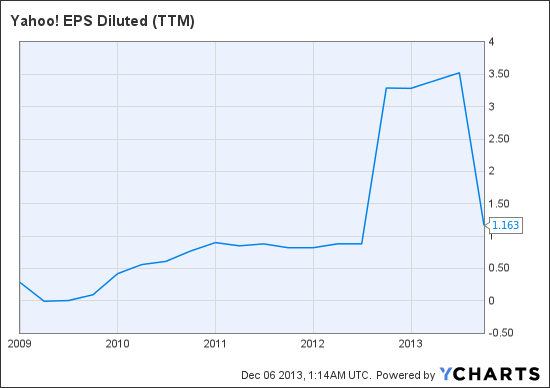 But with Yahoo revenue down 4% over the trailing 12 months — continuing a long-term trend — it’s interesting to choose to buy back shares rather than invest more in strategic growth initiatives. With a 24% stake in Alibaba, which is nearing its IPO, Yahoo is about to have another large chunk of cash to allocate. Buybacks don’t seem like the path to a turnaround.

AT&T (T) is another head-scratcher. Re-sorting our Stock Screener to rank by 12-month spending on buybacks, AT&T’s $15 billion is behind only the $22 billion by Apple and Exxon Mobil’s near $18 billion in buybacks. With a dividend yield above 5% it’s not as if AT&T doesn’t already stand out for returning capital to shareholders, yet it chooses to also pile on buybacks despite trading above its normal valuation. 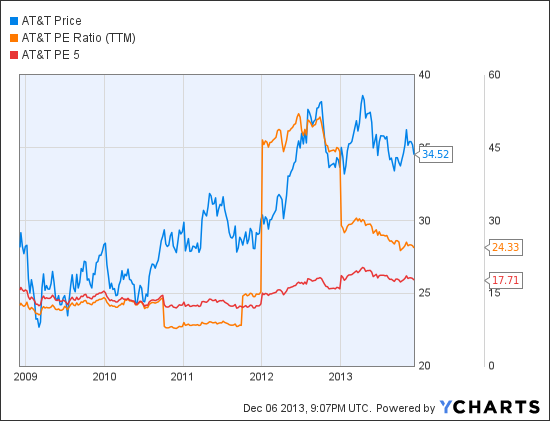 Unleash some financial advisor tools on these stocks and others.