Today the Hindenburg Omen has issued a signal, it’s first since August of 2010. But it’s with a cursed asterisk courtesy of the WSJ. I’m going out on a limb (but not by much) by making this declaration because according to the official source of the data, the WSJ, only 84 new 52 week lows were attained today while 87 were required for the signal.  The minimum required number of 87 new highs was attained.  We’ve seen enough of this my friends.  At least a half dozen times in recent years we have seen the data from the WSJ get “pinned” just shy of requirements for the HO to go off.  Each time that happened a sharp market sell-off ensued in the days and weeks following.  There comes a time when we have to recognize that just as in the game of “hand grenades”, sometimes close is close enough.

I also think we’re at that point when a person just has to step up to the plate and say “Ok, enough of this false reporting shit habit”.  Or call it “incomplete market data” or whatever you want.  According to StockCharts there were 132 new lows registered today and that’s such a giant disparity that we can be pretty damned confident that the WSJ is being disingenuous today.  It’s not the first time either.  Just telling it like it is folks.


Contrary to claims by some very well known and respected analysts, people I myself respect a great deal, including Dr. Robert McHugh, Sentimentrader and Stockcharts‘ contributing author, Mr. Arthur Hill (along with a few others), the Hindenburg Omen has not issued any signals in recent weeks or months… not once since August of 2010.  It did not issue any signals in December as claimed back then.  The signal issued today is official, because, believe it or not, it’s important to use the correct rules for crying out loud.

Why so many ‘analysts’ insist on using the old rules and still screw up half the time, even with those, is something I can’t quite understand.  That sloppy practice is one heck of a good example of the truth in the old saying “A little knowledge is a dangerous thing“.  Having said that, I do want to make it clear that I have a ton of respect for the names above even though they are either using old rules or, as in the case of Mr. Hill, they are simply misinterpreting one very strict rule… and that being the rule regarding the 50 day moving average on the NYSE.  In fact, to his credit, Arthur Hill corrected his article so that it stated the Hindenburg Omen “almost” went off upon learning that he’d ‘misread’ the rule regarding the 50 day moving average.  Well the truth be known, it didn’t really “almost” go off at that time either because it was simply “off-line” due to the violation of the 50-day moving average rule.  You can’t watch your favorite game show on television if it’s not plugged into the wall.

The rule is very simple:  The HO is turned on only when the 50-day moving average is climbing.

I also want to make it very clear, I consider the sources mentioned above to be very credible… it’s just that with the recent declarations of a “UFHO” sighting they’ve just made an innocent error. A couple of years ago when the inventor of the HO, Mr. Jim Meikka, made a few fairly important and very reasonable rule changes in order to account for the increased numbers of ETFs and bond funds, those changes were not broadcast widely.  So it’s understandable that some analysts are unaware of them.   I only discovered them myself by keeping close tabs on what Tom McClellan has to say each week (more on that below).

I am using all the rules as dictated by Mr. Meikka, including the changes referred to in the above paragraph. And of course, in order to maintain consistency, we still use data obtained from the one and only official source, the WSJ.  Due to the fact that there were so many erroneous claims of an HO signal recently, I found it necessary to confirm that it wasn’t ‘me’ who was behind the 8-ball – perhaps there had been a change that I was unaware of.  I couldn’t imagine why any further recent changes would have been necessary and I highly doubted Mr. Meikka had initiated any.

Nonetheless, in order to make certain, I had a recent telephone conversation with Tom McClellan of McClellan Financial Publications, in which Mr. McClellan was kind enough to reaffirm that my understanding of all the rules regarding the Hindenburg Omen are correct.  And Mr. McClellan would know… it’s his father’s own indicator (NYMO) that forms a large component of the HO’s inner workings.  As well, Tom McClellan is a friend of Jim Meikka and, as such, he would be aware of any recent changes in the rules.  There have been none.  I might add that not only was Tom McClellan very helpful, he’s flat out a fun guy to talk with. Now that that topic is finally put to bed, we continue to the meat of the matter for today.

Today’s Signal May be Ignored

Pertaining to that last rule, what’s even more likely is that with so many false alarms having been issued by those who seem to have the extreme craving to “be the first to report it”, the main stream media probably won’t even mention today’s HO signal.  That’s a sad situation because in its own right an HO signal at this ungodly stage of an incredible madness induced market rally could almost be seen as an historic event.  We’ll see!

As well, the general sentiment is so diabolically complacent thanks to the madness of bankers and the resulting euphoria that madness creates among the uninformed masses, that any mention of any type of signal that indicates the market just might be in the earliest stages of a crash simply will not be tolerated. Ignorance is bliss as they say.

So that’s it… all requirements for a signal were met only moments ago.  So the HO went off today and I imagine so will half the bears out there in Stockworld.  But before they do, it’s very important to have a clear understanding about what this all means….

So What Does it Mean When the HO Issues a Signal?

If you haven’t done so, I highly recommend you read So The HO Issues A Signal. What Happens Next? In fact I’ve been recommending for a year and a half now that investors should read that piece before the HO issues a signal just so that you know ahead of time exactly what to expect.  If you haven’t read it yet no worries, just read it now so you know what the odds are of various outcomes in the weeks ahead.

In a nutshell, despite the ominous name, an HO signal does not necessarily mean “Ok ladies and gentlemen, I advise that you now begin to panic.” Nor does it necessarily imply that a life changing, market crashing, ‘death to many businesses’ event is about to happen.  It is just that the odds are now 27% that such an event is about to occur, based on the historical record.  But let’s not fool ourselves, with a global credit crisis 100 times worse than any ever before seen in the history of the solar system, we should consider a signal from the HO as most likely being fairly serious this time around.  As in… “the odds of an iron meteor the size of New Jersey slamming into our planet are only 27%”.  Only 27 percent! Things could be worse!

Some Decline is Very Likely 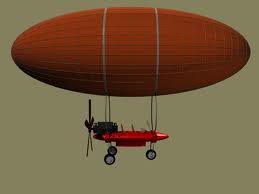 But in the name of calm, we also need to recognize that if past history of HO signals (and what occurred after them) is an accurate guide for what would happen this time around, the greater odds suggest a somewhat milder correction than what most people might envision.  Keep in mind that the HO is not designed to tell us what size that correction might be.  All it has done is to alert us to the fact that a relatively rare extreme condition has been reached in the markets that reveals an unusually high degree of polarity.  It reveals that there are relatively few healthy horses pulling the stock markets uphill these days. And while they struggle to keep the market afloat, there are now plenty of horses pulling the old stock wagon downhill at the same time, and even as the 50 day moving average of the NYSE is heading higher.

Bottom line? The odds of further upside are almost non-existent when so many of the animals in the stock yard are pulling in opposite directions. Animals like that superstud of a corporation Amazon, with a P/E ratio of 28000:1, recapturing all of it’s 10% slaughter after the earnings report about a year ago and then tacking on another 4% the next day… as compared to that AAPL with a measly $100 billion in the bank, falling more than 39% since its Sept. high. See what I’m talking about? That’s the kind of polarity the HO detects market-wide. The odds are 93% that something is going to break at least a little bit. There is a 54% chance that it will be a decline of at least 8-10% (the entire data list is posted below).

The Signal is Only Halfway Complete

Keep in mind today’s signal is only the first of two required, one which Mr. Meikka calls the “initial signal”.  In order for the HO alarm to go off officially, a second signal must be issued within 36 days.  That second signal usually occurs within a much shorter period than that though.  It could happen tomorrow, next week or the week after that.  Nonetheless, although the signal is not considered “official” until that second occurrence, let’s be realistic.  We as investors have now been given ample evidence of the high degree of stress within the market.  And by “high degree”, I think that the fact that the HO issues signals fairly rarely is evidence enough that any HO signal is an outlier.  This is one more reason why it’s so darned important to weed out the false claims of an HO event.  The legitimate ones just don’t happen that often.  So even though today’s signal is just the first, I sure as heck would not remain long or consider buying the dip at this point regardless of whether or not we see a second signal from the HO.  It would be idiotic to wait for a second signal before we finally recognize what is actually happening inside the guts of market.

From the piece I mentioned above about “what happens next“, below is a brief summary showing the odds of what will happen based on the entire history behind the HO since 1985.

These are Not Guesses

These are hard facts based what happened previously over two and a half decades of pure Hindenburg Omen history:

Wishing all of you the best. Stay safe.

Frankfurt Newspapers – What Are They Thinking?

Bitcoin: How about a Sinker for a Fishing Line?

Bitcoin: How about a Sinker for a Fishing Line?