As of Friday, for all intents and purposes is seemed as though the new Syriza

Goobermint of Greece Kapitulated to the the Krauts, continuing onward with the Bailout regime established by the Troika, although with a face saving caveat that they are supposedly going to renegotiate points over the next 4 months.

That isn’t a bad plan, they do need time to figure out exactly WTF they will do once completely cut off from the Western Banking system, all their local banks FAIL, and they have zero money worth anything to pay their goobermint workers with.

The problem of course here is that they went in with a very Hard line and a Mandate from the electorate NOT to continue onward with the bailout regime under any circumstances, and to throw off the Debt Slavery Choke hold held on them by the Krauts. When push came to shove, the Academic Marxists running the Syriza show just could not do that. Why NOT?

The issue here is, these folks want to remain a part of the Industrial Economy, and without credit issued by the Western Illuminati, that isn’t possible. They aren’t willing to sacrifice Modernity for their principles of Freedom. They KNOW that repudiating the debt and exiting the system will throw Greece into chaos and send it down the Failed State route, the first European Somalia essentially.

The people who elected them into office DO NOT grasp that exiting the system will even in the best scenario turn them into a dirt poor agrarian nation unable to afford electric lights, cars or Iphones. They still want to live like Krauts and Amerikans live, and figure they can do that if they just repudiate all the debt and go back to the Drachma.

Like all the previous Goobermints of Greece, the Syriza Goobermint is faced with a Morton’s Fork, where no alternative has a desirable outcome. Capitulating to the Krauts and remaining in Debt Peonage to them retains for a while access to modernity, but it does so at the expense of their freedom and the expense of their own credibility. Telling the Krauts to take a Flying Fuck at a Rolling Doughnut declares their FREEDOM, but it is just the freedom to descend into even more hopeless poverty and failed state status. The absolutely could not fulfill any promises of rehiring all their civil service workers and doubling pensions in any money that would work to buy anything imported from outside of Greece.

They are quite likely aware that Greece depends on copious imports of foreign goods, most particularly OIL and Natural Gas to keep functioning a while longer as an Industrial Economy. They are ideologically opposed to the type of finance system that gets them access to this, but they don’t want to give it up. Really, nobody does in any Industrial Economy, except for the few outlier Doomers who recognize the damage it is doing and who realize this type of economy is doomed no matter what is done on the financial level.

To get themselves elected, the Syriza Pols all had to make a lot of Promises that cannot be kept. The only leverage they ever held was that their Grexit would initiate a cascade failure which would take everyone else down with them, but if they are not willing and ready to be the first ones flushed down the toilet here, that threat is meaningless.

If these folks are to retain credibility, they have to be up front and honest with the folks that elected them into office, and expalin to them that the minute they repudiate all the debt and re-issue Drachma is the minute the Greeks have to let go of all things Industrial, all things imported into Greece from other countries. They have to explain to the Greek population that the Debt issued by the Western Illuminati is what gives them access to the products and services of Industrialization. They need a PLAN to make such a transition off Industrialized products and services POSSIBLE, because without such a plan Greece becomes Somalia in short order.

The problem there is that Marxist Revolutionaries or not, most if not all of the folks running Syriza do not grasp that the entire Industrial Paradigm is collapsing, and they are just at the leading edge of this collapse, the Canaries in the Coal Mine. They want to cut a “New Deal” where the Rich folks in Germany will subsidize the Poor folks in Greece, except the rich folks in Krautland do not want to subsidize Greeks, because now that the economy is no longer really growing, any transfer of wealth to the poor means the rich will take a hit on their standard of living also.

New Deals are only possible when the size of the Pie is GROWING, not SHRINKING. The Great Society program of Lyndon Johnson bought off the underclass here in the FSoA back in the 60s, but only possible because dishing out some bennies to the underclass at that time did not stop the ruling class from scarfing up even greater amounts of wealth still present beneath the earth surface and in the populations of even more desperately poor people around the globe, at least when measured in material wealth.

The situation now is quite different than it was in the 1960s. Globally now, all the cheap energy increasing the standard of living and wealth of the general population has been used up, all that remains now is expensive and difficult to extract energy. All the impoverished populations of the world from Mexico to India to China have all been exploited to the max, and their living environments ecologically destroyed in the process. Now, for anyone to become richer, somebody else must become poorer. The rich do not willingly become poorer, so any and all of the bennies won in earlier times are being rescinded now, the welfare state in all countries that had one is being dismantled.

What the Greeks would like to see is a wealth transfer system to move the wealth stolen by the Krauts over the last 50 years through financial manipulation sent back in their direction, but that cannot occur without the Krauts becoming significantly poorer, which of course they are resisting. Besides this, the Krauts aren’t really wealthy, their wealth is the Greek Debt, which the Greeks can’t repay. The wealth has in fact been burned up here by everyone.

Back in Greece, the Blowback is already occurring, and various Syriza Mps are lambasting Tsipras and Souvlakis for Kapitulating. Souvlakis latest speech with the Newzspeak renaming of the Troika as “Institutions” and calling the Bailout an “Extension” isn’t fooling anybody. 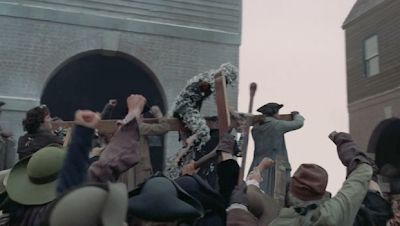 So despite the apparent Kapitulation on Friday, a Grexit still seems quite possible for next week. They already have New Drachma ready to pitch out here, just in case. What they do not have is any credible plan to back that Drachma with anything. In the event they are forced to issue it, quite likely it sets the record for the fastest Hyperinflating currency of all time.

So, the Grexit Game is not quite over yet for the Game Theorists out there to play with. The New Plan the Greeks are supposed to submit on Monday and the Kraut reaction to it will tell the tale. Anything the Krauts can accept will get Tsipras and Souvlakis Tarred & Feathered in Syntagma Square and ridden out of town on a rail.

What is the Arms Trade Treaty?

Be A Better Investor

Be A Better Investor