About the Banking System — and Why You Should Care

Modern Monetary Theory, very simply, looks at how the government spends. This involves interactions between the Treasury, the central bank and with the banking system.  Let’s call this money flow description the “first part of MMT” and it is really just descriptive. It’s how the system actually works.  In the second part of MMT, they have policy conclusions, which you can debate one way or the other, but the descriptive work is what I find most valuable.

This is because the way most people think the system works, it’s not the way the system actually works. So the classic example is QE, or quantitative easing, where the central bank is buying Treasury securities for example, and are replacing them with a deposit.

If you look at what most people think about quantitative easing, is they immediately think that the government is printing a lot of money, and that this is inflationary. But if you actually look at the mechanics of how it works, what really happens is that QE, if anything if has a deflationary bias, and a contractionary bias.

Because what it does is it deprives the private sector of a lot of interest income they would have earned otherwise. It’s, in effect, taking money that’s in this savings account, and moving it into a checking account. Or instead of earning a higher yield of interest, you’re earning much less interest.

That’s one area where I think that it has been most helpful as an investor because most people are expecting that it will either lead to the dollar to collapse, or the lead to hyperinflation. If you look at the actual transactions and how they happen, you would come to the conclusion that’s not possible. 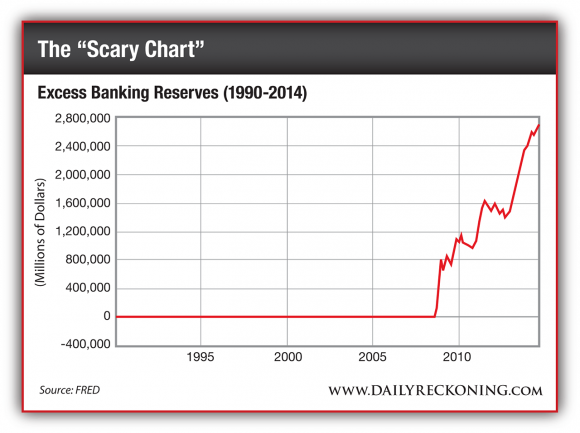 Everybody – our readers especially — have seen that chart, which shows the huge increase in excess reserves in the banking system since QE.
So naturally, people think: well, you know, as soon as those reserves leak out into the private sector, you’re going to have massive inflation.

And I thought the same, until sometime around early 2013, where I started to really revaluate everything that I thought about the banking system and how it worked. Because nothing that people were predicting would happen, happened.

In fact, the opposite happened.

So I started to reexamine all those assumptions. And because of this reexamination, I think there are many things I’ve learned, but if I had to boil down the one thing I would tell you to remember is that loans create deposits. Banks don’t lend deposits.

On the macro view, when you’re looking at the macro economy, just because there are tremendous amount of excess reserves in the banking system, doesn’t meant that those are going to leak out into the private sector.

And once you understand that, then you start to think: ah ha, this is why we’re not seeing that kind of hyperinflation that people might have expected with quantitative easing because it’s trapped up there in the banking system and there isn’t a mechanism for it to get out. It’s not possible. 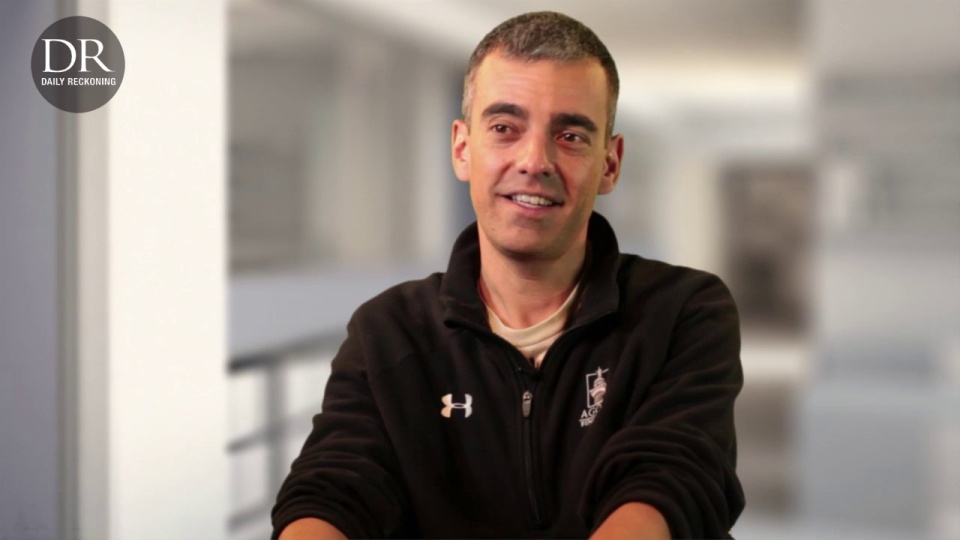 How Can I Use Options to Protect My Profits

How Can I Use Options to Protect My Profits