I do not like to see anyone framed for a crime they did not commit but L. Randal Wray is clearly guilty of kidnapping the terms “Conservative” and “Progressive”. 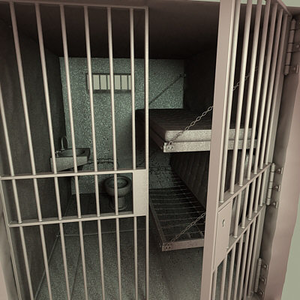 The consequences in this case are complicating the teaching of the basic principles of Modern Monetary Theory (MMT).

In thinking about the Jason Kessler article “Framing MMT”, my initial reaction was wondering why a robust observation needed to be “framed” in order to be convincing. This then led me to think about what is meant by the term. I am not able to find a reliable definition of “framing”. It appears to be a non-standard conversion of a noun into a verb and essentially means to provide a framework for considering an issue. Thus one can view this as benign: simply providing context. Or it can be considered as an attempt to convince by embedding a concept in a context that disguises the implications of the concept and is intended to elicit an emotional response.

That is why I say that the Framing Document presented appears to show that Wray has co-opted or appropriated (sometimes colloquially referred to as kidnapped) the terms “Conservative” and “Progressive” to use these terms to sell his perspective. But again this raises the question of why is it necessary to “frame” an interpretation, if that interpretation is as clearly correct as MMT claims?

Another way of looking at this is to ask the question: “Has Wray framed the issue or has he framed himself?” Here is the evidence that he framed himself more than he framed an issue in order to make it more comprehensible.

In the Introductory Chapter Wray says:


“MMT will lose the argument by precisely presenting the facts. Because one can see facts only through framing. Without the proper framing, MMT cannot win policy debates.”

So a motive seems to have been established. We also know that Randall Wray is well known and is a major contributor to a blog so he has the opportunity to kidnap those terms from the public domain. What is missing are the details of the strategy for not only kidnapping but putting these terms to work for the benefit of the napper.

This part of the plot is revealed in Chapter 2. One need read no further than:

“According to Lakoff, there are two competing views of the parent: the strict father figure who constrains and punishes versus the nurturing parents; most individuals simultaneously hold both views—but the conservative views about the dominant father who needs to discipline the kids is most prominent in political discussion. Adults, of course, want to escape the strict father represented by government, and so want to limit its power. Conservatives emphasize that we need to “get government off our backs”. In Lakoff ’s terminology, progressives need to emphasize the nurturing characteristics of the state—the mother and father working together in the interest of the “family”, rather than the stern, punishing, “strict father model” with rules and constraints.

With respect to money, the conservatives emphasize “fiscal discipline” and “inflation targets” enforced by our Father Chairman who art at the controls of the Central Bank. Progressives can win this debate only by taking a higher moral stance, emphasizing the nurturing role that can be played by our government working with our monetary system to support us, to help us to achieve more, and to make us better people.”

The argument that he adopts from Jim Lakoff is particularly revealing as it basically is that our childhood relationships with the important people in our lives determines our attitudes towards government and this in turn impacts the willingness to accept the wisdom of MMT. There is probably some insight provided here, but for most people their perspective evolves over a lifetime of experiences not just their relationship with their parents. I think Wray might have been better off using the analysis of Dan Kahan et al from Yale who has shown that people filter their ideas through their value systems. You can read more about this here. There is some similarity between the two analyses but Kahan as far as I can tell does not suggest that people’s values be disregarded which is my interpretation of the position that Wray is taking. Please do not misunderstand. I am not saying that Wray is totally off base but rather that he is being disrespectful by assuming that a discussion of the way money works is a task for public relations or copy writing.

Furthermore, he is using a debating slight of hand and is attempting to sell the premise on the basis of the listener liking the implications of the premise. I once knew what that debating fallacy is called but I although I have forgotten the name, I do know you lose points for it in a formal debate. Liking the results of larger government or improved services to the poor or whatever one thinks is desirable is not proof that debt is not a lien on our children but rather an accounting transaction with government debt being balanced by assets held in the private sector (or sometimes in the foreign sector). As it turns out, I tend to find MMT very convincing but reject the approach taken by Wray in his Framing Document. MMT should not be viewed as a tool for one Political Party to gain domination over the other Political Party but an important clarification of money and debt.

Use of terms that are intended to divide people into two groups, Conservative and Progressive, and the concept that one needs to provide a description of how money works in terms that appeals to different audiences suggests an attempt to win an argument by emotion rather than logic. To me, a divide and conquer approach to discussing national accounting equations seems improper.

The MMT (website can be found here) understanding of money is about 80% correct, in my opinion. I personally do not believe that fear is a prerequisite to money having value nor do I believe that money is only created within the Central Government. So I do not think that MMT is a complete understanding of money but it is a very good start. Being 80% correct is a lot better than being 100% incorrect as is the case with the general population including many in leadership positions.

I find a more satisfying definition coming from Cullen Roche and Monetary Realism. I think his ideas may be a bit more precise than MMT and far less ideological. His web site can be found here.

And what about this George Lakoff person who Randall Wray seems to be using to defend the need to deceive or at least the need to spin? The following appears in a footnote so I gather that is the source of Randall Wray’s thoughts on the matter. “George Lakoff, Don’t Think of an Elephant: Know Your Values and Frame the Debate“, Chelsea Green Publishing, 2004.

Here is the description of the book on the Amazon.com website.


“Don’t Think of an Elephant! is the definitive handbook for understanding what happened in the 2004 election and communicating effectively about key issues facing America today. Author George Lakoff has become a key advisor to the Democratic party, helping them develop their message and frame the political debate.

In this book Lakoff explains how conservatives think, and how to counter their arguments. He outlines in detail the traditional American values that progressives hold, but are often unable to articulate. Lakoff also breaks down the ways in which conservatives have framed the issues, and provides examples of how progressives can reframe the debate.

Lakoff’s years of research and work with environmental and political leaders have been distilled into this essential guide, which shows progressives how to think in terms of values instead of programs, and why people vote their values and identities, often against their best interests.

Don’t Think of An Elephant! is the antidote to the last forty years of conservative strategizing and the right wing’s stranglehold on political dialogue in the United States.

How Democrats and Progressives Can Win (DVD) features a lively interview with George Lakoff, television news clips, and illustrative graphics, this is a must-see media tool for everyone who wants to better understand and communicate the progressive agenda. Includes “How to Debate a Conservative,” “Know Your Values,” and much more. Each DVD includes a summary card of key points. Produced by Educate the Base, LLC.

That seems like a political handbook to me not a treatise in how to communicate an idea objectively. There is nothing wrong with political activism per se, but some people would not send their children to a university where that was the training manual for professors.

MMT is a valuable and insightful formulation of monetary operations as they operate today. I feel it is incomplete in that it does not clearly separate the creation of money by action of a sovereign issuer from the creation of money as credit by private banking. These are clearly two functionally different things and the differences deserve specification and focus. This is a framing that would be most worthwhile.

Finally, MMT will gain a wider audience if it can separate monetary operations into one frame and policy applications into a separate frame. I think that the advancement of dialog can be improved if economic theory and political economy are kept at a distance and interact only in clearly defined “inter-frame” discussions. An analogy I would suggest is a framing such as exists for science. The laws of physics do not depend on whether the application of physics is desirable or undesirable. One does not argue for the Law of Gravity on the basis that it makes it easier to keep needed documents on ones desk rather than floating around the room.