The Post-1990s Fed: Enemy Of The Middle Class

By reading well-respected scholarly works such as David Stockman’s The Great Deformation and Nouriel Roubini’s Crises Economics, I’ve come to see the Fed as the threat to the vitality of America’s Middle Class it’s become. But one need not delve into hardcore economic research to reach this conclusion. One need only have common sense and possess the ability to read charts.

In the mid-1990s, Alan Greenspan’s Fed began our central bank’s tradition of pumping massive amounts of liquidity. Since that time, stocks and other assets typically held in large quantities by the wealthy have done–for the most part–very well. But, for middle class Americans, who rely on “breadwinner” jobs for their livelihoods, the past 15 or so years have been a period of economic decline, the past 6 years a period of economic free-fall.

Since peaking at around 67.5% in the late 1990s, the labor force participation rate has declined to 63%, the lowest level since the 1970s, when households rarely sent more than one member into the workforce. The S&P 500, on the other hand, has more than doubled: 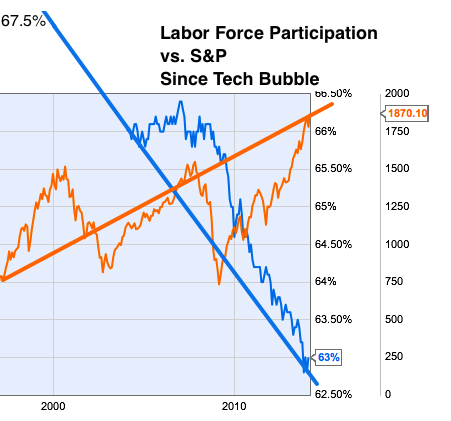 Corporate profits and labor force participation also decoupled in the late 1990s. Today, there is little correlation between the two: 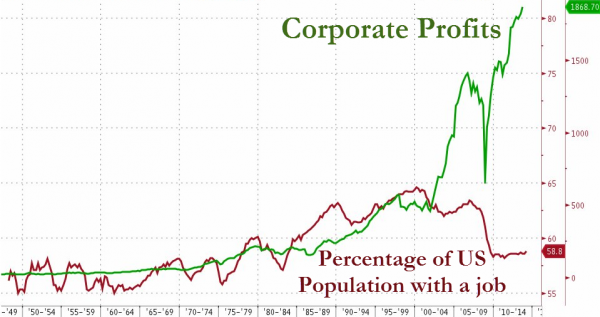 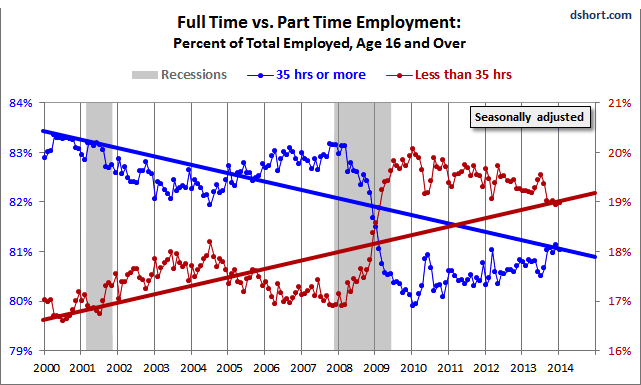 And, since the late 1990s, real wages (adjusted for inflation) have been in decline: 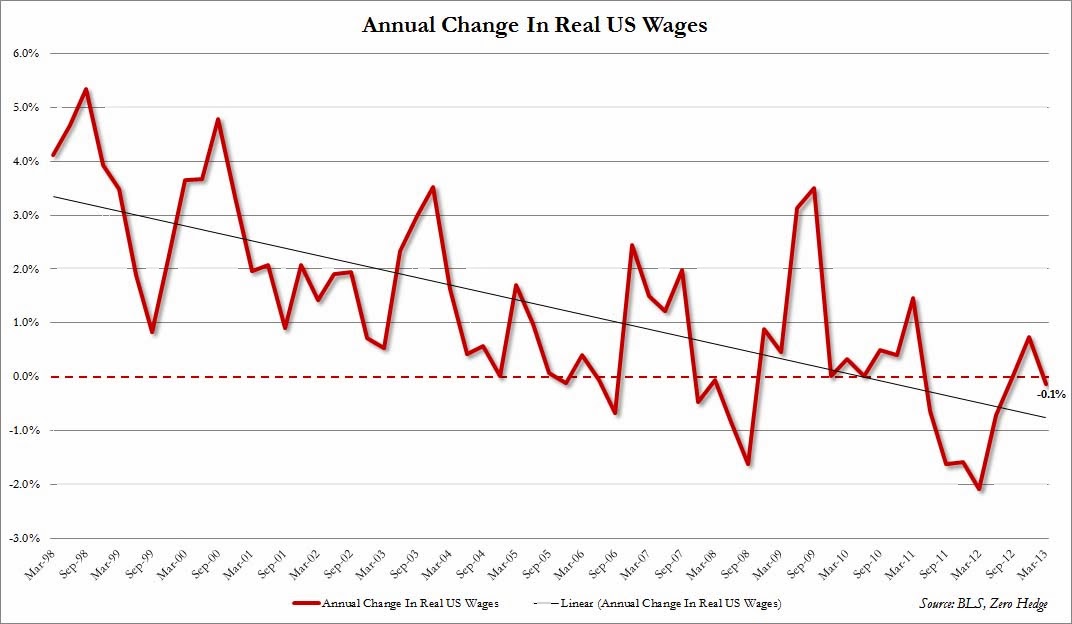 Another reason to gnash your teeth: there’s evidence that the Fed of the new millennium has been aware that it’s been propping up the wealthy at the expense of the Middle Class. – See more at: http://www.ecominoes.com/2014/03/the-post-1990s-fed-enemy-of-middle-class.html#sthash.nH3cT4p7.dpuf