Published on the Doomstead Diner on September 20, 2014

Discuss this article at the Doomsteading Table inside the Diner

Here on the Diner, we often discuss Ultimate Apocalyptic Scenarios, where basically all of Industrial Civilization goes to Hell in a Handbasket all at once, nothing works and Mad Max ensues forthwith.

While this is certainly one possibility, the more likely possibility at least here in the FSoA is that we will go through a period of time where the services and systems we take for granted do not entirely DISAPPEAR all at once, but rather become Intermittent and Unpredictable in their delivery.

You could file this post under the idea of John Michael Greer’s “Slow Catabolic Collapse” or Jim Kunstler’s “Long Emergency”. In reality I don’t think it fits in either category, because if there is such a period, IMHO it won’t last all that long in geologic or even generational terms, maybe 20-30 years the most, and that is quite rapid on historical timelines. However, in terms of what is left of my OWN Lifespan, it pretty much covers it completely. Unlikely I last more than 20 more years under any circumstances, and completely out of the question I will make another 30.

So personally all I really have to concern myself with is to how to negotiate the next 20-30 years, and what systems and methods I will need to do that effectively, if it is possible to do so. 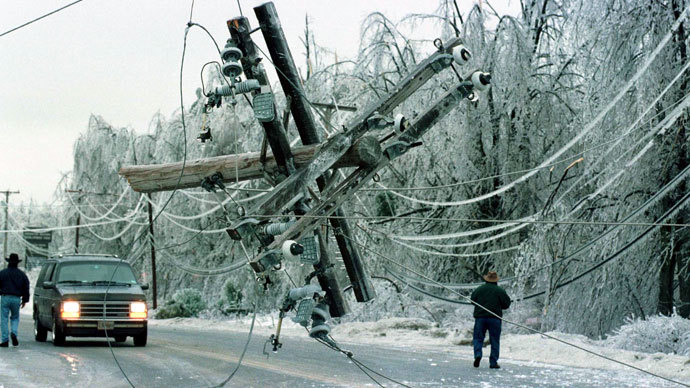 On a slightly longer timescale, this is like the difference between someone who has ZERO preps when Katrina Hits or there is an Ice Storm or Tornado which takes out most of the power lines to a neighborhood, and another guy down the street who is well prepped with some backup systems to keep him going a week or two while systems get repaired and brought back online.

The main things you need obviously are Food & Potable water in sufficient quantity to last through the disruption period. FEMA these days makes recommendations everyone has at least 72 hours worth of the necessities, while acknowledging that in some situations it could take weeks or months before “normalcy” is reestablished after a Disaster. Personally, I think you need a Month Long Plan ready as we move down the Collapse Highway here, any disaster which Da Goobermint cannot bring back to semi-normalcy after a month requires a whole different sort of planning.

A One Month Plan on the Food & Water level is not that hard to gin up, a few sacks of dried Rice & Beans and Beef jerky will cover the Food end easily, and keeping water in 30 old 2 Liter Soft Drink or Juice containers covers the water. If you have some decent warning, you can also fill up the Bathtub with water, and keep it drinkable with a few drops of Chlorine Bleach.

What is a bit more difficult on the 1 Month timeline is cooking and heating fuel and electricity, enough for Lighting and Refrigeration. This is what really screws people in these medium length disasters.

On the Cooking end, this is pretty EZ, Coleman Propane Cannisters last about 3 days, so you only need about 10 of them to go for a month of cooking on a camp stove. Better still and more economical are 5 Gallon Propane Cannisters, 2 or 3 of those and on a cooking level you are good for MONTHS. You can also buy adapters to refill the smaller camping cannisters or hook them directly to camp stoves.

Far as Heating goes, unless you are in a really cold part of the country in Winter, you shouldn’t need much if you have good Clothing available and Layer Up. Not a bad idea though to have a portable Kerosene heater around and a few gallons of Kerosene, or a Wood or Pellet stove if you are in an area where there is enough of this stuff around to burn as needed for heat.

So, most of this type of Prepping is not hard and not expensive either. Since I do it myself (in fact on a longer timescale than one month), I can make a good estimate that about a $500 investment is sufficient to cover all of this for 1 month, for one person.

Where it gets a bit more expensive and difficult is in the area of Electric power, which while you can live without it makes like much more uncomfortable overall. Thus the title of this post, Batteries-R-Us, which examines how to use various types of batteries synergistically to keep enough electric power in your location to make do for a month while the Linemen from the County restring the wires from the latest Tornado Hit.

Your Lowest Level on the Battery Chain are the Disposable Single Use batteries in the AA and AAA varieties. You should have a couple of packages of each of those, even if you have the rechargeable versions also. Why? Because the way they are made now, they have really LONG shelf lives, up to 10 years. The larger the package you buy them in, the cheaper by the battery, and they are good for all your Diode Flashlights good for hundreds of hours of use with no recharging systems necessary. If you are on a Budget and can’t afford various methods to recharge, having a good supply of disposables can at least give you necessary lighting for a month or so.

The next step up is rechargeable batteries in the same AA/AAA category to power portable diode lights and useful also for additional power supply for your cell phone communications and FRS or CB Radio/Walkie-Talkies. If you at least get intermittent power as would be the case for economically driven brownouts and rolling blackouts, you can recharge these batteries on grid power whenever it comes on.

Ideally though, you want your own means to recharge them, as well as larger storage batteries which most people have at least one of, their Car battery. The car also has its own built in charger for this battery, the alternator, so long as you have a tankful of gas or access to gas, you can keep this battery charged up just by running the car. Not too efficient though.

You can use this 12V battery directly to charge smaller batteries in the 1.5V range by wiring 8 of the smaller ones together in series for a 12V total, but easier is to use an inverter and then plug the small battery chargers into that. The Inverter with the Car Battery will allow you to run some bigger power draw items like a Laptop computer also.

At this point you can think about keeping some refrigeration going by using a 12V Thermoelectric Cooler. However, using one will draw down 1 12V car battery fairly rapidly, so you either need regular means to recharge that battery and or more of them. Using the car engine as mentioned is very inefficient, so you want a small Generator at this point to run periodically as necessary to keep your larger 12V Battery bank fully charged.

If you do go for more 12V power storage than just the Car Battery, you want to get Deep Cycle batteries designed for long charge and discharge cycles. These are the kind of batteries that run stuff like electric Golf Carts, Rascal electric wheel chairs and electric Bikes and Scooters. I have an Electric Scooter which operates on 3 of them, and I have a total of 6 of them (a spare pack as well as the original pack). My RV also has a Large Deep Cycle battery as well as the regular starter battery.

If you have portable electric tools like Drills and Circular Saws, these also come with batteries that will take a substantial charge, and work in voltages varying fromas low as 3V right up to around 18V. The easiest to work with are the 12V ones, but you can wire together the lower voltage ones in series to get to 12V, or step down higher voltage batteries to 12V with a transformer.

If you are at this stage of prepping for electric outages, you can pretty well handle a 1 month long lack of grid electricity as long as you have some full gas tanks on your vehicles and extra gas in 5 gallon canisters.

To step off the fossil fuel requirements, you will need Solar Photovoltaic panels and/or Wind Turbines, which to run a full McMansion is pretty expensive, but to just keep your portable batteries charged up not so expensive. A couple of 120W panels is probably enough for most purposes for the 1 month scenario. You should cook and eat your perishable foods requiring refrigeration first, so after the first week or so of outage you have no foods requiring refrigeration to keep around. Unless of course it is winter and the ambient temperatures are cold enough to keep such foods in coolers outside without refrigeration.

For a good 1 month long Electric Backup System, between all the batteries, the solar PV cells, the inverter, small generator etc, you can do this for around $2000 or so. It will be sufficient also to pump up water from your well if you are on well water.

Once there are general power outages across the grid that last longer than 1 month, the general problems of social breakdown will render much of this useless unless you are in a remote community. However, at least for most of the FSoA, such long power outages don’t seem likely except in a few places, like for instance Las Vegas if the water level in Lake Mead and Lake Powell falls below the level necessary to keep the Hoover Dam turbines operational.

What does seem more likely are periodic shortages, and conservation of electric power by brownouts and rolling blackouts. For a given town, by cutting off parts of the town for 4 hour periods the load can be reduced and fewer power generation plants need to be online. When this arrives, you will know Collapse has arrived in your neighborhood too. 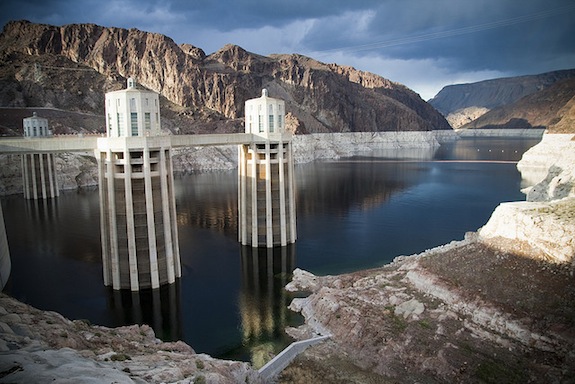