What If China Dumps US Treasury Bonds?

Our deficit hysterians love to raise the specter of China. Supposedly Uncle Sam is at the mercy of the Chinese, who have a stranglehold on the supply of dollars necessary to keep the US government above water. If the Chinese suddenly decided to stop lending those scare dollars, Uncle Sam would be forced to default. 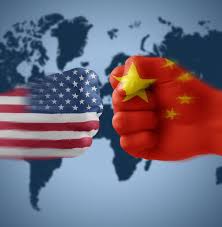 Can anyone, please, explain to me how the sovereign issuer of the US dollar-Uncle Sam-could ever run out of his supply of dollars? Please, give me one coherent explanation of how that could happen.

And please explain to me how China got those dollars in the first place. So far as I know, every single dollar the Chinese have comes from the USA. There are two sources: US lending and US spending. China loves the second: Chinese work hard to produce stuff to sell to America so they can get dollars.

Folks, all the dollars the Chinese have came from the US. There is no net supply of dollars from China.

They get dollars from net exports to the US. These end up at the Bank of China. The Bank of China rationally prefers to earn interest on dollar holdings, so these are converted to US treasuries. This is nothing more than a balance sheet operation on the books of the Fed: Bank of China reserves at the Fed are debited and Bank of China treasuries are credited. There’s no net flow of dollars to the US Treasury.

If the fear mongers are correct, China might decide to reverse that operation: exchange the treasuries for reserves at the Fed. And then, who knows what. Maybe China will choose to buy Greek treasuries?

I doubt it, but so what. There are plenty of holders of Greek treasuries who want to unwind into the safest asset in the world-Uncle Sam. If China wants to play the dupe, there are plenty of others willing to take the other side. (Hint: China ain’t the dupe. Maybe some US hedge funds want to play dupe?)

Worst case scenario? The US dollar might depreciate against some other currency. That’s a long-shot but it could happen. Will that push up US interest rates? Doubtful. The US Fed determines the short rate, and the global search for safe assets plus expectations of future US Fed policy determines the longer rates.

Guess what. As we head into the next GFC, the US continues to look awfully good. Don’t bet against the dollar or US interest rates. Uncle Sam wears the biggest pants in the world.

Krugman continues to inch away from ISLM thinking and toward MMT. Witness his recent post:

But the crucial point, which Mr. Yglesias touches on only briefly at the end, is that whatever China’s motives, the Chinese wouldn’t hurt us if they dumped our bonds – in fact, it would probably be good for the United States.

But, you say, wouldn’t that send interest rates up and depress the American economy? I’ve been writing about this issue a lot in various guises, and have yet to see any coherent explanation of how it’s supposed to work. Think about it: China’s selling American bonds wouldn’t drive up short-term interest rates, which are set by the Federal Reserve.

It’s not clear why it would drive up long-term rates, either, since these mainly reflect expected short-term rates. And even if Chinese sales somehow put a squeeze on longer maturities, the Fed could just engage in more quantitative easing and buy up those bonds. It’s true that such actions could possibly depress the value of the dollar. But that would be good for America!

Right! Again, I doubt any significant dollar appreciation will occur. The US, as a sovereign currency issuer, faces no financial constraint. It cannot be forced into default. It controls its policy interest rate.

The rest of the world are users of the dollar, not issuers. They can never hold us hostage.