It’s Not Really Germany’s Fault – Or Is It?

Germany does n think there is anything wrong with its export-led growth policy, which has, among other things, generated a surplus on its current balance of payment account of around 7 % of GDP.

They have a point, and they have an especially good point if the criticism is twisted to imply that Germany should be punished for having a successful export economy. That would be absurd, as Holger Görg, of the Kiel University’s IFW told Der Spiegel 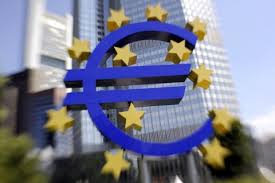 But Germany’s insistence that all the other members of the European Monetary Union should pursue a policy that gives them, too, a current account surplus is not helpful. Doing so in the economic conditions that have prevailed since the financial crisis hit the world in 2008, as the US Treasury report stated, gives Euro zone policy a deflationary bias.

“Germany has maintained a large current account surplus throughout the euro area financial crisis, and in 2012, Germany’s nominal current account surplus was larger than that of China. Germany’s anaemic pace of domestic demand growth and dependence on exports have hampered rebalancing at a time when many other euro-area countries have been under severe pressure to curb demand and compress imports in order to promote adjustment. The net result has been a deflationary bias for the euro area, as well as for the world economy. Stronger domestic demand growth in surplus European economies, particularly in Germany, would help to facilitate a durable rebalancing of imbalances in the euro area.”

Is that Germany’s fault ? Yes and no. Much of the argument about the rights and wrongs of Euro policy is bedevilled by the fact that it tends to take place in terms of what country A, B, and C is doing, while it should be focusing not on what the individual member states are doing but on what the EMU as such is doing or not doing.

It is perfectly rational and reasonable for Germany to pursue an export-led growth policy, but as far as the architecture of the EMU, in accordance with the rules laid down in the Maastricht Treaty and subsequent agreements, drives all EMU member states to pursue the same policy at the same time, it has crucial side-effects.

Under current conditions, the pursuit of a current account surplus by every member state drives up the Euro exchange rate against the dollar and other currencies, which is not helpful to countries like Italy, Spain and France, which would like their export industries to thrive. It is not particularly helpful to Germany’s export industries either, for that matter, but they are better able to withstand the pressure.

The policy also drives down employment / raises unemployment, which is has reached the point in some countries where it is destroying social and political stability.

Germany also points out that it is reducing its trade imbalance with the other Euro zone countries. Its trade surplus with its Euro zone partners has fallen from over 4 % of GDP to around 2% of GDP since 2008. However, this is not so much a result of German virtue as a slump in imports by the weaker members of the EMU.

You can’t blame Germany for this any more than all the other countries that signed the Maastricht Treaty and are therefore jointly and collectively responsible for the growth and stability policies that are currently being pursued by the EMU.


Or perhaps you can blame Germany, just a bit, as the architecture of the EMU is inspired by German experience and ideas.

Another hypothesis is advanced at Voxeu.org by Lorenzo Bini Smaghi here as an exoneration of any fault on Germany’s part for the troubles of the Euro zone: it was not austerity that caused slow growth, but slow growth that caused austerity.

Actually, many of the the peripheral members of the Euro zone had high growth rates in the period after the common currency was introduced, while Germany, undergoing a process of adaptation to reunification of East and West Germany,  experienced a period of low growth, which it undertook to counter by a policy of internal devaluation – several years of near-zero wage growth and reforms that tightened up on the criteria for qualifying for unemployment benefits, preferring a policy of encouraging people into low-paid jobs (there is no minimum wage legislation in Germany) in preference to living on the dole.

That, of course, has exposed Germany to bitter complaints of « social dumping » by France, where there is a high minimum wage and a relatively generous unemployment benefit system, all of which has led to an acute loss of competitiveness in, among other industries, French food processing industries.

((Recent large scale protests in Britanny, a region of France that is very dependent on agriculture and the related food processing businesses, against a new “green” tax on trucks over 3.5 tons using roads in France not subject to a user charge (which is lost of them), are a reflection of this situation.)
However, I guess that Bini Smaghi’s real point is that the peripheral countries of the EMU have suffered from low living standards and low productivity, as compared with Germany, not just for a few years but for generations, and in that he is right.

The imbalances that arose in the first years of the EMU were not caused so much by the endeavours of the peripheral countries to catch up with their richer neighbours, but by the monetary policy of the ECB, which was calibrated to suit Germany, but was not appropriate to Greece, Portugal, Ireland, Spain, Italy and Ireland.

These countries, or rather the private sectors in these countries, found it much too easy to borrow money at rates that appeared cheap to them, and this generated property construction booms in particular and excess demand in general.
It was not the fault of the Germans that the ECB failed to calibrate its policy with a view to controlling demand in the peripheral countries, but it was a consequence of Germany’s economic weight in the EMU.

Much of the pain that has been inflicted by on the peripheral countries could have been avoided if the Euro zone were a mature and fully-developed monetary union. In this case, regional and national imbalances would be automatically balanced out out through the operation of the banking system,as it is in the USA.
That the Euro zone has not reached that state yet is not Germany’s fault, and certainly not Germany’s fault alone, although Germany’s objection to the idea that the EMU should ever become a «tranfer union » does not bode well for the future of the Euro zone.
As a matter of fact, the European Union, including the Euro zone, does operate as a transfer union of sorts, as the Germans have pointed out when countering the criticism of their current account surplus.

The free movement of goods and services and direct and direct investment means that businesses are able to transfer production from countries with high labour costs to countries with low labour costs, and German industries, notably the car industry, have done so on a big scale. This has generated many jobs in the recipient countries.

To cite another article from Voxeu here and a longer version here by Isabella Rota Baldini, Paolo Manasse:

The lack of an adequate EU federal budget does not only prevent the Eurozone countries from sharing a macroeconomic policy to contrast “aggregate” shocks, such as the global recession; it also precludes the implementation of an effective insurance system based on inter-state transfers, in order to address ‘country-specific’ shocks, such as the banking crisis in Ireland or Spain. Italy, the largest net contributor relative to its GDP, pays to the EU budget 0.38% of its GDP per year; Hungary, the country that most benefits from the EU budget, receives transfers equivalent to 4.67% of its GDP. The size of the transfer scheme in the US is of a much larger magnitude. The poorest states, such as West Virginia, Mississippi, and New Mexico in the decade 1990-2009 have received transfers between 244 and 261% of their GDP in 2009, while rich states, such as New Jersey, Delaware, and Minnesota have given contributions that in total amount to 150-206% of their 2009 income.

While the accumulated transfer between rich and poor states in the USA went as high as 15 % of GDP or more per year, the fiscal transfers between Germany and the EU as measured in the second table below reached just 3.4 % of Germany’s GDP in 2011.