There are usually unintended consequences from paradigm shifts, and the outsourcing paradigm of the last 25 years has been no exception. Where do you think all that wealth responsible for building all those cities in China came from? The United States, European and other developed countries of the world, think of it as a vast wealth transfer from the richer nations to the poorer nations mainly on the backs of the ‘middle of the bell curve’ in terms of jobs. 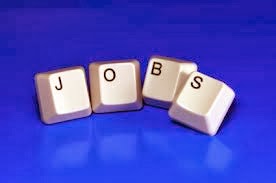 It used to be the case that if you worked hard and got an education that you were guaranteed a job in this country in the 1950s, but due to the major transfer of jobs overseas, this is no longer the case. Furthermore, this structural disconnect in the jobs market was partly masked by the booming financial sector of Wall Street and the Housing Mortgage underwriting sector jobs, but once the tide went out with the financial crisis America found out that these jobs are no longer needed now that the Mortgage Underwriting bubble has burst – those jobs are never coming back to the United States.

The Technology sector has helped mitigate only a slight fraction of these lost manufacturing and management exported jobs, and now that the financial markets have been losing jobs due to consolidation, improved technology requiring less people, and bubbles bursting there are just not enough good paying jobs in the United States for all the college educated working professionals who want to be gainfully employed.

The US Companies, Politicians, Tax system, and Legislation have sold out the American worker from the lower middle class all the way upwards to the upper middle class in this country with 25 years of an outsourcing good jobs policy.

There just aren’t enough jobs for the citizens of the United States, and with colleges being big business these numbers are only going to get worse until there is a major correction in the bubble that is college education. And you guessed it the college education bubble is largely the result of governmental subsidies driving up tuition prices and making the business of college highly profitable and well beyond market pricing.

Add to this all the manufacturing workers needing to go to college due to the evaporation of these good paying middle class jobs being outsourced, and you have more kids going to college than the Job Market can support – thus exacerbating the education bubble in this country.

Until the education bubble collapses, and there is a major consolidation in the number of colleges, and degreed individuals competing for the same jobs in the market this dynamic of structural disconnect is only going to get worse.

The other alternative is to bring back a large portion of the exported manufacturing industries to the United States but if the last 25 years is our guide, and the perpetual ineptitude of the leaders in this country persists, this seems like a real longshot.

We see this played out in the student loan debt issue, all these American citizens take out loans to become educated in the hopes of attaining a decent paying job, and when they graduate they find that the jobs related to their education are just not available in the economy. This problem is acerbated by the American ideal of sending one’s kids to college as a core value.

In the future American students are really going to have to conduct a thoughtful analysis whether they should go to college at all? It is starting to look like there are only so many good jobs to go around in the modern economy, and that America is going to have a large portion of their citizenry on social welfare programs just due to the lack of jobs relative to available candidates in the economy as a result of poor structural planning of our economy.

We are not just talking about lazy people or those unwilling to work but the structural effects might necessitate large portions of the population being severely under-employed relative to their education.

Those at the top of the food chain having good paying jobs, the lowest rungs being largely housed in prisons and on welfare, and the main difference from the past is large segments of the middle and upper middle class being out of the job market and largely supported by employed family members or social welfare programs for the bulk of their professional lifespan.

It will really get bad when the military is finally forced to cut back jobs and downsize due to constrained budgets in 15 years when the interest on the National Debt far exceeds incoming tax revenues.

The leadership of the United States over the last 25 years has really screwed up this once great country!

U.S Exports and Foreign Economic Growth – Which Regions Matter Most?