Charter Cities: Summer in the City? 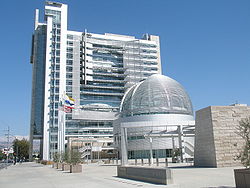 So, here is Paul Romer arguing that charter cities, built from scratch, will bring peace and prosperity to developing country nations. Edward Glaeser, another economist, thinks that cities make people meet, and by creating social links creates innovation and therefore economic growth. Let me put these positions into one corner. In the other corner is Richard Florida and others. The New Yorker has a nice paragraph on their view:

The big question for me is broader, however. What I can see in developing countries is a variety of market failures that interferes with optimal policies. Sometimes, there are “free” markets where they shouldn’t, and sometimes there are “regulated” markets where they shouldn’t. A free market in education, for instance, will lead to the rise of meritocracy as only the rich can give their children some decent education. This is hardly a base for a social contract, as tear gas clouds at protests in Santiago de Chile some weeks ago has shown.

On the other side, there is government interference and regulation in many parts of the economy which harm the supply side. Bureaucratic hazzle is one of them. At times, government monopolies are inefficient and costly, like in telecoms, acting as a brake on economic progress in developing countries as they did in developed countries.

Therefore, I think that the idea of discussing development in the context of cities is interesting, but misses the point. Society is complex, and building a Manhattan in a developing country won’t work. Take a closer look at Dubai and Singapur, and you will understand that not all is well. The John Doe in those places often can’t afford the houses he builds, and in Dubai John Does is often a migrant without many rights that other citizens have. In Singapur, flats are so expensive that even a five-figure income in dollar terms does not guarantee middle class comfort for a family of four.

Perhaps moving from rural areas into cities is the background to economic development, but this is only the tip of the iceberg of the complex social interactions that drive the process. Outcomes vary, as centrally governed countries like the UK or France mix with decentralised countries like Germany in the portfolio of successful developed economies. It sure makes sense to aggregate things, but if they are complex, you might create more shadow than light.

A Quarter of European Banks are Stressed

A Quarter of European Banks are Stressed