Greece is still staring down the barrel of a $1.8-billion loan payment to the IMF (supposedly due on Tuesday). The latest development is that Greece imposed emergency capital controls and closed banks starting Monday June 29 until after a July 5 referendum on a deal with European creditors. The real cash has already fled as people have moved most capital (that could be moved) out of Greece, which could be partly why things in Greece have so far remained in an orderly fashion.

Media reported long lines at ATMs (ATM withdrawals have been limited to 60 euros per card), while global markets shuddered on Monday under the fear of a contagion effect from a Greek default. On top of the Greek Drama, investors are also troubled by the bubble trouble in the Chinese market as PBOC took actions over the weekend to avert a risk of market collapse.

Related – Chinese Stocks: “How to Think Like a Billionaire Investor”

Euro, the EU bloc currency, reacted badly to the Greek Drama (see chart below). Greek two-year bond prices yields jumped to ~ 34%, while investors run to safety as prices of ‘safe haven bonds’ from Britain, Germany and the United States all rose.

NYT quoted Rajiv Biswas, chief economist for Asia at IHS Global Insight, saying that if Greece defaulted and left the eurozone, the effects on Europe’s economy and on exporters in Asia would depend on whether European leaders could prevent financial troubles from spreading to Portugal, Spain and possibly Italy. However, the damage would not be as bad as people seem to be preparing, as Biswas estimated in the case of a contagion, economic output in Asia could drop 0.3% next year on lower exports to Europe.

Referendum Is A CYA by Tsipras & Syriza

I believe Greek people (including PM Tsipras and the Syriza Party) want to take the deal to stay in EU and the Eurozone (who wouldn’t with so many perks associated with being a member of the bloc). However, since Alexis Tsipras the leftist Syriza party won the election by making promises to voters that they could go back to the way it was, and the EU would fold. Well, EU and Merkel not only did not fold but also got totally fed up.

Basically, this is as good as it gets for Greece, and everybody knows it. But Tsipras and Syriza party have to put it to a vote so they may spin it as a ‘voter decision’ to save face with their constituents.

For now, the situation in Greece could get much worse if voters refuse to accept creditor-imposed reforms in the Sunday referendum. CNBC reported that billionaire Willbur Ross expressed concern of a possible social unrest in Greece. Since Wilbur Ross has a large interest in Greece, I think he may have a biased view. I believe the most likely outcome is that the referendum would pass on Sunday, and Greece would stay within EU and the Eurozone.

However, a deal is by no means the end of anything. This Greek Debt Drama may be in production for years to come where Greece would be stuck digging itself out of the hole it has created through years of deficit spending and free borrowing. 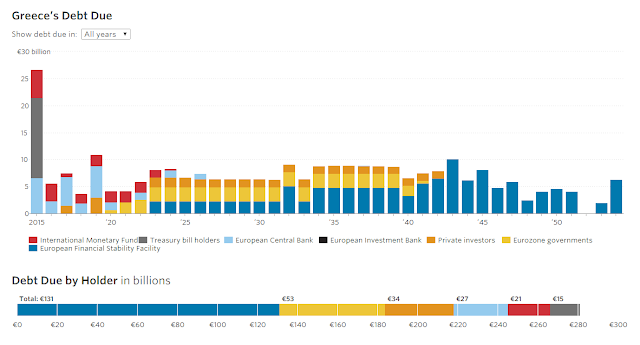 The following is a translation of a document provided by the Greek government via Bloomberg, giving details on the capital controls, if readers would like to catch a glimpse:

How Life on Earth Recovers after a Devastating Mass Extinction