Departures among the nation’s chief executive officers ticked up in December as 99 CEOs left their posts during the month. That is 5.3 percent more than the 94 CEO departures recorded in November.

Health Care led all industries in CEO turnover this year with 265, 70 of which occurred in the last quarter of the year. Of those, 52 were from hospitals and health clinics. The government and non-profit sector followed with 178 CEO departures for the year, including 45 last quarter. The annual total for this sector was virtually unchanged from last year’s total of 179.

Third-ranked financial services saw 143 CEOs leave their posts last year, 16 percent more than the 123 CEO changes recorded in 2012. Computer firms announced 121 CEO changes in 2013, a 4.7 percent decrease from 2012. Meanwhile, CEOs in the Entertainment/Leisure sector, those in hospitality, dining, and entertainment, came in fifth with 48 recorded CEO changes, down slightly from 50 recorded in 2012.

The most notable announcement in December came from General Motors which announced that retiring CEO Dan Akerson will be replaced by Mary Barra, the company’s first female CEO, and in fact, the first female CEO of a global auto maker. 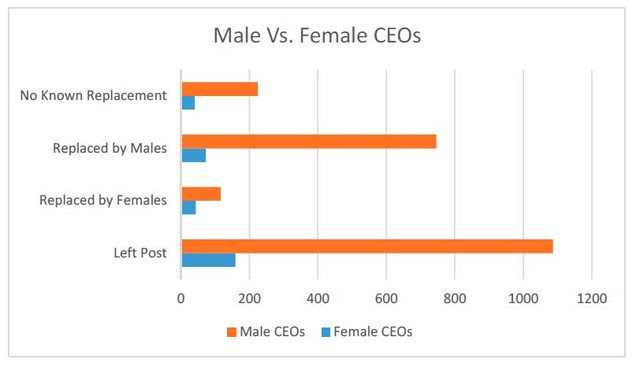 “We’ve seen several major corporations choose powerful women as their CEOs in recent years, including announcements from Yahoo, Hewlett-Packard, CH2M Hill, and now General Motors. Our numbers still show that the CEO office is still predominantly male, but we may see those numbers change in coming years, as these high-profile female CEOs prove their capabilities and traditional gender roles fall away.

Lagarde: Deflation Threat and Other Worries

Lagarde: Deflation Threat and Other Worries