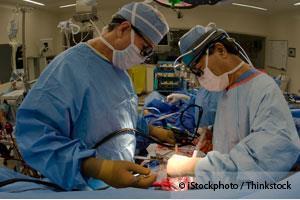 The lower cost is the result of one Indian heart surgeon’s quest to make health care more affordable for India’s population, where two-thirds live on less than $2 a day and most pay for health care entirely out of pocket.

His efforts to drive down costs include cutting out unnecessary pre-op testing and using Web-based computer software as opposed to building new systems for each hospital.

Even sourcing lower-priced disposable surgical gowns and drapes helps, showing that lower costs are not only attainable, but that the cost-saving measures could theoretically be duplicated in developed countries, including the US.

“The current price of everything that you see in health care is predominantly opportunistic pricing and the outcome of inefficiency,” Devi Shetty, the aforementioned heart surgeon, noted.1

It’s because of drastic price differences like these that many Americans – upwards of 600,000 a year – are traveling abroad to receive medical care, a phenomenon known as ‘medical tourism.’ These numbers are expected to grow up to 20 percent annually,2 fueled largely by the aging Baby Boomer generation coupled with rising health care costs in the US.

Even after factoring travel expenses, including airfare and hotel accommodations for the patient and a guest, Americans may still save tens of thousands of dollars depending on the type of surgery received. According to Patients Beyond Borders, which specializes in medical tourism, if your total quote for US medical treatment is $6,000 or more, you’ll probably save money by traveling abroad for your care.3

India, where patients can receive savings of up to 85 percent on medical procedures compared to the US, remains a top medical tourism destination, but others, such as Costa Rica, which has a higher health system ranking than the US,4 are quickly gaining popularity.

There are certainly drawbacks to medical tourism, such as exposure to different kinds of superbugs and, sometimes, language barriers, so it’s crucial to do your research and educate yourself on the potential benefits and risks before trying this (including whether or not the surgery you’re being recommended is truly necessary).

But from a strictly cost-savings perspective, especially if you’re uninsured, it’s easy to see why this practice is growing. Here is an example of the price differences for some common procedures in the US compared to India, Thailand and Taiwan:5

Why Are US Health Care Costs so High?

Seeing the vast discrepancies in prices for medical procedures around the globe certainly begs the question of why US health care is so expensive. Contrary to popular belief, it’s not typically because the US provides better care.

The US spends more on health care than the next 10 biggest spenders combined: Japan, Germany, France, China, the U.K., Italy, Canada, Brazil, Spain, and Australia. Despite that, the US ranks dead last in terms of quality of care among industrialized countries, and Americans are far sicker and live shorter lives than people in other developed nations. How is this possible? The short answer is: We’re being fleeced. Journalist and author Steven Brill recently discussed this very issue in a Time magazine investigative piece, writing.6

“Simple lab work done during a few days in the hospital can cost more than a car. A trip to the emergency room for chest pains that turn out to be indigestion brings a bill that can exceed the price of a semester at college. When we debate health care policy in America, we seem to jump right to the issue of who should pay the bills, blowing past what should be the first question: Why exactly are the bills so high?”

In his article, Brill gives numerous examples of shocking markups on many hospital charges, such as $1.50 for a generic acetaminophen tablet, when you can buy an entire bottle of 100 tablets for that amount, $18 per Accu-chek diabetes test strip that you can purchase for about 55 cents apiece, or $283.00 for a simple chest X-ray, for which the hospital routinely gets $20.44 for when it treats a Medicare patient.

Even Hospital Administrators Have a Hard Time Justifying Their Costs…

This is a Flash-based video and may not be viewable on mobile devices.

In the video above, CNN interviews a family blindsided by medical bills amounting to more than $474,000 after 60-year-old Bob Weinkoff spent just a few days in the ICU, suffering from difficulty breathing. Trying to break down the costs from an average hospital stay is daunting, however, and may be virtually impossible for the average patient. According to Brill, each hospital has an internal price list called a chargemaster, which contains every single item you may be given or come in contact with during your hospital stay. Even a toy given to a child (which many mistake as a “gift”) can be billed at upwards of $200. The problem is, no one quite knows how the prices in the chargemaster are created. Brill explained:

“It would seem to be an important document. However, I quickly found that although every hospital has a chargemaster, officials treat it as if it were an eccentric uncle living in the attic. Whenever I asked, they deflected all conversation away from it…

I soon found that they have good reason to hope that outsiders pay no attention to the chargemaster or the process that produces it. For there seems to be no process, no rationale, behind the core document that is the basis for hundreds of billions of dollars in health care bills… No hospital’s chargemaster prices are consistent with those of any other hospital, nor do they seem to be based on anything objective – like cost – that any hospital executive I spoke with was able to explain. ‘They were set in cement a long time ago and just keep going up almost automatically,’ says one hospital chief financial officer with a shrug.

…That so few consumers seem to be aware of the chargemaster demonstrates how well the health care industry has steered the debate from why bills are so high to who should pay them… [T]he drag on our overall economy that comes with taxpayers, employers and consumers spending so much more than is spent in any other country for the same product is unsustainable. Health care is eating away at our economy and our treasury.”

Today in the US, even nonprofit hospitals are making greater profits than some prosperous for-profit businesses, and hospital presidents and department heads can make upwards of $2 million to $4 million in annual salary.

It’s not only the inflated costs of medical care that the average American needs to be aware of but also the high likelihood that some of the procedures you’re being recommended are unnecessary. According to a report by the Institute of Medicine, an estimated 30 percent of all medical procedures, tests and medications may in fact be unnecessary – at a cost of at least $750 billion a year7 (plus the cost of emotional suffering and related complications and even death – which are impossible to put numbers on). Examples of care deemed to be of little or no benefit include the following.8

The Solution? Take Control of Your Health

Ultimately, the solution to avoid being ripped off by medical care costs, or having to make a decision about whether you’re better off traveling abroad to receive a certain procedure, is to stay as healthy as possible by taking control of your health. It’s important to remember that the more you take responsibility for your own health – in the form of nurturing your body to prevent disease – the less you need to rely on the “disease care” that passes for health care in the United States. If you carefully follow some basic health principles – simple things like exercising, eating whole foods, sleeping enough, getting sun exposure, and reducing stress in your life – you will drastically reduce your need for conventional medical care, which in and of itself will reduce your chances of suffering ill side effects.

My nutrition plan is free and can help guide you, step by step, toward optimal health. It’s now significantly improved and contains a number of updated recommendations, such as the addition of fermented vegetables as a source of healthful probiotics; and using intermittent fasting and high intensity exercise to really optimize your health.

I strongly recommend reviewing it whenever your schedule allows. It is a very detailed and comprehensive program – it’s basically an entire book – and it is one of the most powerful tools to truly allow you and your family to take control of your health.

The Detroit Bail-In Template: Fleecing Pensioners to Save the Banks