Conference Board Employment Trends Index Down in September 2011 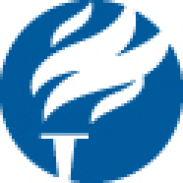 “Despite the somewhat better than expected employment numbers released on Friday, the decline in the Employment Trends Index in September suggests that weak job growth is likely to continue for the rest of 2011. Even as the economy remains slow going into the next year, we do not expect a major acceleration in layoffs, because employers have kept their workforce quite lean since the 2008/09 recession.”

The weakening indicators include The Conference Board Consumer Confidence Survey® “Jobs Hard to Get,” Initial Claims for Unemployment Insurance, Percentage of Firms With Positions Not Able to Fill Right Now, Part-Time Workers for Economic Reasons, Industrial Production, and Real Manufacturing and Trade Sales.

Econintersect’s jobs index is also forecasting a weak jobs market for the rest of the year (analysis here).

Source: The Conference Board

It’s Lights Out for City in Michigan

It’s Lights Out for City in Michigan