Is Quantitative Easing Occurring in China Via Gold Purchases? 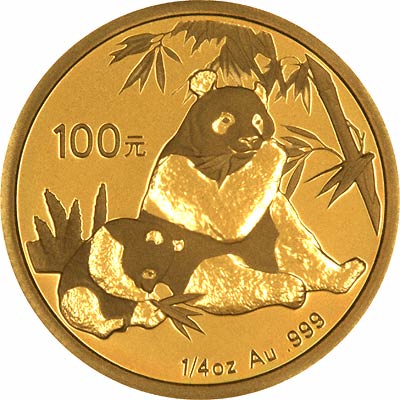 Econintersect: The St Louis Fed points out that quantitative easing occurred in 1933 .

Few analysts recall, however, that this is the second, not the first, quantitative easing by U.S. monetary authorities.  During 1932, with congressional support, the Fed purchased approximately $1 billion in Treasury securities (half, however, was offset by a decrease in Treasury bills discounted at the Reserve Banks).  At the end of 1932, short-term market rates hovered at 50 basis points or less. Quantitative easing continued during 1933-36.  In early April 1933, Congress sought to prod the Fed into further action by passing legislation that

(i) permitted the Fed to purchase up to $3 billion in securities directly from the Treasury (direct purchases were not typically permitted) and, if the Fed did not,

(ii) also authorized President Roosevelt to issue up to $3 billion in currency.

The Fed began to purchase securities in the open market in April at the modest pace of $50 million per week.

In October 1933, the Fed started to get cold feet:

…..on October 12, these [Fed] officials unanimously approved a statement to the president noting that

(i) the System’s holdings of government securities exceeded $2 billion,

(ii) bank reserves had reached a record high, and

The Fed’s reluctance could be overcome with gold.  President Roosevelt controlled both the nation’s gold stock and monetary policy, so long as the Federal Reserve remained inactive. The president’s most effective tool was the Gold Reserve Act, passed January 30, 1934, which raised the value of gold from $20.67 to $35 per ounce. The mechanism by which the Treasury gained control was elegantly simple. On August 28, 1933, Roosevelt called all outstanding domestic gold into the Federal Reserve Banks; on January 30, ownership was transferred, before revaluation, to the Treasury from the Federal Reserve Banks in exchange for (paper) gold certificates. When gold’s price increased to $35 per ounce from $20.67, the Treasury realized a windfall profit of more than $2 billion.  The Treasury, Meltzer (2003) reports, began purchasing gold “immediately” via the issuance of additional gold certificates—bank reserves and the monetary base expanded when the gold certificates later were received by the Federal Reserve Banks.  During 1934-36, the Treasury purchased $4 billion in gold in international markets, sharply increasing bank reserves and the monetary base.

Being students of history, are the Chinese purchases of gold an alternate way for quantitative easing in lieu of buying its own debt documents?  Are sovereign gold purchases another way of keeping a currency correlated to the US dollar when the USA is buying its own debt?

It appears the Fed correlates sovereign gold purchases and sovereigns using their currency to buy their own debt – and both are called quantitative easing.

Going a step further, could the sovereign purchase of any hard commodity in excess of the use of said commodity be considered quantitative easing?