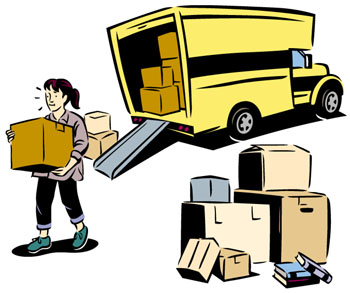 Econintersect:  A Chicago Fed study claims there is little evidence that home ownership is effecting labor mobility.  The study concludes:

We find that state-to-state migration rates among homeowners fell roughly in line with those of renters during the latest recession and early recovery period and roughly in line with previous recessions. Moreover, there is little evidence that migration varied based on the magnitude of a state’s recent house price decline or the employment status of the household head. Given our findings and the significant amount of other current evidence, we conclude that there is little empirical evidence that house lock has been an important driver of the recent high unemployment rate.

The following graphic was included in the study showing the state-to-state migration rates of  renters and homeowners.

The study had two caveats.

Another issue is that while we do not see a lot of evidence of geographic mismatch driven by house lock in the data through mid-2010, the unemployment rate was still around 9.5% that summer. Once the demand for labor picks up, it may very well be that concerns about geographic (as well as sectoral or skills) mismatch will come to the fore.

Economist: Social Security is Not a Problem

The Week Ahead: Watching Headline Risk

The Week Ahead: Watching Headline Risk