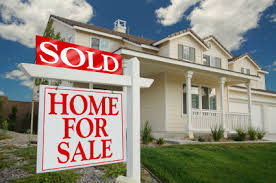 Econintersect:   CoreLogic, a leading provider of real estate analytics , said its June Home Price Index ((HPI) shows that home prices in the U.S. increased by 0.7% in June 2011 compared to May 2011, the third consecutive month-over-month increase.

“While there is a consistent and sustained seasonal improvement in prices over the last three months,  prices are lower than a year ago due to the decline in prices after the expiration of the tax credit last year. The difference between the overall HPI and our index excluding distressed sales indicates that the price declines are more concentrated in the distressed sales market.”

“Treasury rates plummeted more than 20 basis points last week as all eyes were focused on the debt ceiling negotiations in Washington, and economic data depicted much slower than anticipated economic growth,” said Michael Fratantoni, MBA’s Vice President of Research and Economics. “Mortgage rates fell, with the rate on 15-year mortgages reaching a new low in our survey. Refinance application volume increased, but even though 30-year mortgage rates are back below 4.5 percent, the refinance index is still almost 30 percent below last year’s level. Factors such as negative equity and a weak job market continue to constrain borrowers. Purchase activity increased off of a low base, returning to levels of one month ago, but remains weak by historical standards.”

The refinance share of mortgage activity increased to 70.1 percent of total applications from 69.6 percent the previous week.

The average contract interest rate for 30-year fixed-rate mortgages decreased to 4.45 percent from 4.57 percent, with points decreasing to 0.78 from 1.14 (including the origination fee) for 80 percent loan-to-value (LTV) ratio loans.   Hat tip to Calculated Risk for the graphic.