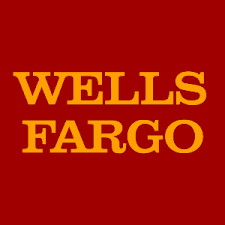 This penalty is the largest the Federal Reserve has assessed in a consumer-protection enforcement action and is the first formal enforcement action taken by a federal bank regulatory agency to address alleged steering of borrowers into high-cost, subprime loans.

The following background data was provided by the Federal Reserve:

Wells Fargo Financial–a once-active, non-bank subsidiary of Wells Fargo–made subprime loans that primarily refinanced existing home mortgages in which borrowers received additional money from the loan proceeds in so-called cash-out refinancing loans. The order addresses allegations that Wells Fargo Financial sales personnel steered borrowers who were potentially eligible for prime interest rate loans into loans at higher, subprime interest rates, resulting in greater costs to borrowers. The order also addresses separate allegations that Wells Fargo Financial sales personnel falsified information about borrowers’ incomes to make it appear that the borrowers qualified for loans when they would not have qualified based on their actual incomes.

These practices were allegedly fostered by Wells Fargo Financial’s incentive compensation and sales quota programs and the lack of adequate controls to manage the risks resulting from these programs. These deficiencies allegedly constitute unsafe and unsound banking practices and unfair or deceptive acts or practices that are prohibited by the Federal Trade Commission Act and similar state laws. In agreeing to the order, Wells Fargo did not admit any wrongdoing. The order requires Wells Fargo to compensate borrowers affected by these practices. To identify prime-eligible borrowers with cash-out refinancing loans who were subject to improper steering, Wells Fargo is required to reevaluate the qualifications of all borrowers who took out a subprime, cash-out refinancing loan between January 2006 and June 2008 to account for certain specific steering techniques. To identify Wells Fargo Financial borrowers whose income information was falsified without their knowledge, Wells Fargo is required to set up a procedure for potentially affected borrowers to show that their actual income at the time did not qualify them for the loans they were granted. Wells Fargo is required to provide notice of this procedure to all borrowers who obtained cash-out refinancing loans between January 2004 and June 2008 at a Wells Fargo Financial office where there is evidence that sales personnel at that office altered or falsified borrowers’ income information.