Scientists explore causes of the warming pause, perhaps the most important research of the decade

Summary: Today we look at papers exploring the pause in warming of the surface atmosphere temperature, now in its second decade. This is one of the world’s most important science priorities, which will guide public policy for the next decade. Do we need a crash program to control CO2 emissions, and mitigate the effects of warming. Or do we have time for more measured responses? There is another dimension to this. Climate science not only teaches us much about our planet, but the reactions of political activists on both says much about modern America.

(a) Learning about our world

Research into the causes of the pause in surface temperature warming is one of the most important science being done today, the results determining public policy for the next decade or more. Do we have time for measured responses to rising CO2 levels, or are crash programs required now to limit them – and prepare for the effects of resumed warming?

Here are some samples of papers about possible causes of the pause. These are all speculative (science takes place on the edges of available data and theory). Eventually these lines of research will produce answers. Meanwhile we get to watch science in action.

(b) Learning about ourselves

American society has long been famously anti-intellectual. The Right cherishes creationists; the Left loves the Pope when he supports their views (He’s a superstitious old reactionary the rest of the time). The climate wars demonstrates that this remains true today.

Now we see the climate activists in full madness. They loudly declare that there is no pause in surface temperature warming. This ignores the dozens of papers mentioning the pause, reports by major climate agencies (e.g., the UK Met Office), papers forecasting when the pause will end, and – the subject of this post – papers about possible causes of the pause.

What’s more pitiful? Activists attempts to conceal the work of climate scientists? Or their followers who close their eyes, seeing only what they’re told to see (a modern version of the prisoners in Plato’s cave).

Now, to the science…

Given the widely noted increase in the warming effects of rising greenhouse gas concentrations, it has been unclear why global surface temperatures did not rise between 1998 and 2008. We find that this hiatus in warming coincides with a period of little increase in the sum of anthropogenic and natural forcings. Declining solar insolation as part of a normal eleven-year cycle, and a cyclical change from an El Nino to a La Nina dominate our measure of anthropogenic effects because rapid growth in short-lived sulfur emissions partially offsets rising greenhouse gas concentrations.

As such, we find that recent global temperature records are consistent with the existing understanding of the relationship among global surface temperature, internal variability, and radiative forcing, which includes anthropogenic factors with well known warming and cooling effects.

(3) A survey of the literature

“The recent pause in global warming: What are the potential causes 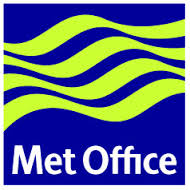 There are two main ways to explain the recent surface temperature behaviour; firstly, through changes in the net amount of incoming energy to the climate system (radiative forcing) or, secondly, through redistribution of energy within the climate system, particularly through exchange between the upper and deep ocean, which can temporarily hide the warming below the surface.

(4) The oceans are absorbing the heat

The eminent Roger Pielke Sr (see Wikipedia) has long said that the focus on the surface air temperature was inappropriate, and that…

For this he was smeared, and called a denier by activists. Such as those at Skeptical Science (Dana Nuccitelli’s launch pad, which should be called “skeptical of science”). See this page calling him a “climate misinformed” (note that all of his quotes shown there now appear correct).

Now that the surface temperature has paused, climate scientists have realized that he was correct. And of course activists give no retraction or apologies for their smears. Now back to the scientists …

Global warming first became evident beyond the bounds of natural variability in the 1970s, but increases in global mean surface temperatures have stalled in the 2000s. Increases in atmospheric greenhouse gases, notably carbon dioxide, create an energy imbalance at the top-of-atmosphere (TOA) even as the planet warms to adjust to this imbalance, which is estimated to be 0.5-1 W m-2 over the 2000s.

Annual global fluctuations in TOA energy of up to 0.2 W m-2 occur from natural variations in clouds, aerosols, and changes in the Sun. At times of major volcanic eruptions the effects can be much larger. Yet global mean surface temperatures fluctuate much more than these can account for. An energy imbalance is manifested not just as surface atmospheric or ground warming but also as melting sea and land ice, and heating of the oceans.

More than 90% of the heat goes into the oceans and, with melting land ice, causes sea level to rise. For the past decade, more than 30% of the heat has apparently penetrated below 700 m depth that is traceable to changes in surface winds mainly over the Pacific in association with a switch to a negative phase of the Pacific Decadal Oscillation (PDO) in 1999. Surface warming was much more in evidence during the 1976-1998 positive phase of the PDO, suggesting that natural decadal variability modulates the rate of change of global surface temperatures while sea-level rise is more relentless.

Global warming has not stopped; it is merely manifested in different ways.

The biggest mystery in climate science today may have begun, unbeknownst to anybody at the time, with a subtle weakening of the tropical trade winds blowing across the Pacific Ocean in late 1997.

This is a remarkable article, especially in one of the premier science journals. The role of ocean-atmosphere cycles (e.g., PDO, AMO, ENSO) in warming has been a major theme of climate skeptics – of which Bob Tisdale is the best-known. Activists have smeared and mocked them, so recognition of the validity of their insights is a stunning vindication, even if uncredited in this article. This is a common pattern in the history of science, professionals following path-breaking work by amateurs.

(5) Its the reduced emissions of CFCs and methane

The warming of the climate system is unequivocal as evidenced by an increase in global temperatures by 0.8 °C over the past century. However, the attribution of the observed warming to human activities remains less clear, particularly because of the apparent slow-down in warming since the late 1990s.

Our analyses also reveal a contribution of human interventions to two periods when global warming slowed down. Our statistical analysis suggests that the reduction in the emissions of ozone-depleting substances under the Montreal Protocol, as well as a reduction in methane emissions, contributed to the lower rate of warming since the 1990s. Furthermore, we identify a contribution from the two world wars and the Great Depression to the documented cooling in the mid-twentieth century, through lower carbon dioxide emissions.

We conclude that reductions in greenhouse gas emissions are effective in slowing the rate of warming in the short term.

Many scientists have pointed to changes in solar activity as drivers of decadal or century-long climate cycles (see research listed in section #7 here). Climate activists have denounced as “deniers” anyone daring to mention this research (see the comments to the posts about solar cycles). Now that’s gone down the memory hole, as solar activity becomes an explanation for the pause (we’ve always been at war with EastAsia). Back to the science…

The question whether human activities seriously affect climate is asked with increasing voice these days. Quite understandable since the climate appears to be out of control with the significant global temperature increases already seen during the last 3 decades and with still heavier temperature increases to come in the future according to prognoses, among others, in the recent comprehensive IPCC reports.

However, the most recent climate data, show global temperature development levelling off or even turning negative since 2001 in contrast to the anticipated course related to the steady increases in the concentration in the atmosphere of green-house gasses, primarily carbon dioxide and methane.

The purpose of this communication is to demonstrate that the reduced rate in the global temperature rise complies with expectations related to the decaying level of solar activity according to the relation published in an earlier analysis. Without the reduction in the solar activity-related contributions the global temperatures would have increased steadily from 1980 to present.

(7) One of the 4 major global temperature datasets underestimates warming

Doubting the accuracy of global temperature measurements has been considered heresy by climate activists (denier, denier they’d cry). But desparate for salvation they greeted this paper with euphoric celebration, although much of the initial response by climate scientists was critical (examples here). Plus, of course, there are three other major temperature datasets.

“Coverage bias in the HadCRUT4 temperature series and its impact on recent temperature trends“, Kevin Cowtan and Robert G. Way, Quarterly Journal of the Royal Meteorology Society, in press – Abstract:

In complete global coverage is a potential source of bias in global temperature reconstructions if the unsampled regions are not uniformly distributed over the planet’s surface. The widely used HadCRUT4 dataset covers on average about 84% of the globe over recent decades, with the unsampled regions being concentrated at the poles and over Africa.

Three existing reconstructions with near-global coverage are examined, each suggesting that HadCRUT4 is subject to bias due to its treatment of unobserved regions. Two alternative approaches for reconstructing global temperatures are explored, one based on an optimal interpolation algorithm and the other a hybrid method incorporating additional information from the satellite temperature record. The methods are validated on the basis of their skill at reconstructing omitted sets of observations. Both methods provide superior results than excluding the unsampled regions, with the hybrid method showing particular skill around the regions where no observations are available.

Temperature trends are compared for the hybrid global temperature reconstruction and the raw HadCRUT4 data. The widely quoted trend since 1997 in the hybrid global reconstruction is two and a half times greater than the corresponding trend in the coverage-biased HadCRUT4 data. Coverage bias causes a cool bias in recent temperatures relative to the late 1990s which increases from around 1998 to the present. Trends starting in 1997 or 1998 are particularly biased with respect to the global trend. The issue is exacerbated by the strong El Ni ̃no event of 1997-1998, which also tends to suppress trends starting during those years.

(8) A few important things to remember about global warming

While cheering for their faction of scientists, laypeople often lose sight of the big picture – the key elements for making public policy about this important issue.

(a) The work of the IPCC and the major science institutes are the best guides for information about these issues.

(b) The world has been warming during the past two centuries, in a succession of warming, cooling, and pauses. Since roughly 1950 anthropogenic causes have been the largest driver. Warming paused sometime in 1998-2000.

(c) There is a debate about the attribution (causes) of past warming – which probably varied over time – between natural drivers (e.g., rebound from the Little Ice Age, solar influences) and anthropogenic drivers (eg, CO2, aerosols, land use changes). Other that that stated in #3, the IPCC’s reports make few claims about attribution of climate activity, as this remains actively debated in the literature.

(d) There is an even larger debate about climate forecasts, both the extent of future CO2 emissions and the net effects of the various natural and anthropogenic drivers.

(e) For the past five years my recommendations have been the same:

(a) Reference Pages about climate on the FM sites:

(b) Other posts in this series about global warming: