From the Chinn and Frieden entry:

Is the American economy finally going to grow rapidly? Our book, Lost Decades: The Making of America’s Debt Crisis and the Long Recovery, stressed that recovery would be long and slow, and could be hampered by such misguided policies as withdrawing fiscal stimulus too rapidly. Nonetheless, five years after the end of the Great Recession, there is finally some cause for optimism. GDP and employment growth are accelerating and manufacturing is rebounding, in large part due to growing exports. With corporate profits at record levels, business fixed investment is also going to surge-especially now that uncertainty created by congressional fiscal brinksmanship appears to have been resolved. Prospects for continued growth are good, especially because the economy is finally shaking off the aftereffects of accumulated household debt. Equity markets and home values have risen, bringing real household net worth back to its pre-recession peak. This has helped clear the debt overhang that held back consumer spending and bank lending for so long.

These points are discussed in this post, and illustrated in the following graphs. 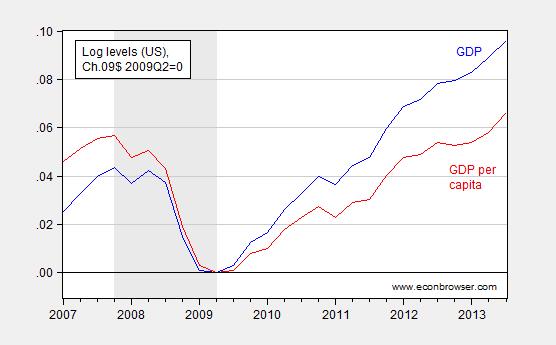 It is of interest that in Reinhart and Rogoff (2014), to be presented at the American Economics Association meetings, they write:

We examine the evolution of real per capita GDP around 100 systemic banking crises. Part of the costs of these crises owes to the protracted nature of recovery. On average, it takes about eight years to reach the pre-crisis level of income; the median is about 6.5 years. Five to six years after the onset of crisis, only Germany and the US (out of 12 systemic cases) have reached their 2007-2008 peak in real income. Forty three percent of the 100 episodes recorded double dips. Post-war business cycles are not the relevant comparator for the recent crises in advanced economies. [Emphasis added – MDC]

Pretty funny reading, when one remembers those folks who wrote (and defended the proposition) that the current recovery is “the worst economic recovery in history”. 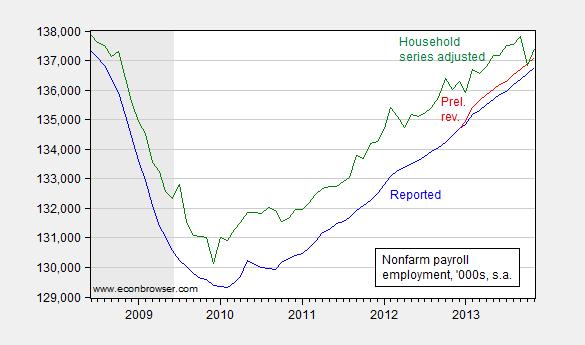 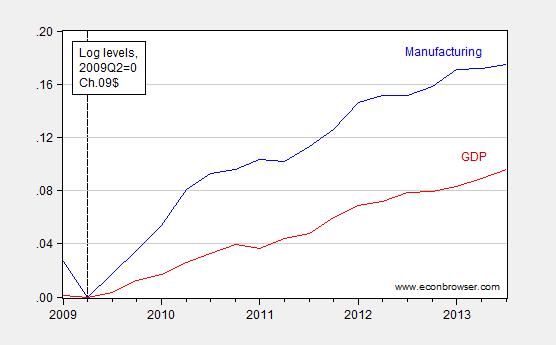 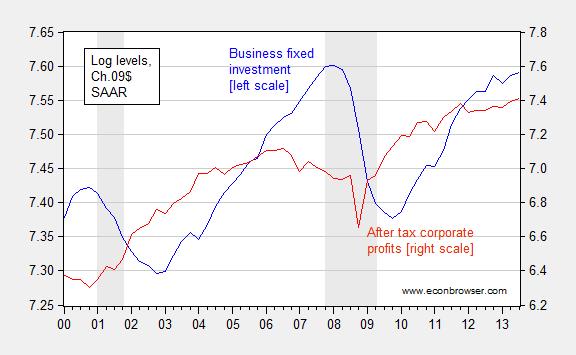 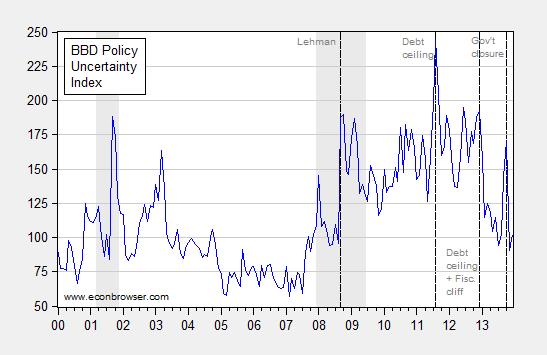 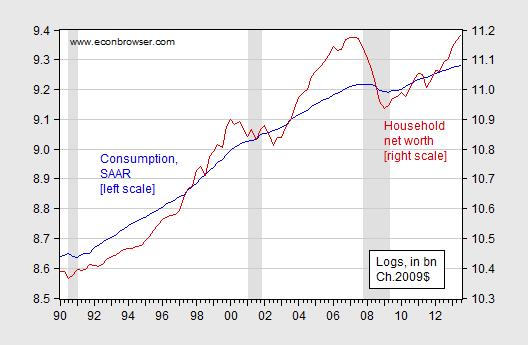 Of course, none of this means our longer term problems are solved:

Longer-term challenges to sustained American growth remain. One is the high, and increasing, degree of income inequality. The share of national income accruing to the wealthy has continued to rise, even as real median income has stagnated. This income disparity makes it unlikely for consumption to remain at levels necessary for sustained growth. …

The entire article is here.