Today’s austerity, many argue, is stupid. This column argues that today’s EZ austerity may arise from stupidity before the crisis – specifically lacklustre structural reform. Excess debt arose in nations maintaining unsustainable living standards and welfare systems in the face of poor growth. The Crisis forced radical adjustments such as austerity in a recession. It’s not austerity which caused low growth, but low pre-Crisis growth which ultimately caused austerity. The way out of austerity is fundamental pro-growth reforms that create room for more gradual fiscal adjustment. 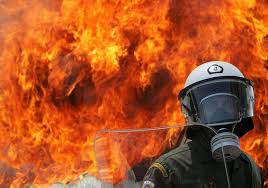 The recent Eurozone crisis has shown that austerity measures are self-defeating. They produce severe recessionary consequences which – at least in the short term – tend to increase public debt, as a ratio to GDP. This assessment is confirmed by econometric analysis showing that budgetary adjustments have been more recessionary than expected, with fiscal multipliers being higher than unity (Blanchard and Leigh 2013).

The overly restrictive nature of austerity can be clearly illustrated in Figure 1, which replicates a chart produced by Paul Krugman in a recent New York Times Op-ed (Krugman 2013). The negative correlation between austerity measures implemented by Eurozone countries in the period 2008-2012, as measured by the IMF, and the growth rate over the same period appears to be quite strong – the magnitude of the coefficient exceeds one. The conclusion from these findings is that austerity is not the best way to cure public finances. Why the mistake persists

The question should then be asked: Why do policy-makers in the Eurozone persist in making the same mistake? The answer implicitly given by Krugman is that policy makers are not particularly smart – or they have been badly advised. Or they have underestimated the effects of their policies. Another way to put it is that by pursuing austerity European politicians are economically ignorant – or stupid.

Assuming that politicians are irrational or stupid may be an easy way out, especially for academics. An alternative way to look at the issue is to question the causality in the correlation between austerity and growth. Krugman considers that by pursuing austerity measures European policy makers show their irrationality, or stupidity. They are stupid because they pursue austerity rather than a more preferable policy option.

Could it be the other way around?

The question that I would like to raise is the following: Could it be the other way around?

I would like to use the same methodology used by Krugman to explain the point. I would nevertheless like to warn readers as to its limitations. A sample made of only 11 observations should be used with great caution. The results are likely to be biased, especially in the presence of outliers. What follows should thus be interpreted as an invitation for further more sophisticated work.

Looking closely at Krugman’s chart, it is striking how the correlation depends on Greece. Greece is in fact a very specific case. An extreme dose of austerity was applied to an economy characterized by strong rigidities and inefficiencies. Some robustness test should be conducted on Krugman’s analysis.

What else is going on?

The results suggest that EZ economic growth has been influenced by other factors, aside from austerity. The next step is to look at other possible variables which may explain growth differentials across Eurozone countries.

The ideal methodology would be to use cross-section equations with multiple explanatory variables, but the small size of the sample does not allow this. We thus have to proceed variable by variable. Even if the robustness of the analysis is limited, it provides some interesting food for thought.

It suggests that countries with higher credit risk have suffered from more restrictive conditions, which have led to lower growth.

This result should of course be taken with caution. The correlation hides the fact that since 2008 countries with higher debt have had to implement higher austerity measures. However, the significance of the correlation, compared to the previous one, suggests that the stringency of financing conditions has played a significant role, aside from austerity, in explaining economic performance. In other words, independently of the austerity measures that they implemented, countries with higher credit risk on their debt suffered most.

The analysis can be extended by considering the correlation between sovereign risk and banking risk. This explains the relative tightening of credit conditions in peripheral countries.

It suggests that firms’ financing conditions have been an important factor in explaining cross country growth differentials in the Eurozone.

EZ countries which had increasing difficulties in financing their public debt during the crisis suffered from both a credit crunch – as reflected by more expensive bank credit – and the impact of the fiscal adjustment. In other words they experienced both restrictive monetary and fiscal policies. A further step in the analysis is to look beyond economic policies and consider more fundamental structural issues. A starting point is to consider the imbalances which accumulated during the first years of monetary union, expressed in terms of competitiveness and growth potential.

Figure 5 looks at changes in competitiveness, measured by relative unit labour costs, accumulated from the start of the euro until the year preceding the crisis.

In other words, the growth differentials after the crisis are largely the result of the adjustment to the imbalances accumulated before the crisis. The correlation between competitiveness and growth appears to be particularly strong also when considering more fundamental factors, like those included in the ranking used by the World Economic Forum to classify the attractiveness of countries for investors.

Countries which are at the low end of the competitiveness ranking are also those that have grown less after the crisis.

This is confirmed by looking at more specific indicators of long term growth potential, which is an important determinant of competitiveness. One can select as indicators of potential growth, as an illustration, internet access and numerical literacy, as measured in the OECD’s recent Skills outlook report, published in October 2013. Figures 7 and 8 show the strong correlation between Eurozone countries growth since the start of the crisis and these structural variables. One should be careful in drawing conclusions from these correlations. The sample sizes are small and there is a high degree of correlation among the explanatory variables.

Nevertheless the exercise can be used to raise some interesting and provocative questions. For instance, if growth is negatively correlated with internet access and numerical proficiency, and growth is also negatively correlated with austerity, is there any relationship between the two variables which are considered exogenous, i.e. internet access and austerity? Figure 9 shows that there is indeed a strong correlation between the two, i.e. countries with low internet access have implemented more austerity. What is it supposed to mean? A more complicated relationship than many believe?

It may mean that relationship between austerity and growth is more complicated than many economists think. In looking at growth performance during the crisis, macroeconomists are inclined to look at the specific policies which have been implemented, without asking why such policies were followed. The hypothesis that policy makers were ill advised or irrational may seem appealing to academics who tend to despise politicians. However, there may be alternative hypotheses, which the above simple statistical analysis does not seem to reject.

Put it in other terms, the countries which experienced low potential growth, because of fundamental structural problems such as literacy or low productivity growth, accumulated an excess of public and private debt before the crisis to try to sustain their standards of living and their welfare systems, which turned out to be unsustainable and required a sharp adjustment when the crisis broke out.

Austerity has certainly caused low growth but may itself be the result of the poor and unbalanced growth performance before the crisis, which was due to the lack of reform. The postponement of reforms to improve growth potential has left countries with only one solution, austerity. Austerity is thus the result of policy makers’ past inability to take timely decisions, in other words it’s the result of their short sightedness – and stupidity.
The way out of austerity is more fundamental structural reforms which increase growth potential and create the room for manoeuvre for a more gradual fiscal adjustment.

Author’s note: I would like to thank Matthias Busse at CEPS for valuable research assistance.