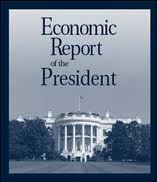 by Guest Author William Black (bio at end of post)

I decided to look at what President Bush’s Council of Economic Advisors (CEA) were saying in their annual reports for 2005-2007 about the massive real estate bubble, epidemic of accounting control fraud and mortgage fraud, the resultant rapidly developing financial crisis, and the great increase in economic inequality. Here’s what I found on these topics.

Home ownership reached a record 69%. Home prices were surging. No discussion of the developing bubble. The CEA was enthused by the housing sector.

No mention of subprime or nonprime loans (or any variants, e.g., stated income).

There was no discussion of financial institutions’ risk.

There was no mention of Fannie or Freddie.

The report contained an extensive discussion of Internet frauds.

No use of the term “inequality,” but discussion of some of the factors increasing inequality. It does not discuss the perverse incentives arising from executive compensation tied to short-term reported firm income.

No CEA chair listed because no replacement was in place after Bernanke’s resignation when he was appointed as the Fed’s Chair.

“During the past five years, home prices have risen at an annual rate of 9.2 percent.” The report argues that this was driven by increased demand and lower financing costs. It does not use the word “bubble,” but it argues that there is no bubble.

No mention of subprime or nonprime loans (or variants).

Chapter 9 of the report is devoted to financial institutions. The CEA argues that the U.S. has a “comparative advantage” in financial services. It premises its analysis of financial institutions on information asymmetries. It has a glaring false tone at the start of this discussion when it asks: “why do [banks] ask for so much information before making a loan….? By early 2006, of course, the striking change was how little information banks verified. The CEA explains the concepts of adverse selection, moral hazard. The explanation is critically flawed in that it ignores fraud despite the fact that adverse selection and moral hazard are exceptionally criminogenic. Again, the CEA ignores the FBI’s warnings of the growing mortgage fraud epidemic and ignores the risk of accounting control fraud by financial institutions and their agents. It notes that banks can take steps that are known to minimize adverse selection and moral hazard, but ignores the vital fact that the officers that controlled the nonprime lenders typically refused to take such steps (even though any honest businessman would do so) and that nonprime lending was vast and growing rapidly.

The CEA’s discussion of these topics is bizarre – it fails to recognize or address the implications of the fact that nonprime lenders are acting in a manner directly contrary to the economy theory the CEA argues explains why financial intermediaries exist. Under the CEA’s theories, the actions of the nonprime lenders are rational only for accounting control frauds. In conjunction with the FBI’s 2004 warnings that the growing fraud epidemic would cause a financial crisis this should have caused the CEA to issue a stark warning. Instead, the discussion is triumphal. The CEA even sees the tremendous increase in GDP devoted to the financial sector as desirable – proof that the U.S. has a “comparative advantage” in finance over the rest of the world. The CEA then claims that this advantage leads to exceptional U.S. growth and stability, helping to produce the “Great Moderation.” Deregulation and the rise of financial derivatives explain our comparative advantage in finance, the Great Moderation, and our superior economic growth. This self-congratulatory dementia achieves self-parody when the CEA lauds “cash-out-mortgage refinancing” for purportedly having “moderate[d] economic fluctuations.” The CEA’s discussion of “safety and soundness” regulation is overwhelmingly a highly generalized description of Basel I and II.

The report uses the term “inequality” and ascribes the growing inequality overwhelmingly to the distribution of skills. It does not discuss the perverse incentives arising from executive compensation tied to short-term reported firm income.

The report does not mention the word “bubble” and continues to argue that the price increases in housing are due to rising demand for housing and lower financing costs. The CEA claims that the growth in home prices during the decade was “modest” in most metropolitan areas. The growth in most metropolitan areas was materially faster than GDP and population growth. The report admits that all housing indices fell sharply in 2006, but stresses that unemployment is falling and claims that the fall in housing may increase growth in other sectors by reducing “crowding out” effects in private investment.
The report does not mention mortgage fraud or accounting control fraud by lenders and their agents. It mentions fraud in two contexts. First, it states that it is possible that regulation could reduce fraud with respect to disaster insurance. Second, it notes that fraudulent papers can make it difficult for employers to avoid hiring undocumented immigrants.

No mention of subprime or nonprime loans (or variants).

The report does not mention Fannie or Freddie.

The report uses the term “inequality” and ascribes the growing inequality overwhelmingly to the distribution of skills. It does not discuss the perverse incentives arising from executive compensation tied to short-term reported firm income.

During the key period 2005-2007 when the epidemic of mortgage fraud driven by the accounting control frauds hyper-inflated the bubble and set the stage for the Great Recession the President’s Council of Economic Advisors were oblivious to the developing fraud epidemics, bubble, and the grave financial crisis they made inevitable absent urgent intervention by the regulators and prosecutors. President Bush’s economists in this era were blind to the factors that were making the financial environment so criminogenic (e.g., deregulation, desupervision, and de facto decriminalization plus grotesquely perverse executive and professional compensation). They typically did not make any relevant policy advice and when they did it was the worst possible advice warning of the grave dangers of regulations designed to reduce adverse selection. They were so blind that they did not even find it worthy of reporting that there were over a million “liar’s” loans being made annually.

The only CEA report that even attempted to address financial regulation discussed a theoclassical fantasy world that bore increasingly little relationship to the reality of nonprime mortgage lending. The tragedy is that “adverse selection” and lemon’s markets are superb building blocks for analyzing the frauds that drove the crisis and for understanding why only liars make a business out of making liar’s loans in the mortgage context. The CEA did not warn of any credit risk at Fannie and Freddie. Indeed, it urged them to make more loans to weaker credit risks as long as they securitized the loans. Securitization would not have reduced Fannie and Freddie’s credit risk.

Crime Pays: The Blame for Fannie and Freddie by Dean Baker

A Nation of Secret Laws by Washington’s Blog

How Can the Architects of Crisis Investigate It? by William K. Black

Insiders: The FCIC Was Set Up to Fail by Yves Smith

Why Bail Out the Criminals? Why Not the Victims? by Derryl Hermanutz

We Must Prosecute Fraud by Washington’s Blog

Editor’s note: This was originally published at New Economic Perspectives with the title: Council of Economic Advisors’ Annual Reports 2005-2007: No Crisis Here

One reply on “Spotlight on the Bush Council of Economic Advisors”