— this post authored by Rebecca Senf, University of Arizona

Ansel Adams’ bold, black-and-white landscapes of the American wilderness are so iconic that most people know an Adams photograph when they see it.

You might be surprised to learn that Adams didn’t learn his craft by attending an elite art institution or by apprenticing with a master photographer.

My new book, “Making a Photographer: The Early Work of Ansel Adams,” charts Adams’ early years, demonstrating how this self-taught expert learned from experience to identify his audience, hone his message and imbue his photographs with drama and emotion. I discovered that the eight years he spent working for the marketing department of the Yosemite Park and Curry Company – the sole provider of lodging, dining and entertainment services for Yosemite National Park – had a particularly profound influence on his later work.

Although Ansel Adams is a well-known artist, almost nothing has been written about his work with the Yosemite Park and Curry Company, or how it influenced his career. 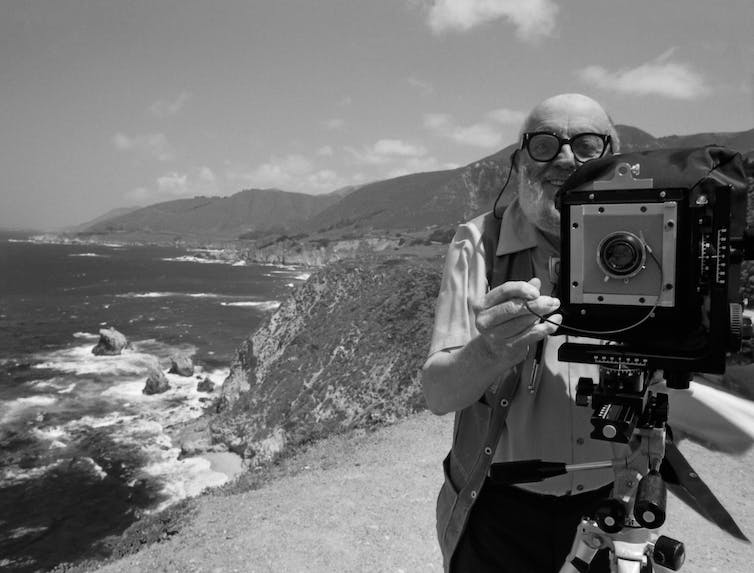 Photographer Ansel Adams poses on a bluff with his camera.

A San Francisco native, Ansel Adams first visited Yosemite Valley in 1916 as a 14-year-old boy on summer vacation with his parents. Armed with his Kodak Box Brownie camera, he snapped photographs of the waterfalls and rock formations. 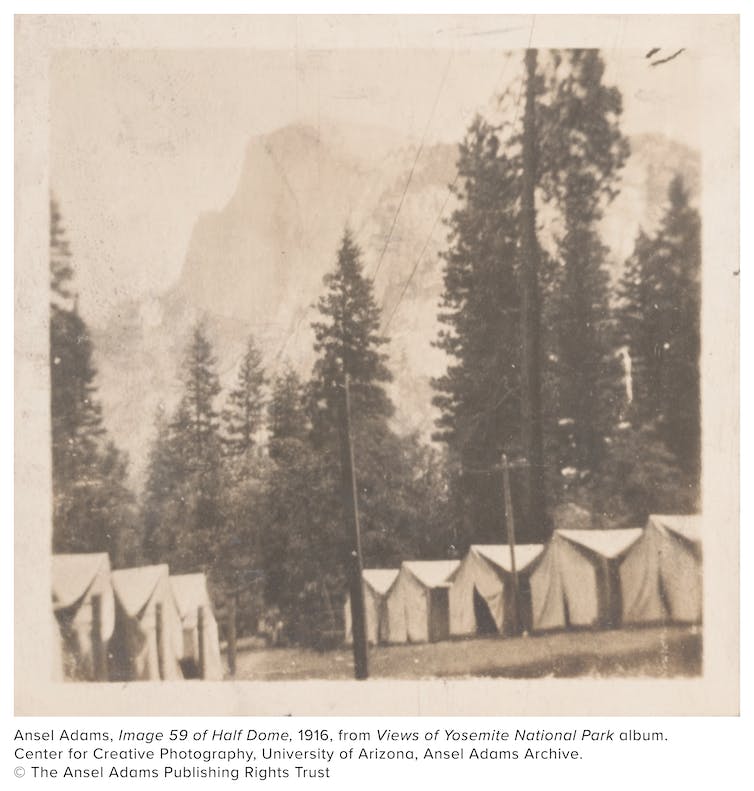 Though he experimented with light and composition, his initial efforts were clearly that of an amateur. Even though he continued to refine his photographic technique, he dreamed of one day becoming a concert pianist. Every year for the next 10 years, he returned to Yosemite National Park to hike, camp and take photos, and his passion for photography and the outdoors only grew.

Piano eventually fell by the wayside: By 28, he’d decided he wanted to become a photographer. At the time, however, there were few professional opportunities for photographers. Photographs weren’t widely collected or exhibited, and popular pictorial magazines like Life and Look hadn’t launched yet. 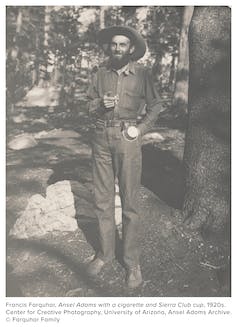 Inspired by his time spent in the wilderness, Adams eventually realized he wanted to be a photographer. Author provided

So Adams sought out commercial jobs that would give him an opportunity to work as a photographer. They included taking portraits, photographing homes and buildings for architects and interior designers, and taking promotional photographs for businesses like wineries and banks.

Then, in 1929, Adams took a job that would prove to have an unexpected and meaningful impact on his life as an artist: He was hired to be a photographer for the Yosemite Park and Curry Company.

The company wanted Adams to publish bold, captivating photographs to lure more tourists to Yosemite, and its marketing department coached Adams about the most effective approach to making photographs.

For instance, in a letter, the head of the Yosemite Park and Curry Company instructed Adams that, when taking a winter photograph, he should only shoot trees and houses “heavily ladened with freshly fallen snow.” Likewise, Adams was told to take photographs of only the best-dressed ice skaters using the valley’s ice rink. 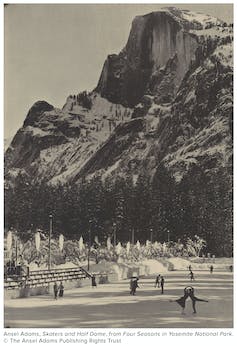 Adams ended up photographing a wide range of vacation pastimes, including sleigh riding, dog sledding, horseback riding, fishing, golfing and back-country camping. He also photographed the park’s distinctive vistas. These pictures appeared in brochures and newspaper articles, on postcards and menus, and in a deluxe souvenir book called “The Four Seasons in Yosemite National Park.” The job had many benefits for the photographer: a good income, the challenge of attracting more visitors to his beloved Yosemite and the opportunity to practice making pictures.

As with all forms of advertising, the goal was persuasion. In Adams’ photographs, the action taking place is easy to understand, the setting spectacular and the composition simple and focused, with few distractions. The resulting images could also be easily reproduced in a newspaper, magazine or glossy brochure. Particularly effective ones showed people participating in the Yosemite Park and Curry Company’s tourist activities with the park’s dazzling scenery as a backdrop.

During his time with the Yosemite Park and Curry Company, Adams was also involved in the marketing process beyond just making photographs. He wrote captions to accompany his images, worked on store window displays that promoted Yosemite and consulted on the design of souvenirs that featured his pictures.

From marketer to artist

At the end of 1937, Adams left the Yosemite Park and Curry Company to focus on his fine art photography. As a passionate environmentalist, Adams hoped viewers of his photographs would be so impressed by the magnificence of nature that they would be compelled to explore and preserve it. The lessons he learned promoting the park’s activities had clearly been of value: In his famous landscapes of America’s wilderness, you can see the same bold, emotional and emphatic style. 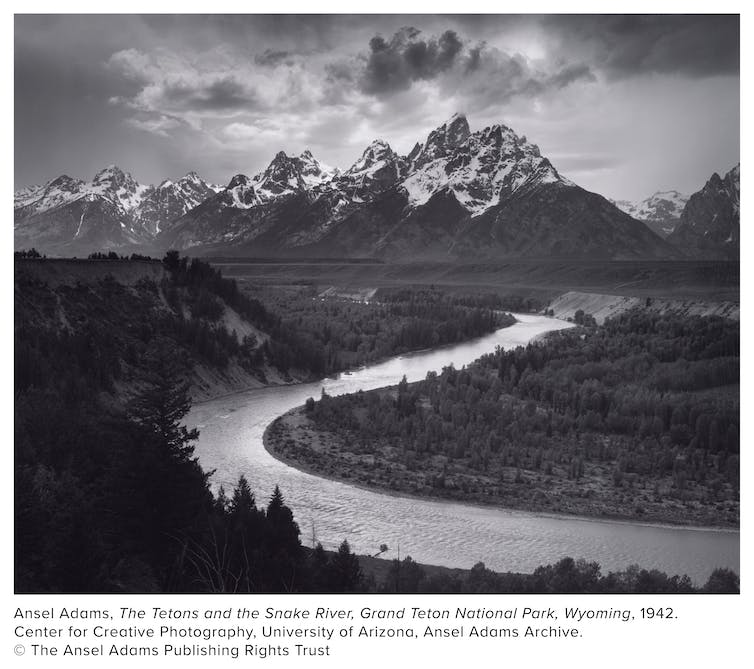 “A great photograph is one that fully expresses what one feels, in the deepest sense, about what is being photographed and is, thereby, a true manifestation of what one feels about life in its entirety.”

Previously, he had supported his employer’s aim to compel people to visit Yosemite. Now he had his own goals to pursue. And thanks to his ability to harness the communicative power of photography, Adams would go on to convince millions of the grandeur and value of nature.