The last couple of weeks have been very interesting concerning the Chinese economy, and especially regarding major Chinese stocks. During the latter weeks of June there was a stage where major stocks were falling, such as the benchmark Shanghai stock index, which slid about 13% within a week.

While the stocks rose an astounding 40% over the last year, the Shanghai Composite (the world’s 3rd largest stock exchange) dramatically slid, as did others in China. The decline was measured as the largest drop in a week in China since the financial crisis of 2008.

“The price of funds has increased, the flow has shrunk, and transaction structures are getting more complicated,” says a Chongqing-based shadow banker who provides grey-market loans to stock investors.

“We’re no longer in a growth period. It’s more like, feed the addiction until you die, earn fast money. No one treats this as their main career.”

The stocks in China today remain volatile, even considering the various steps that have been taken to support the various markets. One of the multiple economic theories as to how the so called ‘bubble’ burst is that the share prices got ahead of the overall Chinese economic growth.

Over the last few days there have been many steps towards fixing the problem proactively. One of the policies that was implemented to save the Chinese stock market over the last 48 hours was a promise of liquidity support to the various entities in need by the People’s Bank of China. After implementation, the Composite Index had an immediate growth within hours. One of the more negative results, however, was the immediate concurrent decline of stocks in Hong Kong, including the Hang Seng Index, as well as other various entities.

In addition, the 21 largest brokerage firms in China committed themselves to purchase approximately $20 billion worth of stocks in order to stabilize the market. 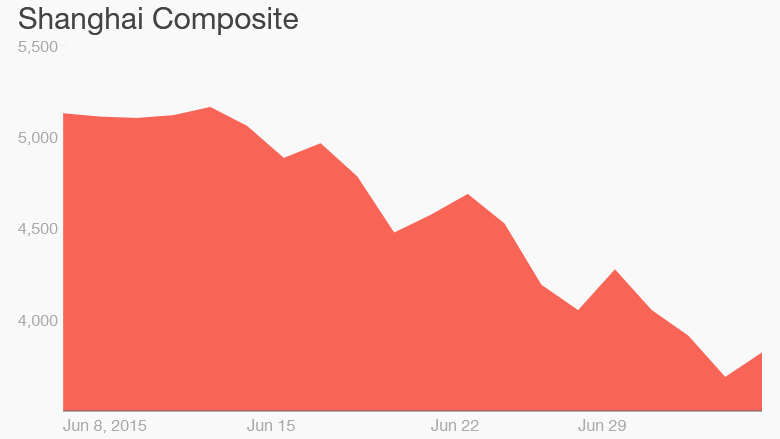 In the last 24 hours, there has seemed to be a recovery in Chinese stocks, but only time will tell as to what the trajectory will be in the next few weeks. In the current market craziness, what appears to be a possible recovery on one day can turn out to be merely volatilty the next. According to Oxford Economics, shares may have to fall another 35% or so to bring them into line with long-term averages.

Economics as Social Organisation: Why We Should All Be Relativists