Relatively Quiet Session As Many Indices Climb Out Of Doldrums.

Generally speaking the markets were on an upwards melt-up on falling volume which is most likely the cause and effect of the HFT algo computers doing their thing.

By 4 pm the averages were mixed but still sliding in a positive direction. I have some doubts that will be any indication of Monday’s session, but this market is full of surprises. The small caps remained in the red and without them melting up with the large caps there will NOT be a continuation of this bull run. Monday could be an interesting event where we witness new highs all over the board or it could be the day the markets stood still! I sit on my hands waiting.

The generalized worries investors have is not totally unwarranted as pointed out in the following article. Many feel, including myself, that there will be ‘hell to pay’ sometime in the future.

ZeroHedge reports, “Between Detroit’s bankruptcy, Microsoft’s miss and worst drop in over 13 years, and GOOG’s miss (latter gobbled back by the BTFD’ers), it is no surprise that stocks rallied (thanks to GE’s explosion higher and Trannies surging)”.

The current regime of extreme monetary policy that has become the new normal – to which we have become entirely desensitized and addicted – remains the biggest (and most dangerous) experiment in central planning in the 100 year history of the Fed.

Trusting the beard and his band of PhDs to get this right may be a stretch though, as UBS’ Art Cashin notes, their track record has not been stellar and as he notes from the 10th Annual Report of the Fed: “the Fed was supposed to extend credit only for ‘productive’ and not for ‘speculative’ purposes.”

The longer trend is up, the past months trend is bullish, the past 5 sessions have been bullish and the current bias is positive.

More Widening For The Brent/WTI Spread ahead?

Here’s why copper has lost its indicator role

The rising dollar: Green and back

The dollar is enjoying a rare period of strength. How far can the rally go? 20 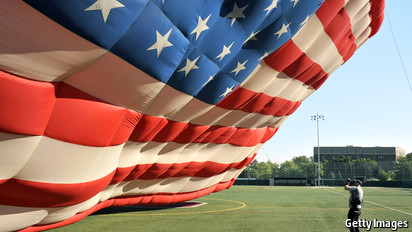