Calls Of A Market Top Have Emerged

This is an excerpt from this weekend’s premium update from the The Financial Tap, which is dedicated to helping people learn to grow into successful investors by providing cycle research on multiple markets delivered twice weekly. Now offering monthly & quarterly subscriptions with 30 day refund. Promo code ZEN saves 10%.

Equity markets have bled for two weeks and sentiment has declined markedly. The Nasdaq and Russell indices, leaders for good portions of the current bull market, are pushing lower and have dipped below their 50dmas. But for all of the hue and cry around the decline, the S&P was still less than 2% from previous all-time highs before rallying the past three days to new all-time highs.

The calls of a market top have emerged again, especially since the recent leaders of the bull market, technology and biotech, have sold off more deeply than expected. The NASDAQ fell 2.8% last week, while the S&P was barely lower and the DOW slightly higher. This divergence is irrelevant in my opinion, because the market is in unchartered “runaway” waters. Traditional metrics and divergences have failed during the past 24 months because speculative buying has fueled a “greater fool” rally.

On the Daily Chart, we’re starting to see a lot of volatility and wild intra-day price swings. The early portion of each daily session is being reversed by mid-day, with the result being a series of Daily candles that are much longer than normal. This reflects sessions with wide price swings and a market that’s indecisive. Neither the bulls nor the bears have enough influence to pull the market in their favor.

The bears should be in control at present, and need to prove themselves – the bearish portion of the Daily Cycle is in their favor. The bulls have proven themselves for 2.5 years and it’s only a matter of time (the next DCL) before they buy the current dip too. The bears should have the momentum to bring the current market into a Cycle Low, but they have so far failed at it. It’s been 15 sessions since the Daily Cycle topped, and the current Cycle decline has, to date, been less than 2%. The longer the current “decline” continues, the closer equities are to their next DCL, where a fresh wave of speculative buying should emerge.

Editor’s note: Charts are from last Friday when this was written.  Market action the last three days clearly confirms the author’s prediction thst the dip would be bought. 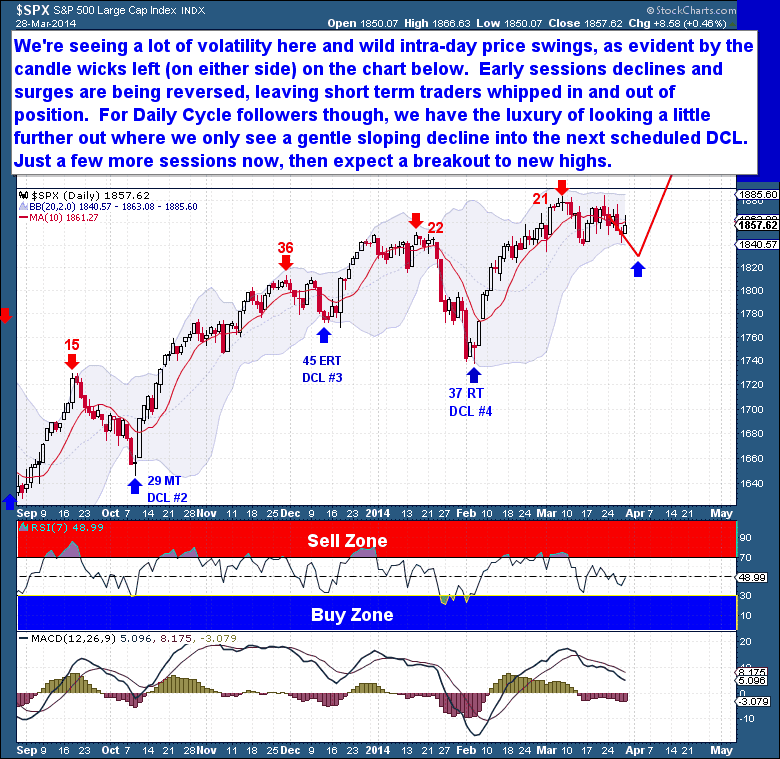 Unlike Gold’s weekly chart, which clearly shows an ICL break-down, the S&P chart shows a Cycle in consolidation. After a 3-4 week sideways consolidation, the current Investor Cycle remains technically sound. Because the next DCL is only 3-7 sessions away, we’re likely to see a sell-off early next week followed by a rally to close out the week. As we’ve seen countless times during the current bull market, a DCL next week will likely leave behind a bullish “hammer candle” before price turns upward and moves to a new all-time high. 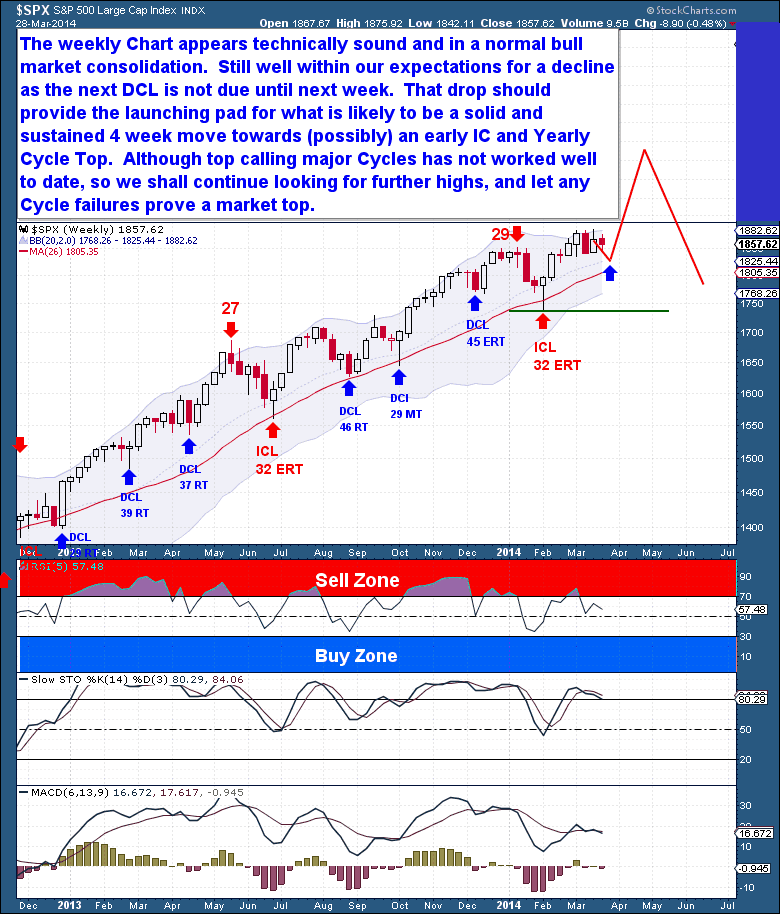 Is Android Becoming the New Windows?

If You Like Your Scam, You Can Keep It

If You Like Your Scam, You Can Keep It