Coal is Poised to Hand Out Hefty Gains

This year has been a trying time for coal industry companies, starting with the fallout from President Obama’s re-election and ending with dim predictions for coal’s future prospects.

The Dow Jones US Coal Index (DJI: DJUSCL) had already fallen from a year long high of $250 in January 2012 to $138 by October 2013. But a look inside the numbers reveals that coal, as an investment, has fairly stabilized throughout the chaos of 2013. 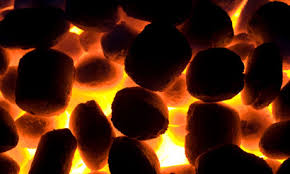 Since July 2012, when the index slid to a low of $135, the decline has abated, although investors haven’t exactly seen significant growth in that time period. But solid coal plays still exist; below we examine our favorite coal stock now.

About 175 US coal plants have already closed, and by 2020 another 100-150 more should be shuttered, as the Obama administration continues to squeeze coal companies with stringent environmental regulations.

But the president has other problems these days, and the coal lobby has done a good job of pushing back and limiting the damage. Moreover, high demand persists for coal overseas, especially versus natural gas.

In a white paper on the topic, the US Energy Information Administration (EIA) points to three key reasons why coal tops natural gas, especially in Europe:

Abundant supply: The availability of low-priced natural gas in the United States has made coal a less competitive fuel for domestic power generation. As a result, favorably priced US exports of coal have been an attractive alternative to natural gas for Europeans.

Electric power sector changes: Following the Fukushima disaster in 2011, Germany retired eight nuclear power reactors, which were replaced with a combination of increased output from renewable sources as well as coal for power generation.

Environmental initiatives: Since coal produces more carbon per unit of heat than natural gas, coal is more affected by a high carbon price. The price of carbon in Europe is currently very low because of sluggish economic activity on the Continent, so many consumers are opting for coal over natural gas. A significant increase in the price of carbon would promote more natural gas consumption and less coal consumption.

But as the EIA attests, with alarming volatility in the US because of government efforts to clamp down on coal production, investors can benefit from increased exports overseas.

Don’t forget, the US remains second in the world in coal production. Demand from a presumably healthier economy should provide coal a short-term boost. According to the EIA, US coal exports rose by about 17 percent in 2012, and the agency has recently upped its coal export forecast for 2013.

Another recent trend that could boost stocks is a bullish research note from Goldman Sachs in early October.

Goldman analysts Neil Mehta and Vinit Joshi issued buy ratings on a handful of coal stocks, and said that if you look at coal as a “sum of the parts” issue, there’s money to be made.

This from Mehta and Joshi:

“The coal sector continues to face challenges including coal plant retirements, high net debt levels and commodity prices below historical averages. But we see some reasons for optimism, including the bottoming of met coal prices, YTD underperformance versus the S&P 500 of 44 percent and some strong company-specific ideas.”

I like both, but Consol has the larger upside. The stock is trading in the $35 range, and should climb another 25 percent to the $45-per-share range, based on good growth prospects, and a recent $3.5 billion divestment of five of its West Virginia coal plants.

The strategy is to shift some of its coal resources over to natural gas, which it sees as growing by 30 percent over the next two years, in terms of production. But Consol isn’t abandoning coal; it’s opening a new doorway to profits while consolidating its coal production resources that are turning a good profit.

The firm earns royalties on any future production coming out of the sale of its five West Virginia plants to Murray Energy.

Consol is also well positioned to keep exporting coal to high-demand regions such as China and India, which have added significantly to company revenues in recent years.

As always, there are some caveats.

With coal stocks largely buried, you can pick off a few points by buying in at serious lows, which seem artificially depressed, given the high global demand for cheap power sources. But most coal stocks aren’t seeing big gains.

Power plants and transportation companies are increasingly shifting their financial resources to natural gas, which has been trading at 10-year lows. Coal providers send 90 percent of their production to power plants, mostly due to affordability reasons. That may sustain itself for a while, but if the Obama White House gets its way, those power plants, which are heavily regulated by Uncle Sam, won’t be so reliant on coal by 2016, when Obama leaves office.

That said, on a stock-by-stock basis (especially Consol), there is still plenty of money to be made in coal. You just have to brush off the dust to find a diamond.