by Jim Hannley, Arizonans for a New Economy

Arizonans for a New Economy (AzfNE) met with the board of directors of the Arizona Bankers Association (ABA) on April 15th in Tucson at the invitation of the ABA. Pamela Powers Hannley, Co-director of AzfNE, presented slides to the board members showing banking trends in Arizona over the last 15 years.

You can see all the data for that presentation, some of which I refer to in this post, here. 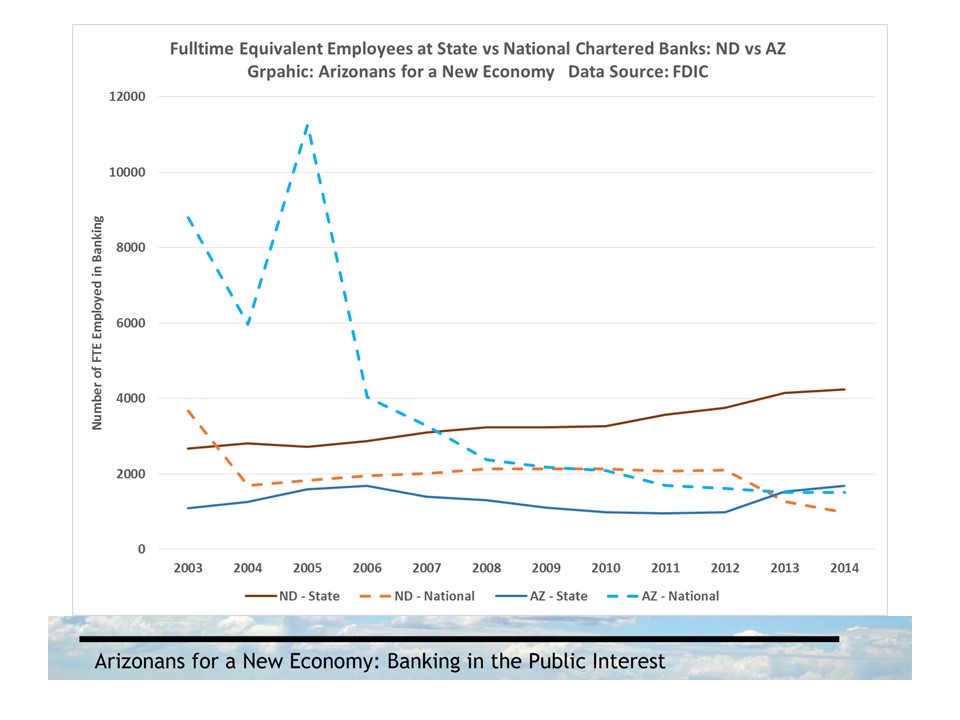 The contrasts with North Dakota are striking, as shown in the graphs. 24% of commercial banks in Arizona were unprofitable, compared to 1% in North Dakota. North Dakota banks had more total assets. The list goes on, all indicators that North Dakota, home of the nation’s only public bank, has a healthier local banking sector than Arizona.

Powers Hannley’s graphs and their underlying data show a startling flight of capital from the State of Arizona. 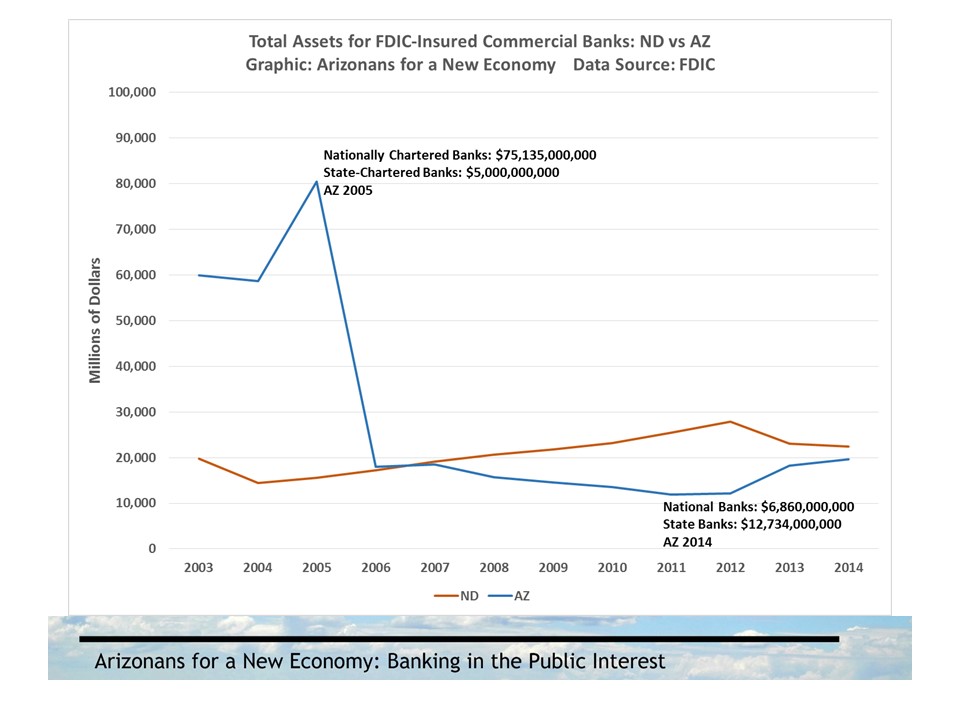 We do not know if these assets were loans, deposits, securities or some combination of these. However, we can draw some conclusions. We know that modern banking runs on “fractional reserve” lending. Under this practice, commercial banks are allowed to lend more than they have on deposit or in other “hard” assets, known as capital reserves. Generally speaking, commercial banks can lend nine times their capital reserves. Therefore, a sharp reduction in bank assets, if most of those are capital reserves, will have a severe impact upon the amount the bank has available to lend (its loan capacity). So, it is safe to conclude that with a severely reduced bank loan capacity, Arizona businesses suffered from a shortage of available credit. Businesses had more difficulty borrowing money on favorable terms for the expansion of products and/or services and the hiring that accompanies business expansion. 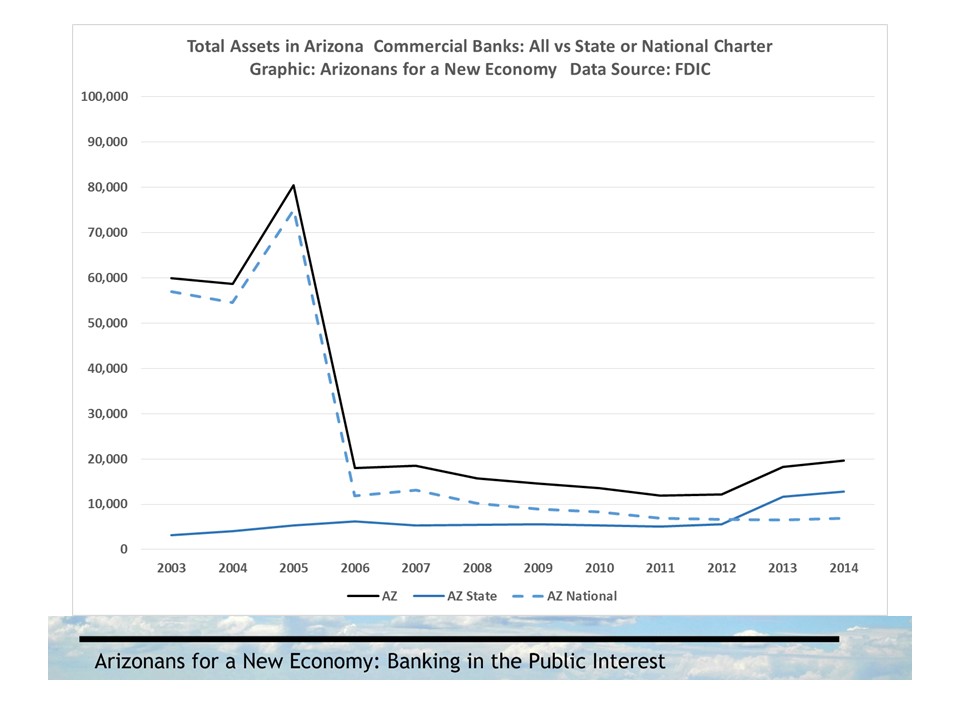 It is hard to tell what caused this flight of capital. We know, for instance that the Great Recession began in December of 2007, well after this event. We also know that the housing bubble did not peak until 2006 and did not reach bottom until 2012. During the housing bubble, new mortgages were quickly bundled and converted into securities called “Mortgage Backed Securities” (MBS) and sold on the bond market. But many of the institutions purchasing the MBS’s were Wall St. banks and the banks that originated the mortgages were compensated when the MBS’s were sold (no loss of assets there). The Wall St. banks must have transferred these assets out of Arizona into home offices on Wall St. or into branches in other states. Also, they must have done this in concert, since the community banks showed no such asset losses. Arizonans for a New Economy wants to know if a similar event occurred in other states and if we can find a corresponding surge in assets in some other state. In fact, we want to know so badly that AzfNE sent this data to the Arizona Dept. of Financial Institutions last week, asking Superintendent Lauren Kingry if he can help us explain it. We’re waiting for his reply.

Uber Customers in the UK Tend to Pay Significantly More

Uber Customers in the UK Tend to Pay Significantly More