Oil hit 2015 high with WTI at $60.40 and Brent at $68.40 end of trading on Tuesday. Crude prices have now risen 50% in just over three months. The overall oil market sentiment is very bullish as CNBC reported hedge funds and money managers raised bets on rising Brent prices to another record, data showed on Monday, pushing net long positions to their highest since official exchange records began in 2011.

Domestic oil inventory has increase almost 21% to 490.90 million barrels as of last week from 406.70 million barrels in January when it hit an 80-year high. The strength in oil is supported mostly by geopolitical news such as:

Oil bulls also zeroed in on the news that Saudi Arabia had raised its official selling prices for its Arab Light grade crude to the United States and Northwest Europe, which suggests some demand recovery. In addition, the International Energy Agency (IEA) chief economist Fatih Birol said on Wednesday that global investment in upstream oil production this year is down around $100 billion, almost 20% lower than in 2014 with the biggest drop coming from the US, Canada and Brazil. That could suggest some supply discipline which, if combined with some demand recovery, could likely lead to an oil price recovery in 2017 time frame.

The bottom line is the fundamental supply and demand situation has not changed that significantly to warrant a 50% run-up in oil. Our view is that the current price level could be sufficient to incentivize oil frackers to start up production (we highlighted the 4,700 ‘fracklog’ wells in the U.S. below in our earlier post), which could again upset the potential oil market self-balancing already in the works. In addition, we do not expect OPEC to come to the rescue to the U.S. Shale by cutting their output in the June meeting either. 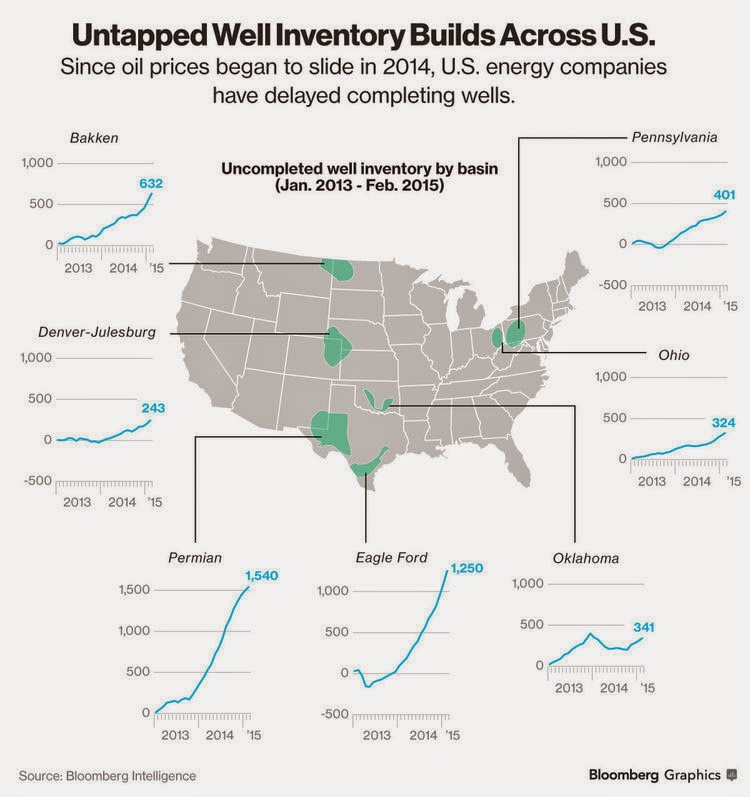 Last night (Monday) API said overall U.S. stocks fell by 1.5 million barrels while stocks at Cushing, Oklahoma fell by 336,000 barrels. The official inventory report will be released later on Wednesday, which we expect would confirm a similar trend observed in the API survey. We think this only suggests a sign of the starting point to work off the oil inventory buildup, but does not change the short to mid term oil market fundamentals, i.e. over-supply + weak demand. The higher oil bulls drive the prices, the worse another crash would be without the fundamental support.

Infographic Of The Day: What Is Actually Inside A Smartphone Or Smartwatch?