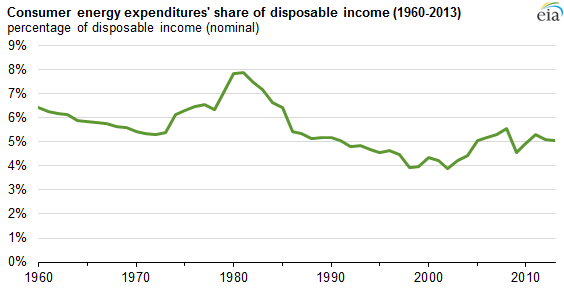 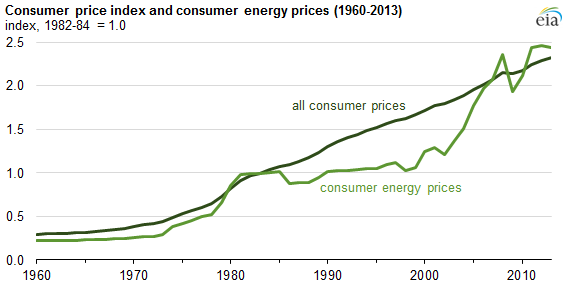 Consumer energy prices have been more volatile than overall consumer prices especially during the 1970s, early 2000s, and again in the recent recession in 2008-09. During periods when energy prices are changing rapidly, they historically have changed quicker than energy use, leading to large swings in energy expenditures as a share of disposable income.

The World’s Financial Response to Ebola