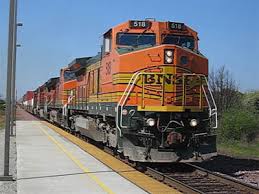 Econintersect: Continued improvement in rail traffic  counts have pushed U.S. railroad data further away from contraction – and now is in positive year-over-year growth across all metrics.

Weekly rail traffic has shown contraction year-over-year on four occasions since August.  The latest data for week 40 of 2011 ending 08 October 2011, rail traffic grew 2.3% over the same week one year ago according to  data provided by Railfax.Rail performance year to date for 2011 has been in an overall downtrend. The four week trendline was holding steady between 3% to 4% year-over-year improvement until late June. This week the 4 week average shows year-over-year growth at 2.1%, up from 1.6% last week. Econintersect believes low growth over 2010 is an economic warning that a recession is possible.  But if growth slows no further, or starts to pick up, the threat of recession will begin to recede.

The Week Ahead: Escape from the Trading Range?