The Fed may pat themselves on the back for creating the ‘wealth effect’ in stocks, and hope like heck that some of this wealth trickled down and through the rest of the economy, but it is quite evident what the Fed giveth on one hand they taketh away on the other hand in terms of higher oil and commodities priceslike gasoline prices.

Remember last year when the EIA`s average price for the year was supposed to be by the fundamentals at around $93 a barrel, and oil basically stayed most of the year above $100 a barrel, and gasoline prices stayed elevated way beyond the fundamentals of weak demand and robust supplies. Well consumers have the Federal Reserve to thank for this market outcome as it is obvious looking now as QE is winding down so is the price of oil, as the QE premium comes out of the market, prices are going back to where they started before the injection of $85 Billion of asset purchases that ended up injecting $20 a barrel premium in the price of oil, and the resultant carry over higher prices in gasoline for consumers. 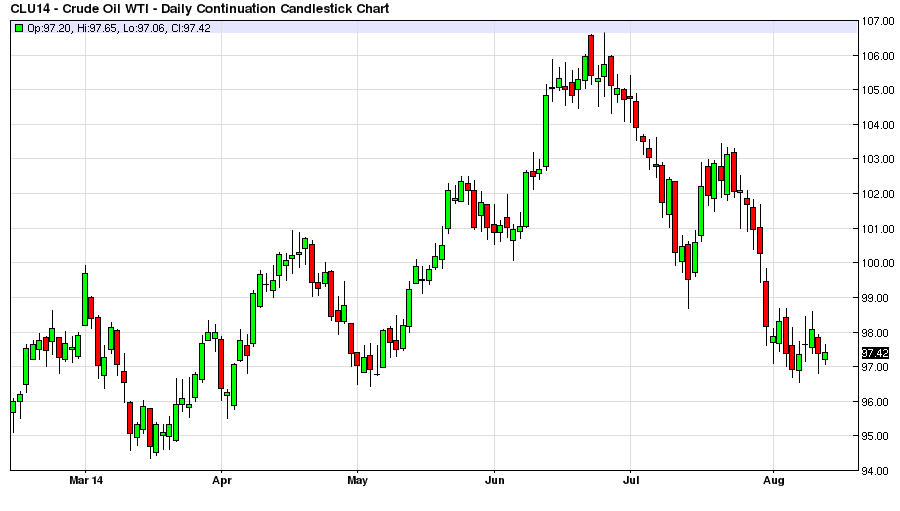 Right before QE oil was trading in the $82-87 range and pegged pretty sleepily at $85 a barrel, then QE starts and boom, the oil markets head to $100 and basically will not go down for the entire year confounding the EIA and many other analysts. And don`t go to the more supplies card or more geopolitical concerns as all in all Libya is probably producing just as poorly right now as they were last year, and US supplies on the whole are in the same ballpark in terms of robust production – if anything the increase in US Production of last year compared to the prior year was more dramatic and should have been a headwind for price last year. Welcome to the Fed Effect on Oil Prices, that $85 Billion of stimulus goes into a lot of places the Federal Reserve doesn`t realize, and oil and gasoline markets get juiced a hefty margin beyond the fundamentals of the market. 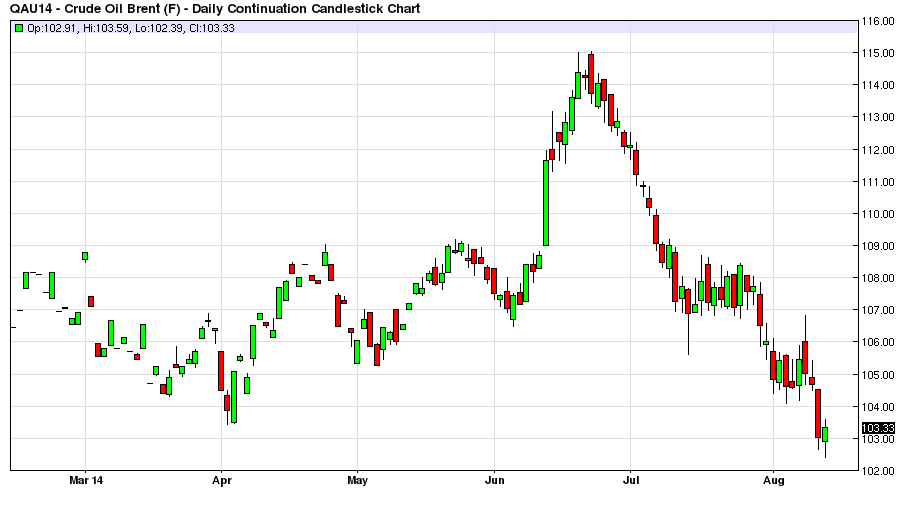 This is one of the factors behind tepid retail store sales numbers as consumers` discretionary income has gone to purchasing gasoline and away from purchasing clothes, purses and mall type items. The other factor hurting retail store numbers is the migration to online purchases and these numbers are hard to capture in the outmoded data reports. Imagine how much more discretionary income could be infused into the consumers` pocketbooks without the QE induced higher gasoline prices of the last “Infinity QE Program” as $85 Billion of asset purchases has to go somewhere. The Fed really needs to think about the side effects of policy decisions: What does better for the economy higher stock prices for 5 to 10% of the US population or lower fuel costs by the entire population? If they actually thought in a balanced manner, and considered all aspects of policy decisions including the unintended consequences of the negative effects of excessive QE Purchases on gasoline prices derivatively from juiced up oil prices, they might actually make smarter decisions and help the economy reach potential faster. 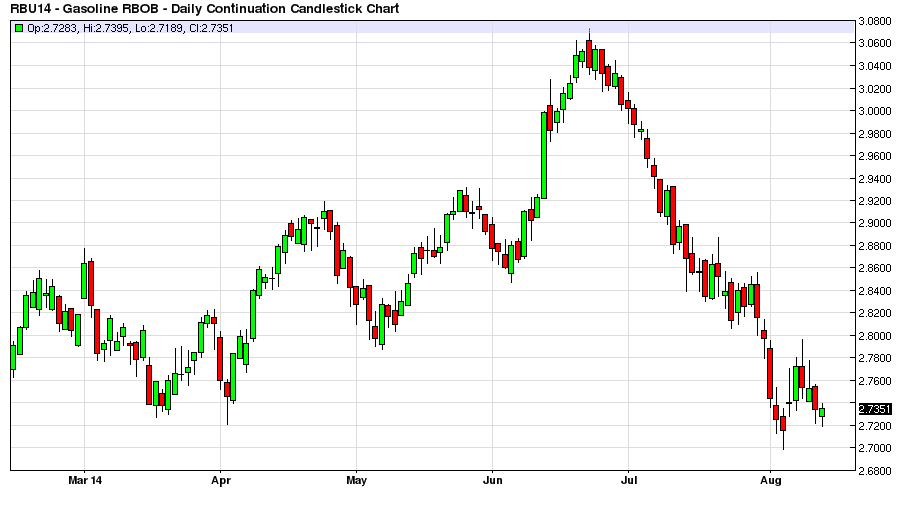 Watch as the QE Premium comes out of the Oil Market how this spurs economic growth for the second half of the year in the retail sector of the economy. The lesson here is stay out of markets, Federal Reserve. Fed policies not only don`t help the economy near as much as they think, they actually hinder economic growth in many areas through having markets diverge from the fundamentals, and promote inefficient uses of capital. As Jackson Hole approaches the Federal Reserve needs to seriously rethink Policy, and just get the heck out of markets and stay out for good. Your only job should be to move the Fed Funds Rate between 3% and 5.5%, and monitor excessive risk taking and unsafe practices of leverage by the big banks, and that is it. There should be no more Asset Purchases or Zero Percent Fed Funds Rates forever, this should be outside of their jurisdiction, and if they cannot manage to keep their hands out of financial markets, then legislation needs to be passed to reign in their power, and keep them from continually meddling in markets which are supposed to be about “Price Discovery” and not manipulation by a government body. 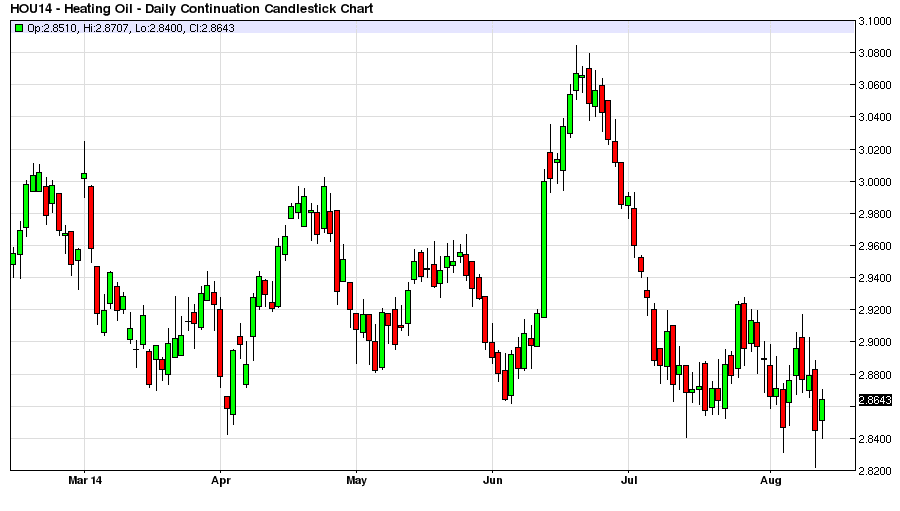 To sum up, Fed Officials need to look inwardly at the damage that their policies do to the economy, as it is obvious we all paid far too much for gasoline the past year by a substantial amount given the fundamentals of the oil market. Yes EIA, your analysis needed to include the ‘Fed Effect’ on oil prices and an annual average price of $93 a barrel went out the window as soon as the Fed started buying bonds. Message to the Fed — get out of markets, and let price discovery begin all over again as you have destroyed financial markets like a creeping cancer by interfering with outright asset purchases. And it will take at least a decade to fully recover and get back to their original purpose of setting a market price for assets based upon actual marketplace of non-government buyers and sellers!

Now I don`t know how low oil prices are going in this recent weakness in the market, and the Federal Reserve will not be fully out of the Asset Purchase business until November starts. The economy is growing better than last year, and should get stronger in 2015. Furthermore, this is the weak part of the year for oil prices as the summer driving season winds down, and traders can push down markets pretty hard on forced liquidation moves.

Sure it is! Last year they managed an $86 handle on a low for the year. However, an uptick in inflation countered by a stronger dollar and an uptick in Cap Ex spending will all play out in setting prices going forward. But the one I know for sure is that oil prices should and would not have performed at the elevated level they did last year without Fed intervention – the average price last year was out of whack with the fundamentals of the marketplace thanks to the Federal Reserve.

How to Profit from the Forgotten Precious Metal