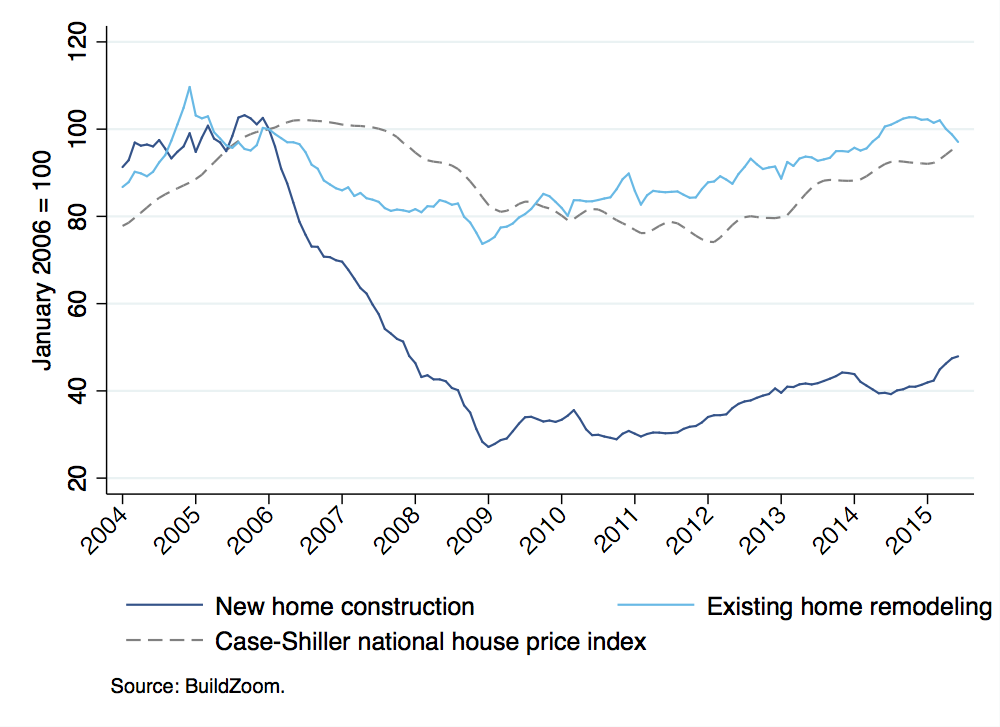 The following tables and graphs present seasonally-adjusted indices of an initial selection of metropolitan areas. 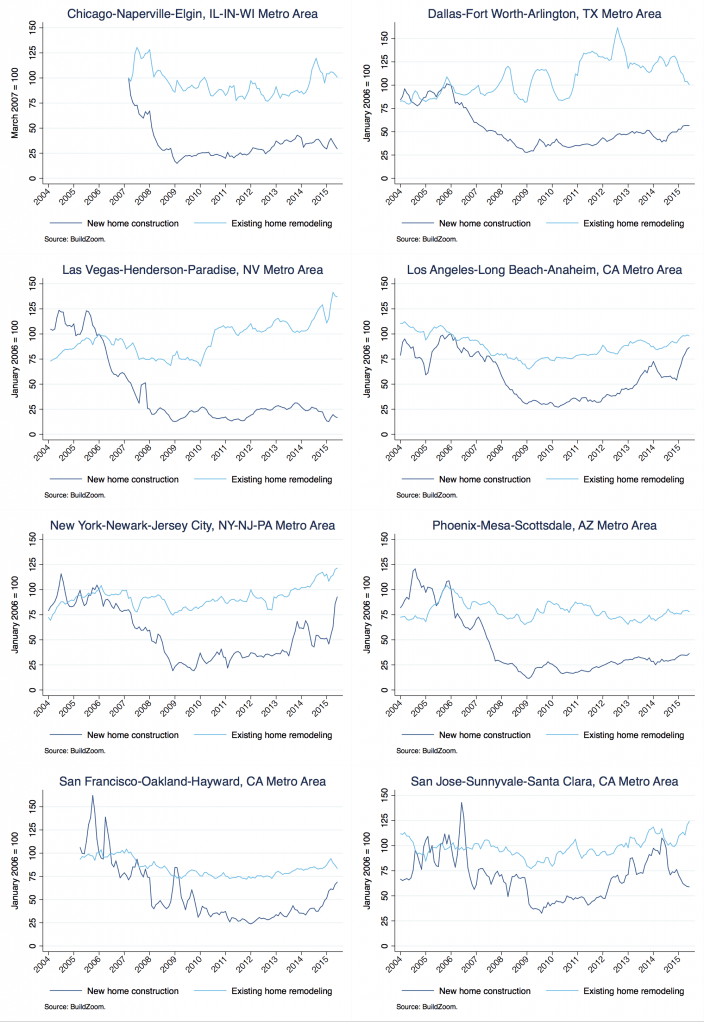 What is the BuildZoom & Urban Economics Lab Index and why is remodeling important?

The remodeling of existing homes is an indicator of economic health whose importance is on par with new home construction. The size of the remodeling market is about $300 billion a year, not far from the $340 billion value of residential construction put in place last year.1 Unlike new construction, which captures the outlook of homebuilders, remodeling more directly captures consumer confidence. Moreover, new construction paints a picture of the economy that is skewed towards conditions in high-growth metropolitan areas – and on their outermost fringe at that – whereas remodeling reflects the state of the economy across a more evenly distributed geography, which better represents the nation as a whole.

The BuildZoom & Urban Economics Lab index leverages BuildZoom’s repository of building permit data using a simple additive chaining method, developed and assessed in collaboration with Professor Albert Saiz (MIT). The performance of the method was assessed using a Monte Carlo simulation study, and a comprehensive account of the method and its assessment is available in a supporting technical document.

The national BuildZoom & Urban Economics Lab index of permitting for new homes is highly consistent with the corresponding numbers of permitted new homes published by the Census Bureau.2 The following graph compares the two (before adjusting for seasonality). 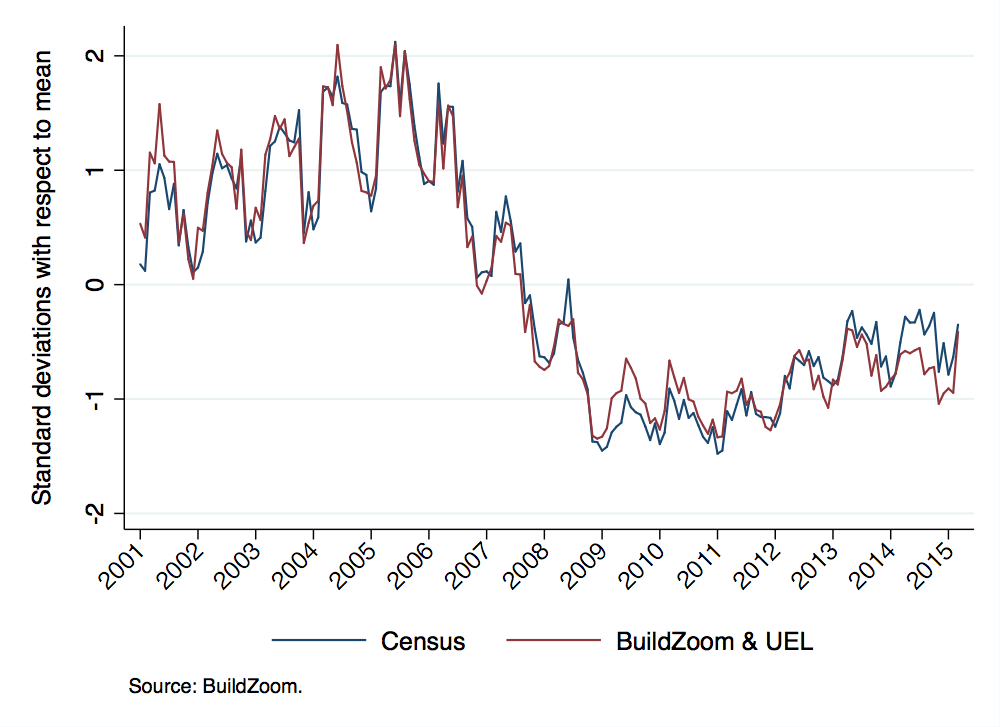 The BuildZoom & Urban Economics Lab index complements residential building permit statistics published by the Census Bureau. The Census’ Building Permits Survey considers only new homes, not existing homes. In addition, whereas the Census figures are obtained from a regular questionnaire asking local governments how many building permits were issued (Form C-404), the BuildZoom & Urban Economics Lab index is compiled from the ground up, based on individual building permit records.

BuildZoom and its partners at MIT are firmly committed to transparency of data and methods. The building permit data repository can be browsed online for free, the indices and their components are available for download, and the method used to generate the index is explained in detail in a supporting technical document. Neither the data nor the methods are perfect, and we openly invite users to inspect the resources provided and alert us to what they find.

Irish Households Lost The Most In The Financial Crisis