There is an interesting sense of dramatic contradictions emerging when one considers on the one hand the outcome of the Greek elections, and on the other hand the statements from some EU finance ministers (for example see this: http://www.bloomberg.com/news/2015-01-27/schaeuble-says-greece-needs-no-debt-cut-due-to-no-interest-phase.html).

Here is a neat summary of official (Government) debt redemptions coming up, by the holder of debt (source: @Schuldensuehner):

This clearly, as in daylight clear, shows 2015 as being a massive peak year for redemptions.

Alternative way of looking at the burden of debt is to compare debt dynamics and debt funding costs dynamics. Here these are for Greece, based on IMF data: 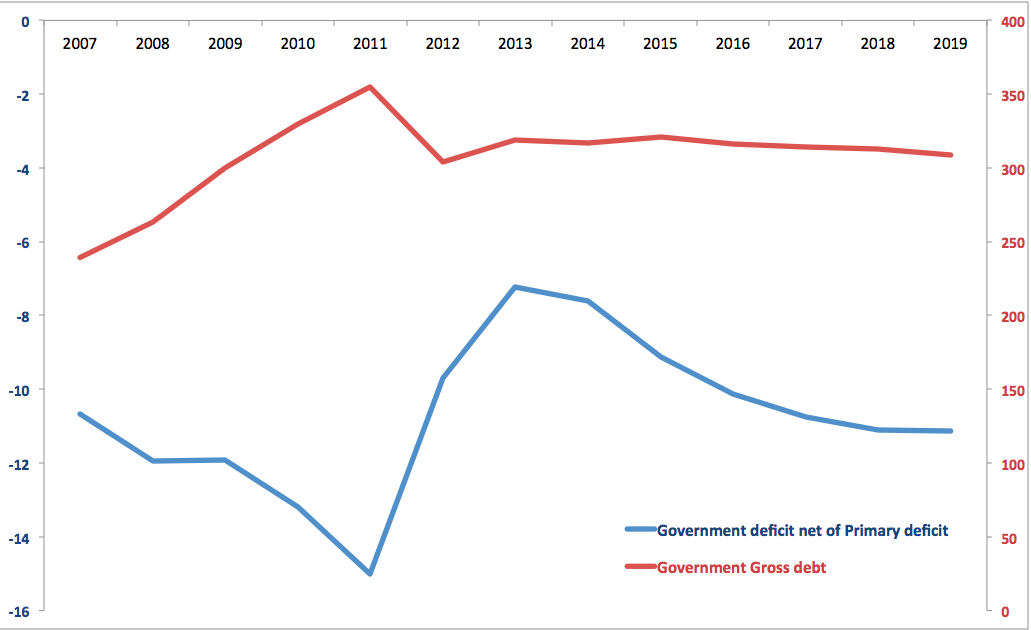 Take a look at the above blue line: in effect, this measures the cost of carrying Government debt. This cost did improve, significantly in 2012 and 2013, but has been once again rising in 2014. It is projected to continue to rise into 2019. So Greece can run all the primary surpluses the Troika can demand, the cost of servicing legacy debts is on the upward trend once again and Herr. Schaueble and his ilk are talking tripe.

Now, consider the red line in the chart above: in absolute terms, there is no reduction in Greek debt to-date compared to 2012. But do note the third argument advanced by Herr. Schaueble in the link above, the one that states that Greek debt reductions have exceeded those forecast under the programme. Did they? Chart below shows the reality to be quite different from that claim: 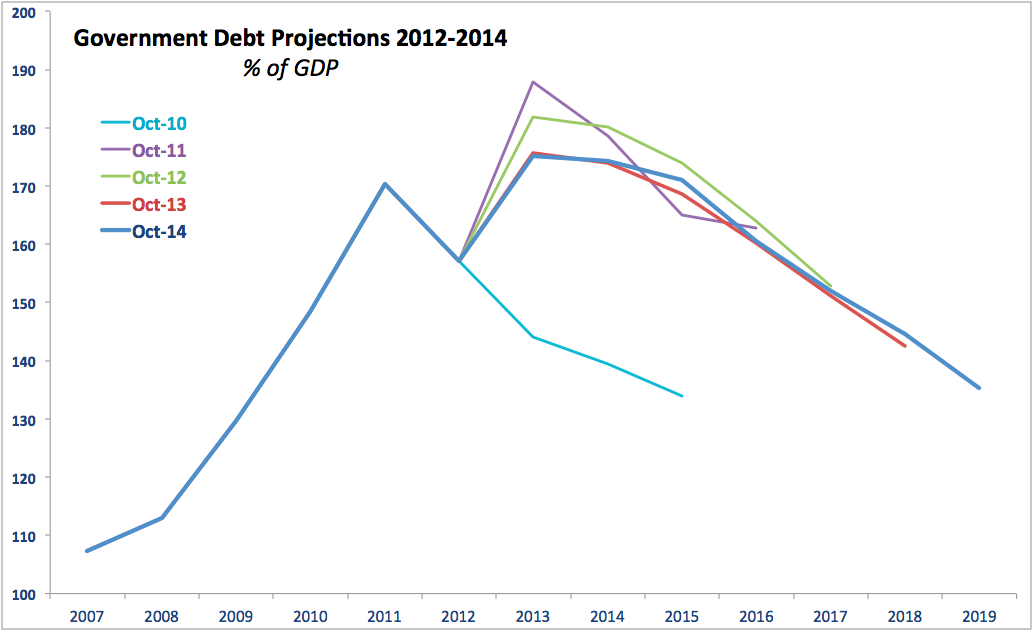 And then again we keep hearing about the fabled end of contagion, ‘thank God’, that Herr. Schaeuble likes referencing. I wrote about this before, especially about the fact that risk liabilities have not gone away, but were shifted over the years from the shoulders of German banks to the shoulders of German taxpayers. But you don’t have to take my word on this, here’s a German view: http://www.cesifo-group.de/de/ifoHome/policy/Haftungspegel/Eurozone-countries-exposure.html#losses.

The End of the World as We Know It

The End of the World as We Know It