A Tale of Two Economies — It Was the Better of Times, It Was the Worst of Times

As quantitative easing comes to an end (apparently) by the Fed and is taken up by the European Central Bank (ECB), let’s compare the behavior of nominal domestic demand in each central bank’s economy and venture a reason for any differences. 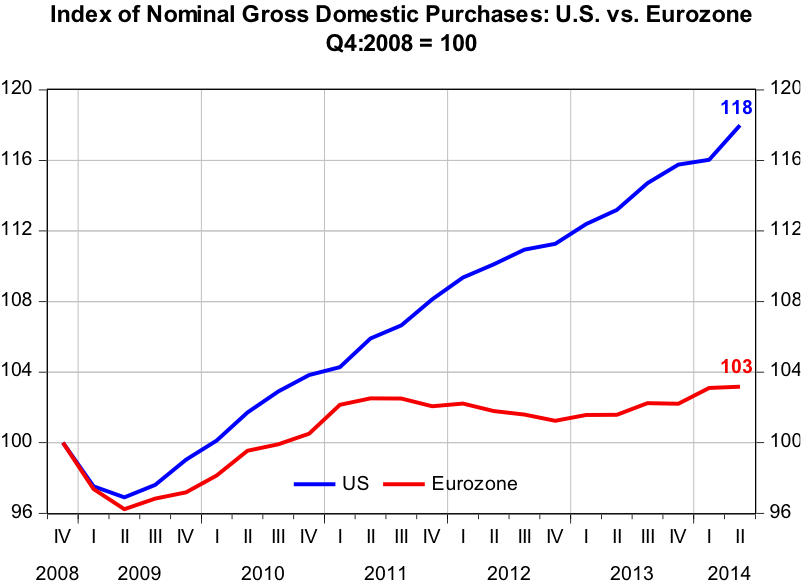 Now, let’s examine the behavior of credit created by the central banks and depository institutions in each of these economies. This is credit that is created figuratively out of thin air. When central banks purchase securities in the open market, such as they do when they engage in quantitative easing (QE), they create credit out of thin air. When the depository institution system expands its loan and securities portfolios, it creates credit out of thin air. Credit created out of thin air enables the borrower to increase his/her current nominal spending while not requiring any other entity to reduce its current spending. Plotted in Chart 2 are index values of the sum of central bank and depository institution credit outstanding for the U.S. and the eurozone, respectively. Each index is set at a value of 100 for Q4:2008. Since Q4:2008, U.S. thin-air credit increased a net 28% through Q2:2014, which works out to be a 4.6% compound annual rate. In this same period, eurozone thin-air credit has contracted a net 2%, or at a compound annual rate of minus0.4%. 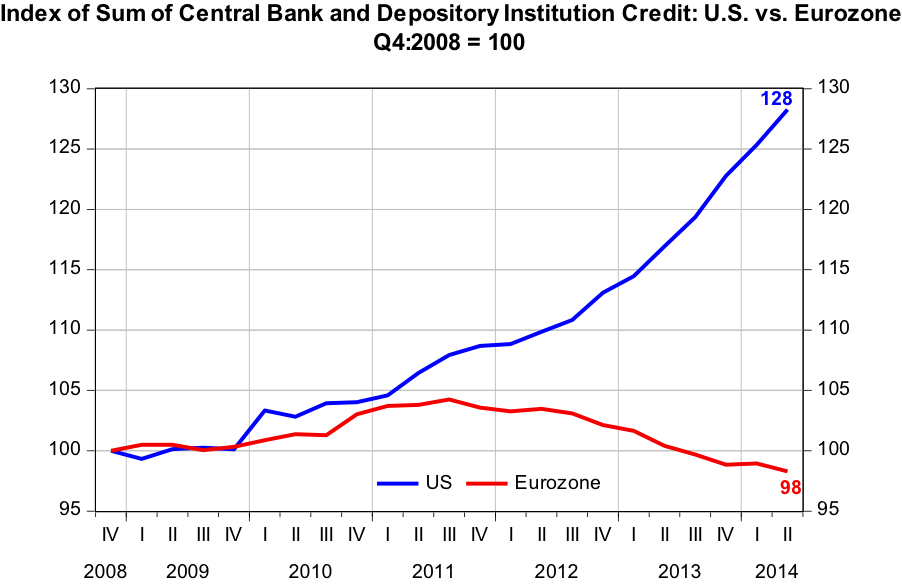 The Fed has engaged in QE in three separate phases in recent years, the first of which commenced in Q1:2009. From the end of Q4:2008 through the end of Q2:2014, U.S. thin-air credit increased a net $3.692 trillion, 82% of which was contributed by the Fed. During this same time period, the compound annual rate of growth in depository institution thin-air credit was only 1% rounded. Recall, that the sum of Fed and depository institution thin-air credit grew at a compound annual rate of 4.6% during this 22-quarter period vs. a long-run median annual growth rate of 7.4%. During this period, the ECB has refrained from engaging in QE and eurozone thin-air credit has contractedon net. Had the Fed not engaged in QE, U.S. total thin-air credit growth would have been quite weak, similar to what the eurozone has experienced.

If Ben Bernanke had looked at some of the Fed survey data when he was Fed chairman, he would not have been surprised that he might have difficulty refinancing his mortgage once he became a “free agent”. Plotted in Chart 3 are the responses to the Fed’s quarterly Senior Loan Officer Survey of bank lending terms related to residential prime mortgage applications. As the housing bubble began deflating in late 2007, the percentage of banks tightening their prime mortgage terms began rising, skyrocketing in 2008. Although the percentage of banks tightening their mortgage lending terms tailed off significantly by 2010, the percentage actually beginning to easetheir lending terms has only begun to meaningfully rise in 2014. 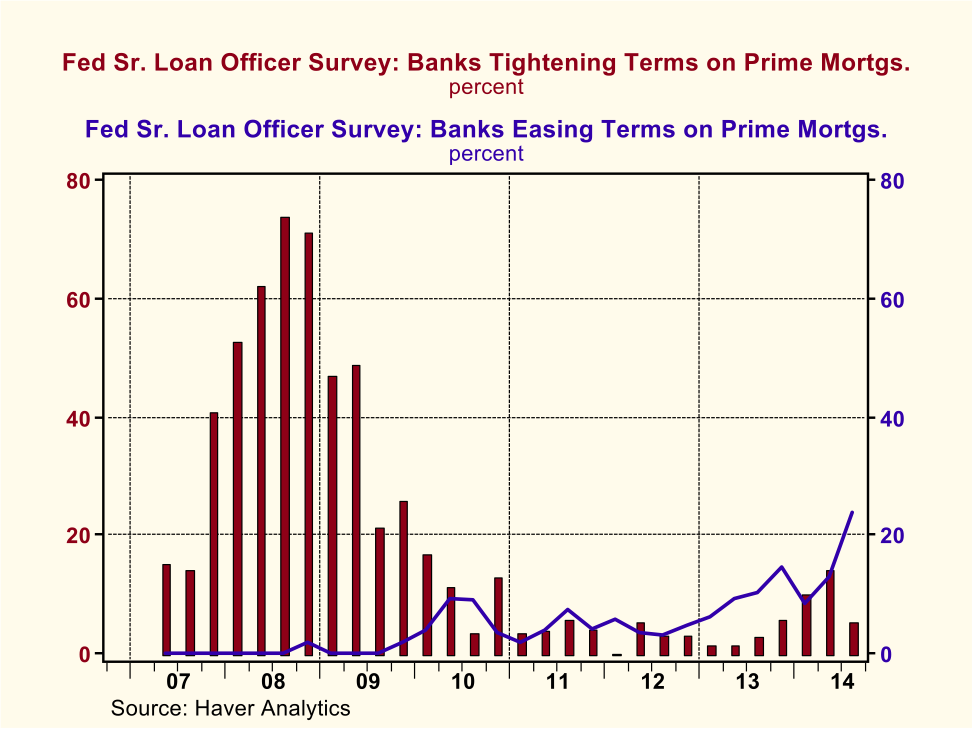 The Fed conducts another quarterly survey that relates to banks’ willingness to lend, the Survey of Terms of Business Lending. Plotted in Chart 4 are the survey results showing the average rate charged by banks in the survey on all commercial and industrial (business) loans minus the Fed’s target federal funds rate. From Q3:1986 through Q4:2007, the median loan spread was 1.99 percentage points. The median spread from Q1:2008 through Q3:2014 rose to 3.05 percentage points, with the spread in Q3:2014 being 2.61 percentage points. These higher spreads following the financial crisis indicate banks’ inability to supply demanded credit because of capital constraints and/or increased regulatory scrutiny. 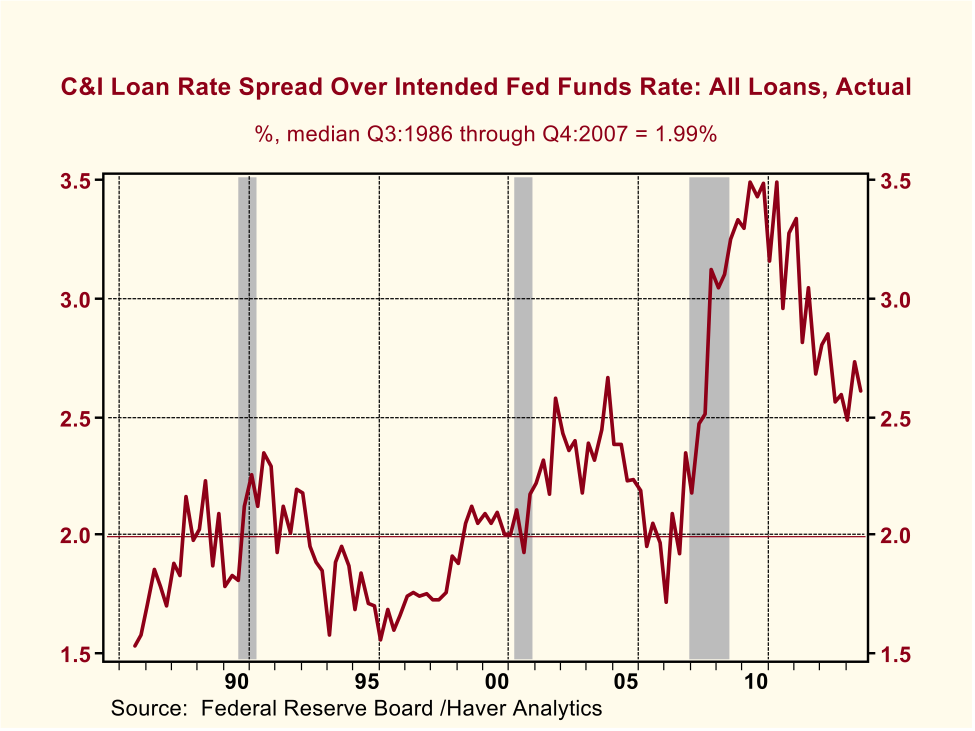 Common Currency: A Forex Scandal that Epitomises the Blindness in the Banking Crisis

Infographic of the Day: Everything You Need to Know About Sleep

Infographic of the Day: Everything You Need to Know About Sleep